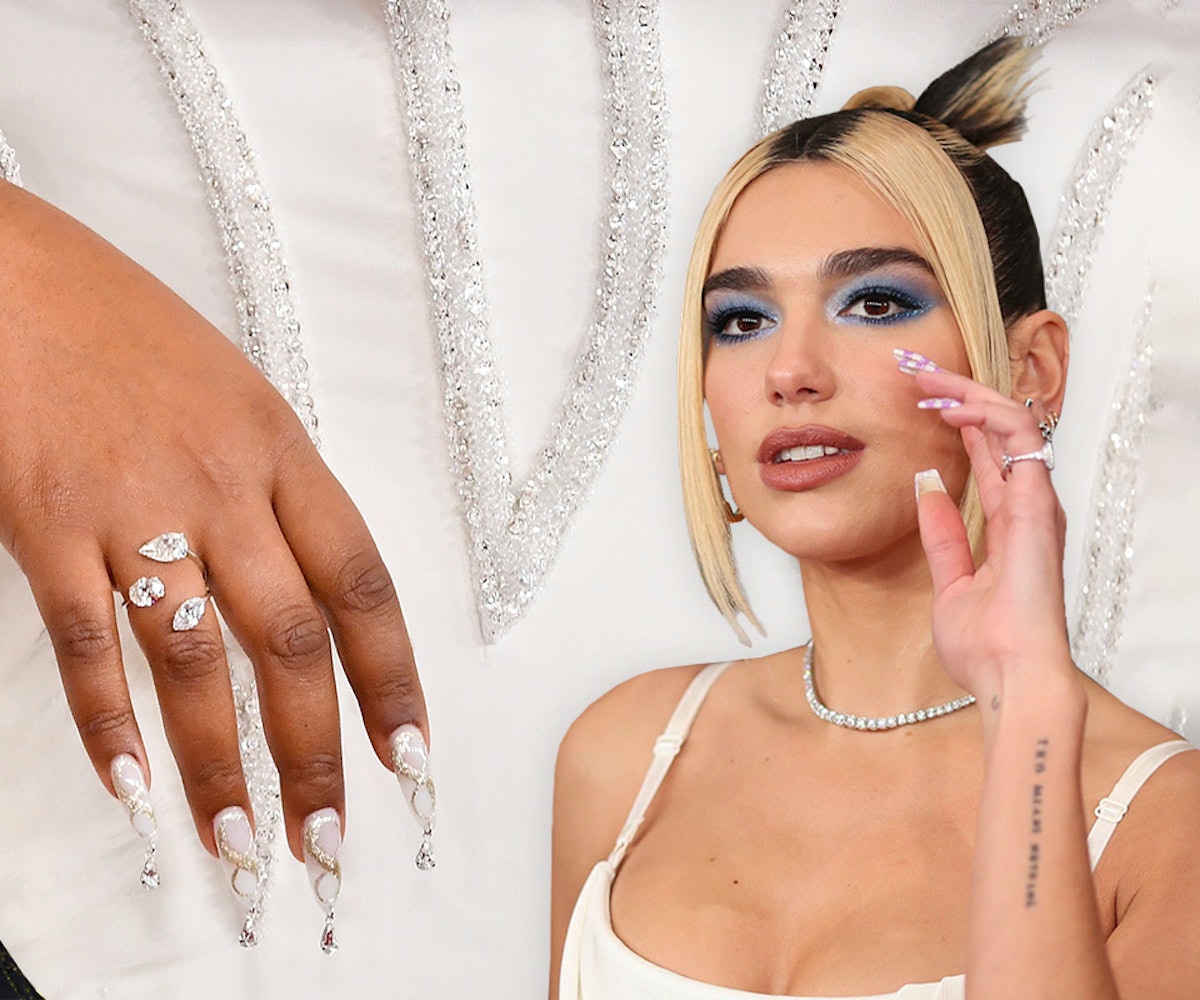 Seeing the best beauty looks that come out of just about any red carpet is a treat, but the nail art at the 2020 Grammys was especially worth talking about. Instead of opting for an outrageous hairstyle or makeup look, the night's biggest stars showcased bold, over-the-top fingertips, dripped in diamonds, crystals, and painted-on logos that will be sure to inspire your next salon appointment.

Unsurprisingly, Rosalía was amongst the manicure showstoppers — so much so that she even caught the attention of red carpet host Ryan Seacrest. During their pre-show chat, the "Con Altura" singer shared with Seacrest that she's admired and played around with nail art since she was teen, a fact that the singer has made clear with her consistent statement nails. Lizzo used her manicure to nod to her eight (!) nominations, with the number painted in glitter on her icy, studded white manicure, topped off with individual crystals hanging off of each finger.

Others made statements with just polish, including Billie Eilish who wore green Gucci logo nails — set to match her green Gucci outfit — and Priyanka Chopra who made a last-minute addition to her classic french manicure; in light of Kobe Bryant's untimely passing the morning before the Grammys, Chopra painted the former NBA star's jersey number, 24, on one nail.

See the nail looks, below.

Dua Lipa gave you pattern and dimension with this purple checkerboard manicure, topped with teeny gems.

A beautiful tribute to the late Kobe Bryant. "Kobe Bryant was my first real introduction to the NBA," Priyanka Chopra shared on Instagram. "He ignited my love for the sport, competition, and striving for excellence."

See: Billie Eilish is committed to both green and Gucci.