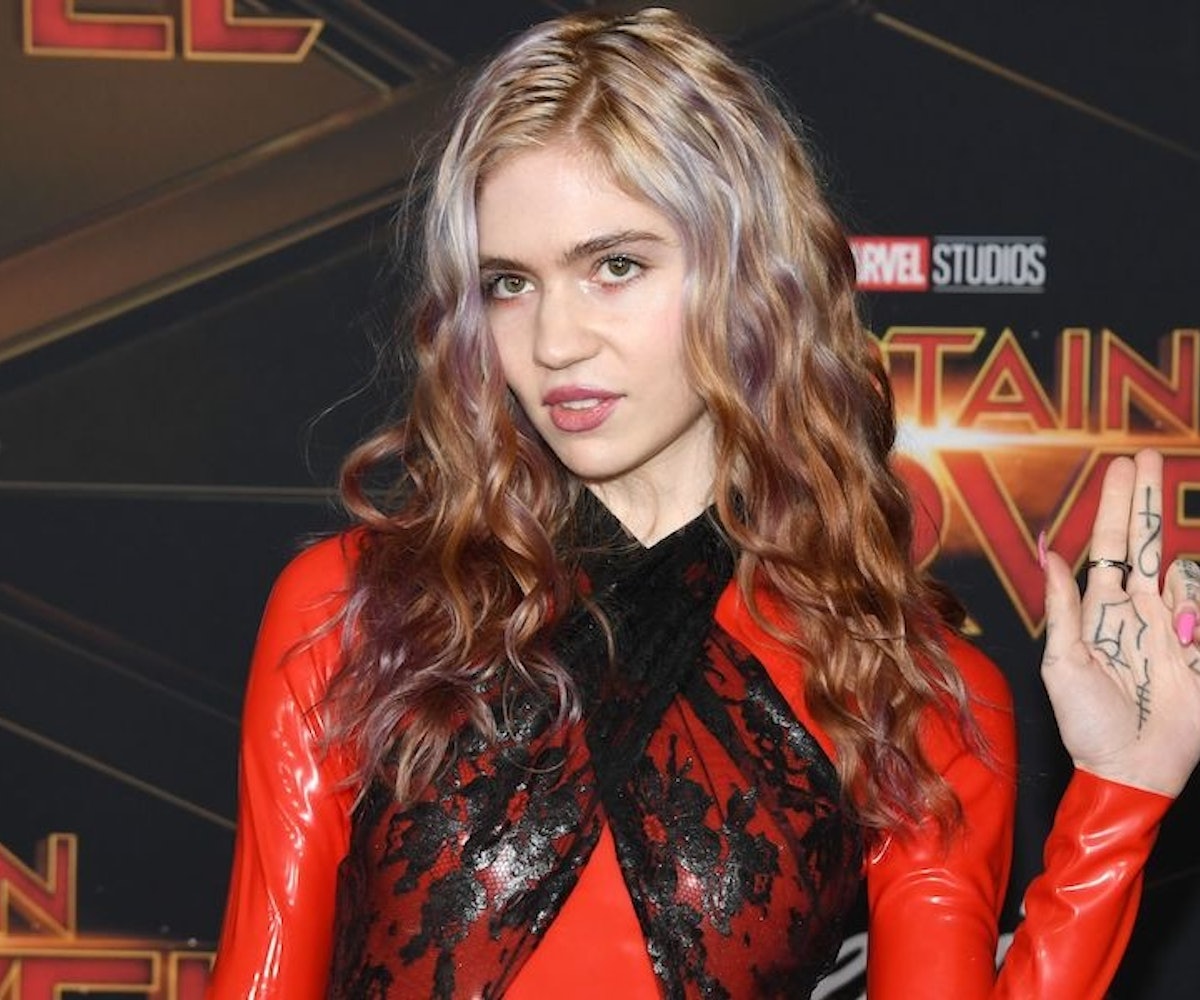 I can always count on Grimes, my personal queen of chaos, to keep me entertained. Not only is she a pop music savant, but every interview she does is almost guaranteed to come with a hilarious, wacky, and extremely Grimes-core anecdote. While speaking with The New York Times about the Miss Anthropocene track "Delete Forever," she delivered another iconic story that Grimes historians will cherish for years to come. She spoke about always wanting to make music with a banjo, only to have the dream cut short when she initially purchased the instrument 10 years ago because she immediately used it to beat a man who was following her. Do not mess with c. Boucher unless you want to get clocked with a country instrument! Considered yourself warned.

"The first instrument, before I made Visions, I bought a banjo. It was like $126. I remember the whole thing. It was my first instrument. I was like 'Oh, I love Dolly Parton. I'm going to make a country record and be, like, a country artist. Which was, like, so crazy," she recalled to music critic Joe Coscarelli. "And then as I was bringing the banjo home — I got it on Craigslist — I was bringing it home and this guy fucking followed me off the bus and followed me into this, like, stairwell of my apartment building. I was like 'Wait, is this guy going to attack me right now?' So I just, like, turned around and just started screaming and beating him with the banjo. And I destroyed the banjo, but he left."

It's one of those stories that's only entertaining with the gift of 10 years passing; men please stop following women! It's creepy and no one likes it! That being said, it's also worth noting that Grimes' breakout single "Oblivion" just so happens to be about being followed while walking alone at night. Life reflects art which reflects life, or something like that.

NEXT UP
Life
Grimes’ ‘Book 1’ Includes A Collaboration With The Weeknd
Entertainment
On ‘Cool It Down,’ A Spitfire Band Matures
Entertainment
YDE On Her EP, Lady Gaga & Making New Short Film 'Send Help’
Entertainment
Getting Ready With Pale Waves For Their 2022 New York City Concert