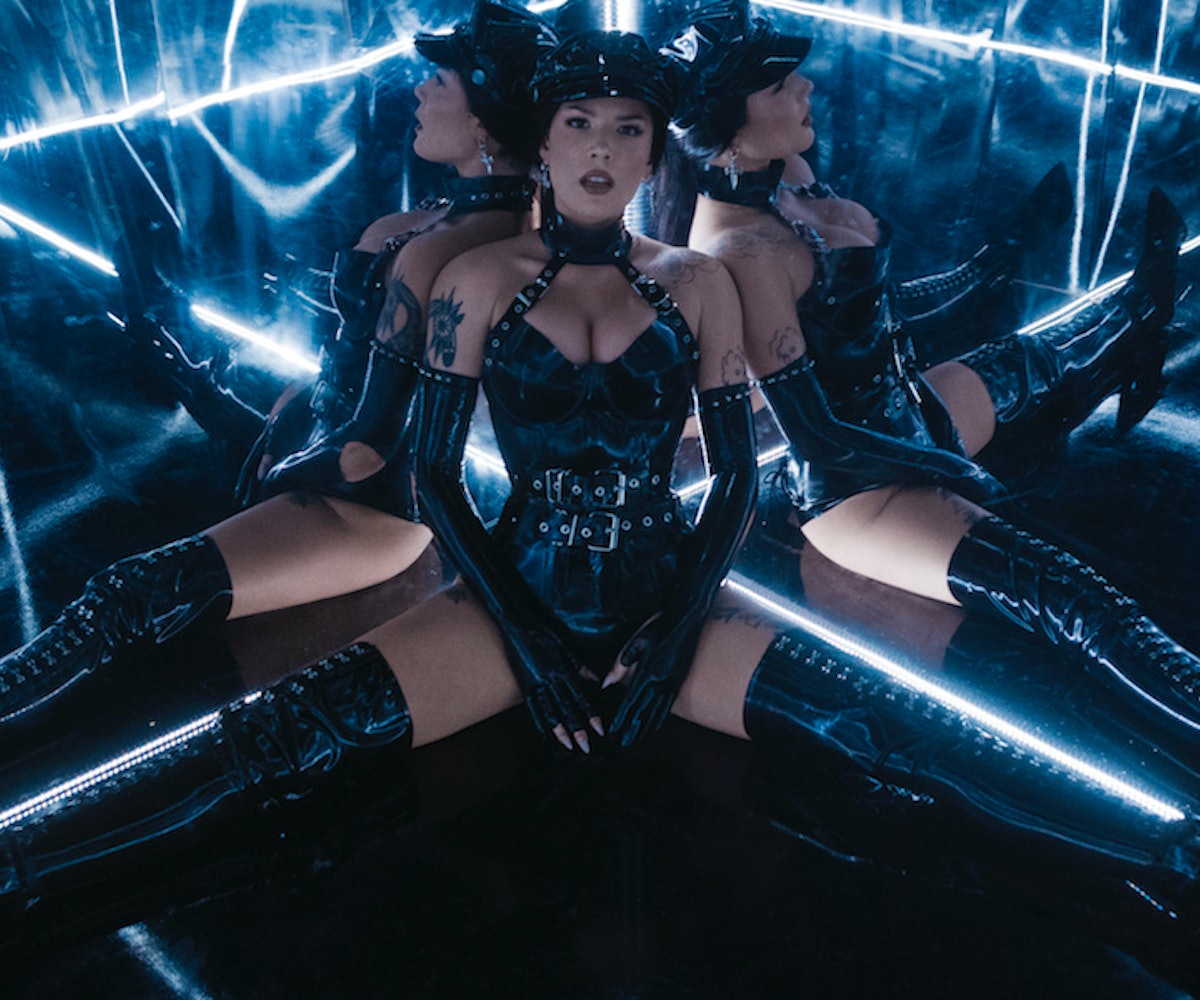 Halsey's new song and video takes on the "Nightmare" that is being a woman right now, and it couldn't be more perfectly timed. Famous faces and fierce punks Cara Delevingne and Debbie Harry—alongside a cast of 100 women—join Halsey in throwing fists at the patriarchy. The video's timing feels perfect as it comes mere days after Alabama and Georgia passed dangerous legislation stripping women's right to abortion. Needless to say, we're feeling more than a bit on edge right now—and Halsey is right there with us, ready to start the riot.

The singer begins the video with a bedtime prayer, "Now I lay me down to sleep, I pray the Lord my soul to keep. If I shall die before I wake, I pray the Lord my soul to take." Wearing a red wig and leopard print bodysuit, she acts as though she's the stereotypical pin-up dream girl—but that doesn't last for long, as the first lines of the chorus break the mold and Halsey is in full-on protest mode.

Though the video feels perfectly timed with the political nightmare, Halsey pointed to her fans as the inspiration for the new material. Halsey shared on Twitter, "Imagine getting onstage every night and seeing young women sweating mascara tears, lighting in their eyes, throwing elbows and raising fists, screaming till the veins in their necks raise under warm skin, and not being inspired by it. This song is about you, for you."

Personally, I'm ready to run through the streets with this song on blast. I can already envision people playing this at future protests, political rallies, ready to eff things up and end the literal "Nightmare" we're all living. It's what Halsey would want, I think.

Watch the video for Halsey's "Nightmare" below and try not to get fired up.