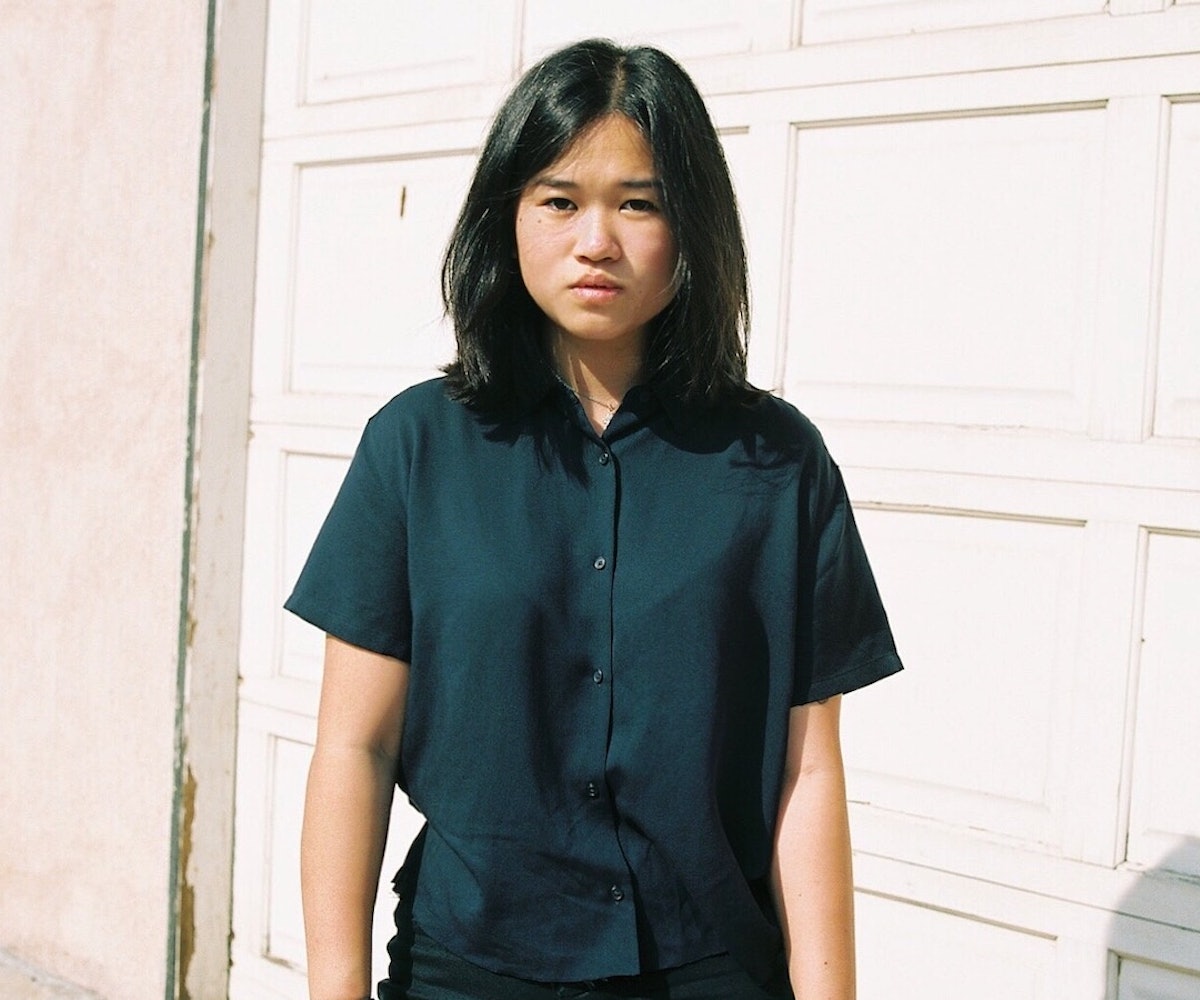 Last Friday, bedroom pop artist Hana Vu released her double EP Nicole Kidman / Anne Hathaway, but when we spoke over the phone earlier the same week, she stressed that those aren't the only two actresses she's currently obsessed with. "I would like to add Amy Adams, Natalie Portman, and Cate Blanchett to the list," she says. "Kerry Washington of course." Before jumping into the actual music featured, she stops and adds, "Elizabeth Banks is my favorite writer, director, actress, actress-turned-writer-director... She made my all-time favorite movies, Pitch Perfect 1 and 2."

Once Vu starts talking about Pitch Perfect, she has no shortage of things to say about pop culture. After quickly giving me the rundown of her favorite songs from the films ("Price Tag" and "Bright Lights"), we're onto another upcoming Banks project: Charlie's Angels. Though Vu doesn't think the trailer for Charlie's Angelslooks very good, she says, "I would like a supercut of Elizabeth Banks walking."

The rapidity with which she pivots into new topics is mirrored in Nicole Kidman / Anne Hathaway: Concluding at just 28 minutes long, with 10 songs total, most tracks don't even crack the three-minute mark — though each assuredly sounds like a full story — something that's reflective of Vu's music-making process. "If songs could not generally [be] finished [recording] within two days, I probably will give up on them or not work on them anymore," she says. "After two days, I can't really pay attention anymore."

Around the same time as Vu's buzzy debut EP, How Many Times Have You Driven By, dropped in June 2018 — which she self-wrote and produced when she was still in high school — she began writing Nicole Kidman / Anne Hathaway. "I moved out of my parents' house a couple days after I graduated high school. I was living in someone's garage at the time, and I started writing." She's used the experience of writing this double EP — as opposed to an album — as an opportunity to continue learning as she creates. "I've gained more of an understanding of what my style sounds like," Vu says. "I'm learning different techniques all the time, learning instruments. I'm getting better at knowing which is an instrument I play that I'm very bad at," she says, laughing.

She's not opposed to creating an album, but she insists Nicole Kidman / Anne Hathaway didn't make sense to package as an LP. "I don't think the production is a level of quality that I would want something to be titled as my debut record," she explains. "It's quite short; [there are] some songs I think I want to release but aren't full songs." But even 10 short songs on an EP would be quite a lot, so she split it down the middle, with no thematic association with either actress she named the EPs after.

Both Kidman and Hathaway are subjects Vu could talk about at length — her favorite works are Princess Diaries and Big Little Lies, respectively — but not necessarily in how they relate to her own musical material. They are just her favorite actresses, plain and simple. "You know what? If someone wants to over-intellectualize it, I'm open to that as well," she says. "Mainly, I just think it's kind of funny." With that said, now that it is out, it's up to the fans to concoct theories on why songs like "Actress" and "Passenger" are more Hathaway than Kidman.

Naturally an EP this worthwhile and full of potential begs the question of what it would be like if Vu played for just a bit longer, wrote just a few more words. If we're lucky, Vu will pour her same excitable energy for talking about Kidman's wigs and how Pitch Perfect jump-started Ben Platt's career into a debut album when the time is right. Perhaps she'll even title it Elizabeth Banks.