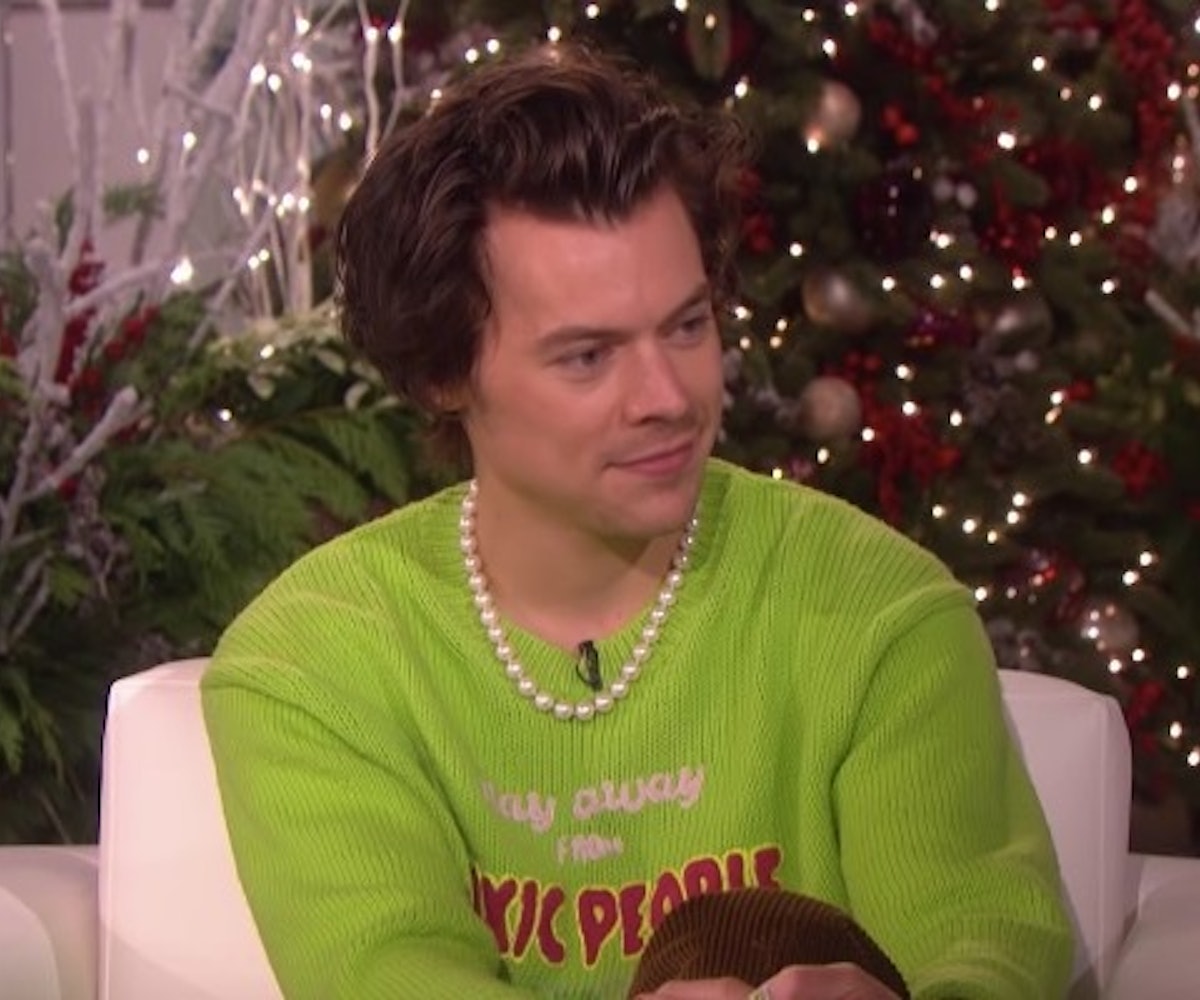 Harry Styles wore your new favorite sweater during an appearance on Ellen, brought to you by The Marc Jacobs and emblazoned with the phrase "Stay away from toxic people," which also happens to be our own personal mantra going into 2020. The Fine Line singer's bright knit is part of a collaboration between artist Magda Archer and Marc Jacobs, and to finish off the look, Styles paired the sweater with brown flared corduroy jeans, also by Jacobs. Oh, and did I mention he also wore a pearl necklace? Because Styles wore a pearl necklace!

It probably got a little hot for Styles under that sweater after Degeneres brought up his friendship with Kendall Jenner, who he once dated. Styles recently played "Spill Your Guts" with Jenner while he filled in for late-night host James Corden, where he chose to eat cod sperm rather than tell her which songs he'd written about her.

"So when you hosted for James Corden, your guests were Tracee Ellis Ross and Kendall Jenner. And you and Kendall are really good friends now, right?" Degeneres asked him.

"Yeah, we've been friends for um, a while now, yeah. Like several years," Styles said before Degeneres added, "That's sweet that y'all are really good friends."

From there the two exchanged a handful of awkward "yeahs" and "rights" before switching to the next topic.

At least he looked good though!