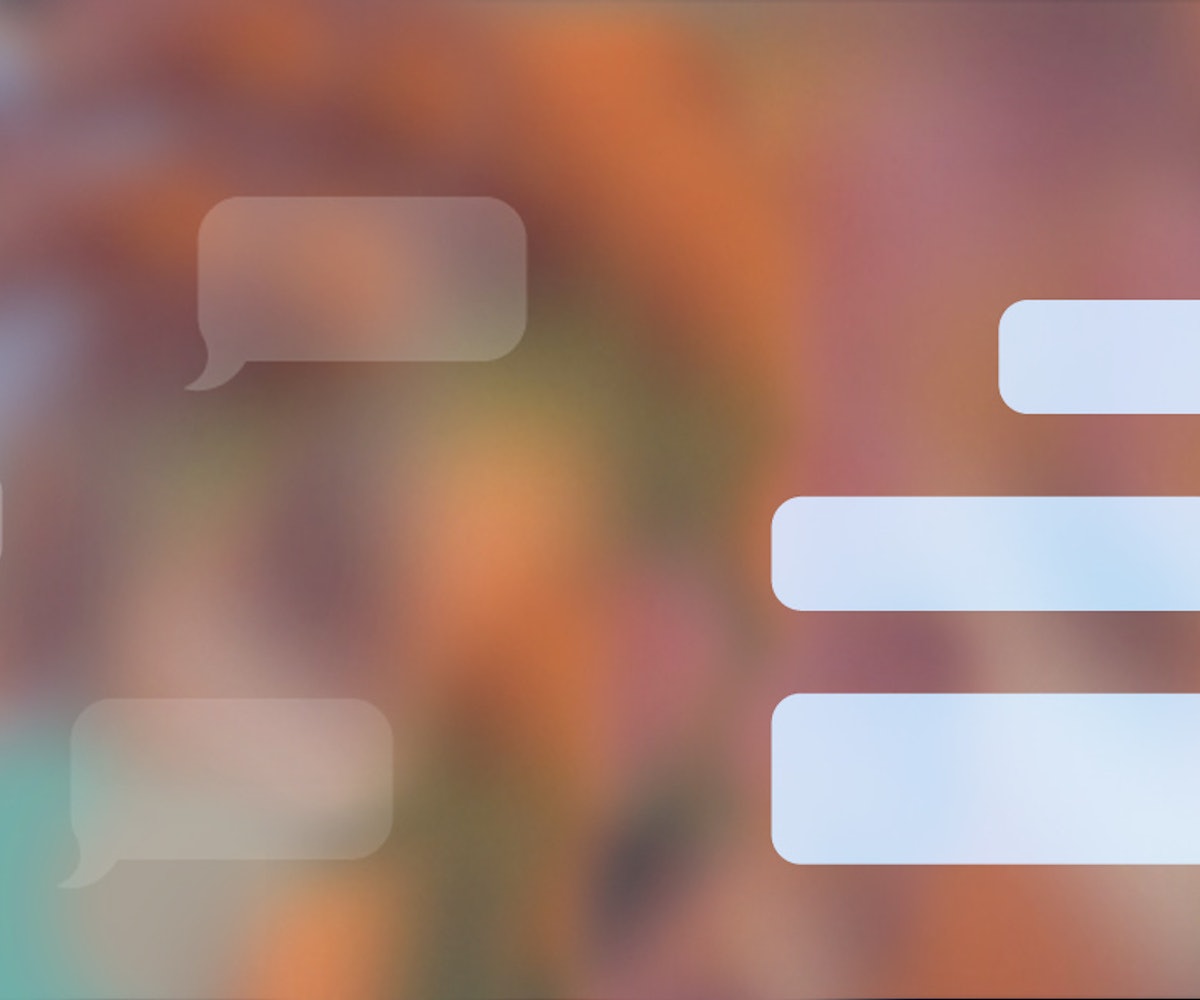 Modern dating dictates that the practice of ghosting is cruel and inhumane, a brutal denial of closure which leaves the ghosted to pick apart every relationship interaction, obsessively searching for what went wrong. I've never really initiated a breakup but I do date a lot, which means that I'm a seasoned veteran of getting dumped. And at the risk of positioning myself as suffering from a strange sort of Stockholm Syndrome, all this experience with rejection has left me with a grim but ultimately freeing realization: Ghosting is no more dishonest than any other kind of breakup.

We tell ourselves that confrontational breakups—frank discussions in which we openly process what isn't working—are superior because they're honest, while ghosting is cowardly. But the truth is that no breakups are honest. People very, very rarely understand their desires well enough to be aware of the real reason why a relationship can't continue.

You know the little voice in your head that tells you someone is bullshitting when they explain why they're dumping you? That voice is so often right! But we—especially women—are taught to ignore our own intuition and experience in favor of accepting someone else's self-reporting, in favor of respecting their truth. That's all well and good, but how many people are actually facing their own truths? Best case scenario: They're telling you the same story they've told themselves, and in that sense, they're being as truthful with you as they can be. But it's almost never the real story. It's never the nagging, inexplicable hunch that you aren't really what they want.

The usual "gentle" breakup excuse in casual dating is that someone feels too distracted by another emotion to be an available partner. Someone I fell hard and fast for a few dates in once told me, after I tried heroically to rescue them from their own flakiness with my persistence, that they'd just broken up with another partner and weren't in the mood to date anymore. These rejections, which come as a result of someone feeling too overwhelmed by grief or stress, are the highest form of breakup bullshit. If we were genuinely compatible—if that person had truly found strength and solace in me—then I would be the first person they'd want by their side when they were grieving. I would be the person they felt compelled to be close with when another partner broke up with them, or when their dad died, or when they were swamped with a career-defining work project.

Ghosting carries with it its own kind of honesty. Someone can't admit to themselves why they're leaving you, and so they don't even bother inventing a kind premise. And obsessing over what went wrong is not the pathological self-harm we make it out to be; it's often the most direct path to clarity. In many cases, we're more likely to reveal a satisfying answer to the question of what went wrong by analyzing our own experience than by listening to someone else's made-up let-down. Your gnawing insecurities, the ones that present themselves when you don't have a clear reason for why something ended, offer a grain of truth that we're coached to repress, because having insecurities is "bad." But insecurities are not the enemy. It's useful to know that you're simply too needy for some people, or too cold, or too overbearing. And that doesn't mean that you're unattractive to everyone.

These sneaking suspicions are actually healthy filtering mechanisms which get us closer to a good fit, someone we feel safe with who's compatible with our flaws. This isn't to say that we shouldn't actively work on those flaws, especially if they're standing in the way of getting the results we want. But there's nothing wrong with listening to the bells when someone's breakup reasoning rings false and trusting your own intuition instead. And there's nothing wrong with finding respect and honesty in a ghost. They don't know how to tell you it's not working because they don't know why themselves. Of course, a part of them probably does know and so even if they were to tell you "honestly and openly" that they didn't know why it wasn't working, that, too, would be a lie. The inability to confront and articulate desire is the pervasive problem, here, not the breakup delivery method.

Ghosting comes with a kind of comfort, a compassionate realization that the object of your affection is probably suffering a great deal of inner conflict, none of which has anything to do with you. It's a conflict so distracting that they can't even sort out their own romantic impulses, which, on the whole, is a much thornier problem for them than the one you're facing. In knowing what you want, even if what you want is somebody who's abandoned you, you ultimately possess a great deal more power than your ghost. Allow your anxieties about the ugliest parts of yourself—the parts that justify your abandonment—to rise up and spill out. Eventually, you will empty. Eventually, you will calm. And in that quiet vacancy, someone else can find the space to haunt your heart.

NEXT UP
Life
The Spiritual Meaning Of May 2022’s Full Flower Moon Lunar Eclipse In Scorpio
Life
Margot Robbie Could Replace Johnny Depp in Pirates of the Caribbean
Life
I Tried BeReal, But Was I “Authentic” Enough?
Life
In Praise of the Gossip Girl Choir Performance of "Glamorous"