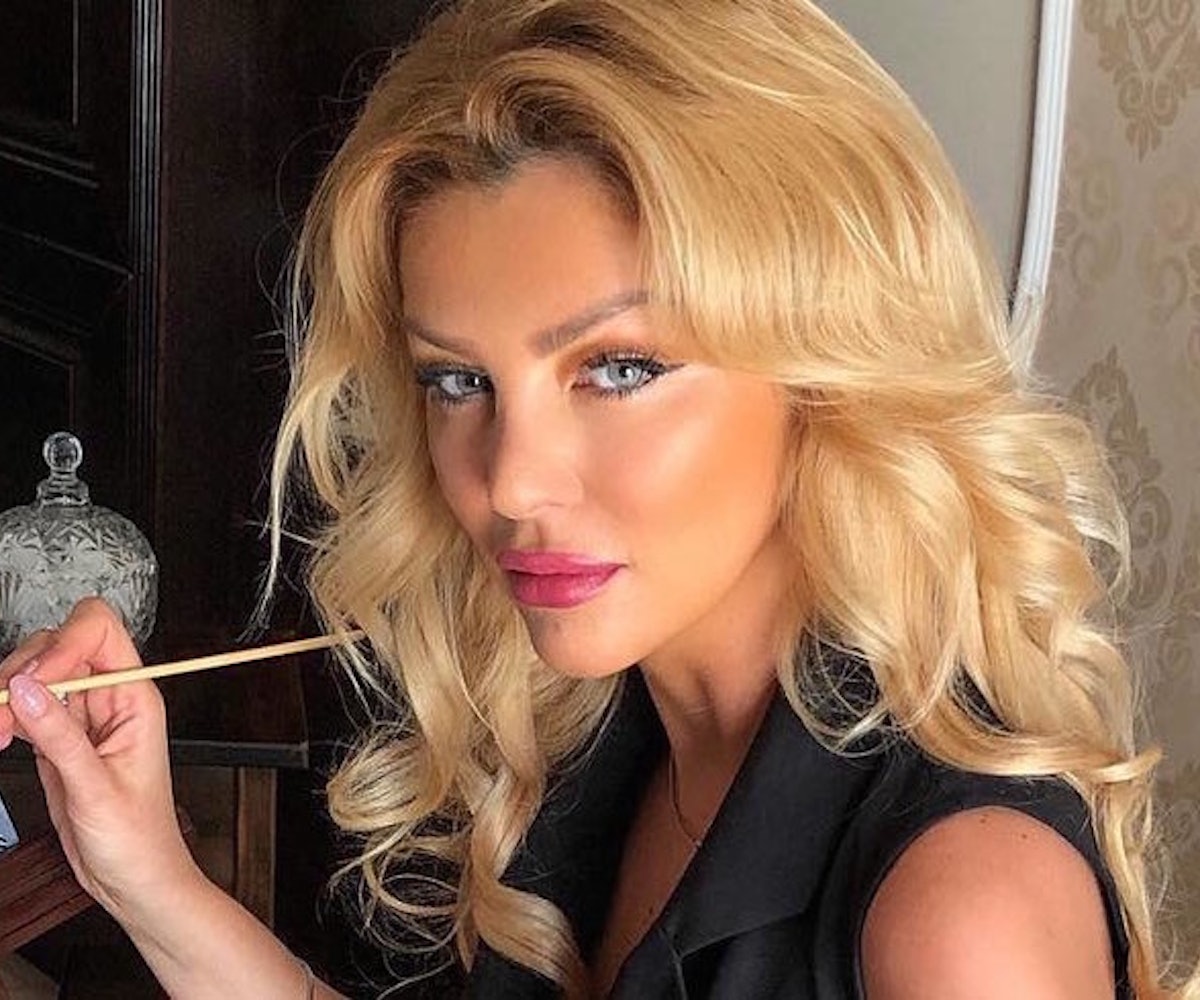 Influencer Cristina Szeifert has faced a bit of backlash on the internet after critics have accused her of faking her painting talents. It all started on Reddit when one user collaged a series of her images and noticed the palette in Szeifert's hand never actually changed after months of painting. Since then, Szeifert has done an interview with Buzzfeed News defending her talents, and yesterday, posted a video of close-up shots painting smaller details on a recent painting to prove her work.

Take a scroll through Szeifert's Instagram and the palette is definitely not the first fishy thing that will stick out. The fact that Szeifert is completely free of rogue paint on her clothing and skin and that she never uses drop cloths are details that Reddit users have pointed out to suggest Szeifert hadn't just completed a painting. But those things can be excused as only debunking the timeline, not her talent—like, why not tidy up for a better IG photo? Of course, it would probably help her case if Szeifert used the same tools she used for the paintings in her posed faux-candid pics later on (user @missalyssajules pointed out that this was the case one one recent photo), but, hey, maybe it didn't look as cute in Szeifert's hand?

Szeifert provided photos of her workstation to Buzzfeed News to show why they were not IG-worthy, saying, "You can imagine why I don't post it like this," but if you scroll through old posts, the images are literally found in this post from February 28. So you... do or don't post like this? I'm confused.

Perhaps if Szeifert posted a video that showed her actually painting, rather than just a close up of her very manicured, clean hands lightly stippling the edges of a canvas, doubters would become believers, but, um, that hasn't happened yet.

After the accusations surfaced online, Szeifert posted a few more closeups of her painting to Instagram, including one that is *slightly* further back (but still lacks the basic set up used by most painters), which she captioned, "I just wanted to clarify that due to the negativity going around in the last days. All my paintings are made by my self as this one. I don't always use a palette as I don't have one in London. I love painting and it will always be my passion. I want everyone to cherish creativity and do something constructive and positive for the world instead of spreading hate and negativity."

And, honestly, I say we should all believe her. If someone actually wants to take credit for those painting, why not let them, you know?