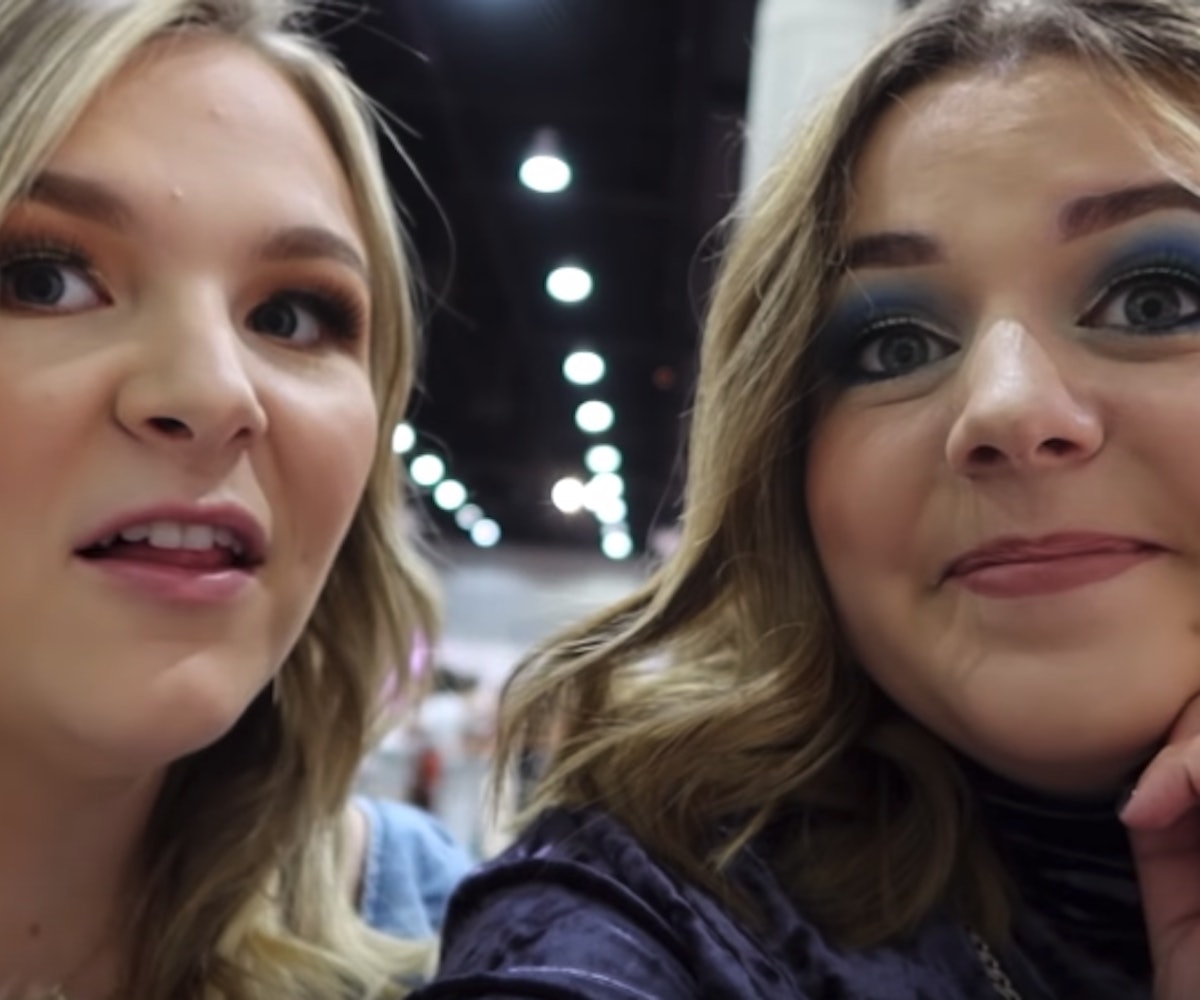 Sierra Schultzzie and Skylar Pollitt, two influencers who were invited to BeautyCon, released a vlog in which they claim they were treated "like absolute garbage" at the beauty event because of the way that they looked.

Schultzzie, who is plus-size, uploaded the video to her channel, which documented the pair's experience at the annual event. She says she started the day off feeling very confident with how she was dressed, talking about how she had made the choice not to wear Spanx with her dress. Schultzzie and Pollitt, who is currently pregnant, say they dressed up and got their makeup done by a makeup artist but felt that, once they got there, they were "still being treated like shit."

Schultzzie and Pollitt said that they tried to use a photo booth for talent only (which Schultzzie was), but that Schultzzie was looked "up and down" by the attendant and told that they were only bringing in "specific talent." They also claim they got attitude from other people who were attending the event. At one point, apparently, they were shooed away from a photo booth by a woman who wanted to get her photo taken. Schultzzie noted that the same thing happened to her last year: "It's not about what you do or who you are, it's about what you look like."

According to them, they then waited in line for Schultzzie to walk the red carpet for an hour and a half, which she said was "the biggest waste of my time, ever." She explained, "I think they took two pictures of me, I talked to one reporter, and that was it."

They also claimed that they were not fed at the event, even though they were promised food. Pollitt stressed that she's "super pregnant," and said that, later on in the day, she felt faint from the lack of food. Though there was food in the main stage of the event, Pollitt said that "the idea behind the talent area is, you can get mobbed if you go out to the main stage," noting that food gets brought to the talent area for safety.

Schultzzie said that her body was scrutinized by the woman at the booth as well as the photographers on the red carpet. "It was because I'm fat, and I'm not a tall, Instagram baddie-looking girl." But, she said, the treatment they both got is more indicative of the entire beauty industry than just BeautyCon.

BeautyCon employees, including CEO Moj Mahdara, hosted an Instagram Live on the brand's page during which they may have indirectly addressed these claims. "We disagree with the comments that they're publicizing out there about this company and who we are," they said. "We take offense to someone calling us out for not being inclusive, for not being diverse. We spend so much time internally talking about inclusivity, diversity, to talk about acceptance of body types, body stigmas, ethnic stigmas."

See the vlog, below. We have reached out to BeautyCon for comment, and will update this story with their response.