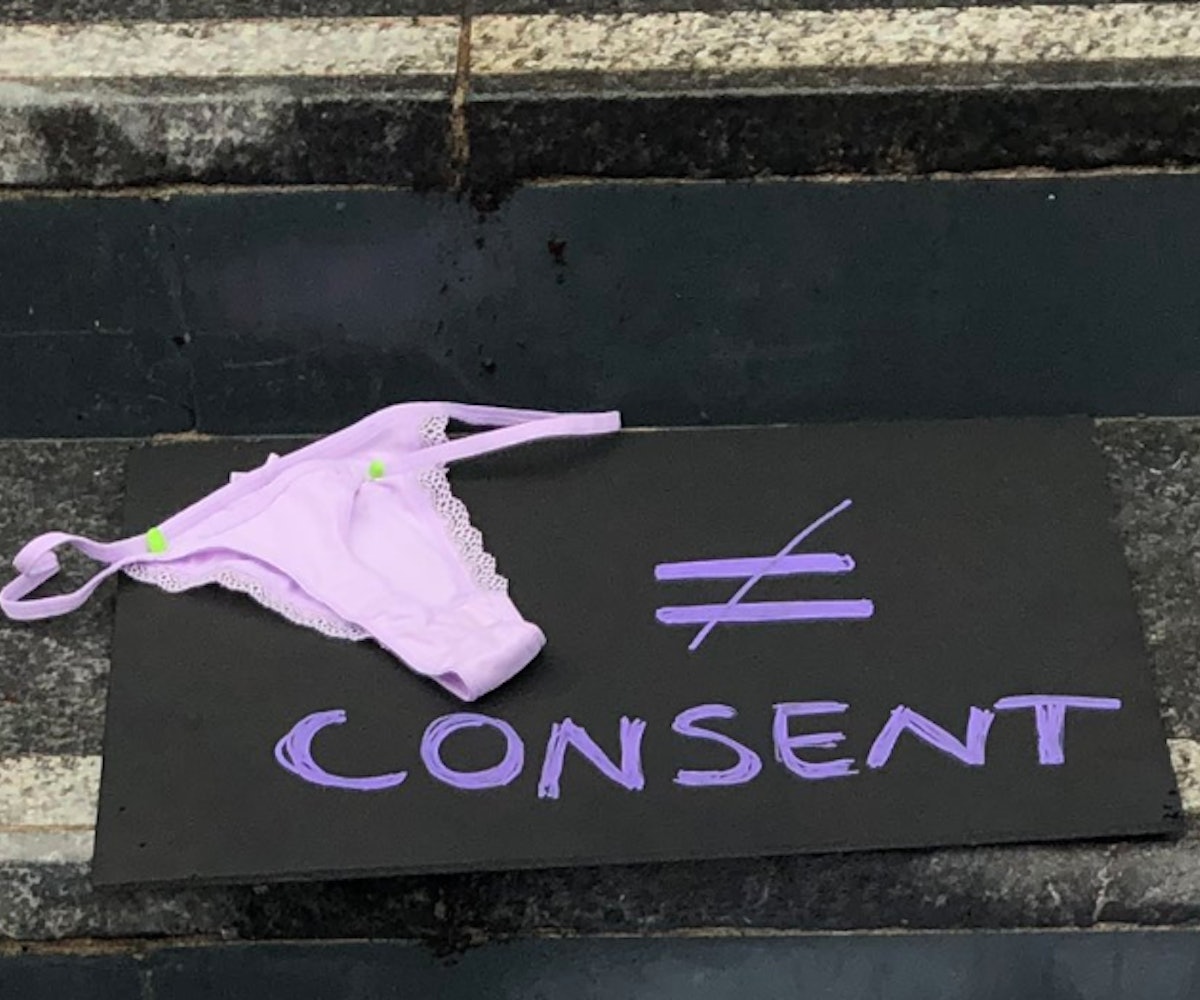 Women in Ireland have funneled their outrage at a sexist court decision into a social media campaign, #ThisIsNotConsent. BuzzFeed News reports that in a recent rape trial in Ireland, a lawyer held up the underwear worn by a 17-year-old girl as an argument to prove consent. "You have to look at the way she was dressed," lawyer Elizabeth O'Connell said. "She was wearing a thong with a lace front." Her alleged rapist, a 27-year-old man, was found not guilty.

Women are showing their support for the young victim, sharing pictures of their own lacy underwear to Twitter to emphasize the reality that undergarments in no way equal consent.

BuzzFeed points to the absolute success of the digital campaign, as the message made it all the way to Ireland's version of the House of Representatives, the Dáil. Politician Ruth Coppinger held up a pair of lacy underwear and asked her fellow representatives, "How do you think a rape victim or a woman feels at the incongruous setting of her underwear being shown in a court?" Coppinger has called for all to join in the protests that continue even after the trial reached the decision.