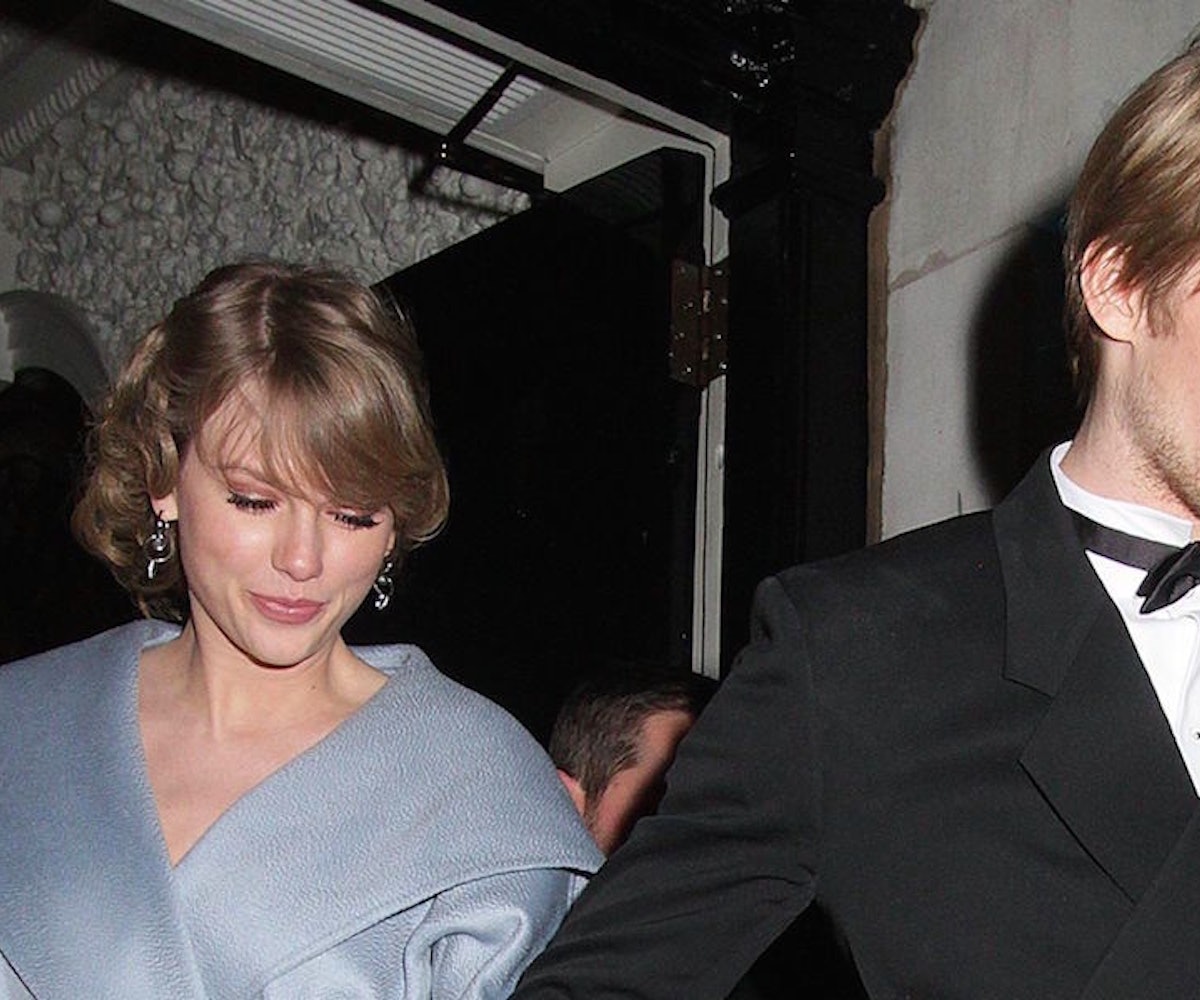 Swifties have a feeling that Taylor Swift might just be engaged to her beau, actor Joe Alwyn. Well, more than a feeling—they have clues to decode. In Swift's new Instagram post, featuring a photo from her new Voguecover shoot, the caption includes a Lover lyric that plays with the "something borrowed, something blue" wedding tradition. Some have taken it to be a hint.

"My heart's been borrowed and yours has been blue. All's well that ends well, to end up with you," the caption of the post reads. Is Lover going to make me cry warm and fuzzy tears? Probably. But, back to the Swiftie theory. "To end up with you" does sound like the end of a marriage vow. Also, back in December, it was reported that Alwyn was "very keen" on popping the question soon, so maybe, in the months that have passed since then, he did just that.

Swift also seems to be egging on the fan theories via Tumblr, having hit the like button on a post that reads, "wait... my heart's been borrowed and yours has been blue... something borrowed and something blue... ma'am." Does liking a post mean official confirmation? Some Swifties say yes.

But, of course, even Swifties know they're rather quick to jump to conclusions (again, RIP Kaylor), so her liking the post could just mean she's watching and laughing at the nonsense from afar.

Another faction of the fan base thinks she might just be "playing the engagement angle" to "get the media talking," which could be true, but you know what? I love love, and really hope that she's happy with Alwyn regardless.