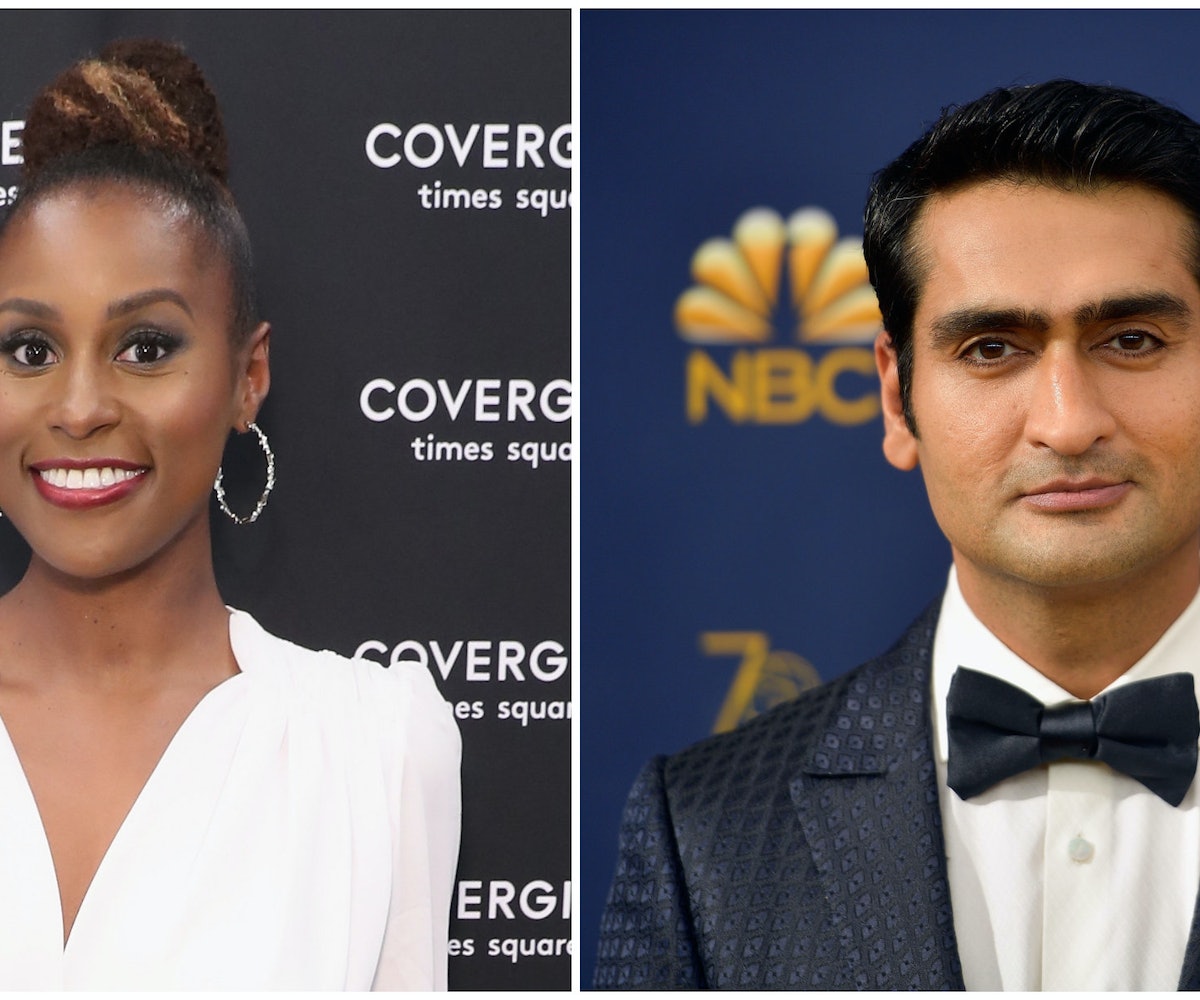 Kumail Nanjiani and Issa Rae will be the stars of Paramount's upcoming romantic comedy, The Lovebirds, and it sounds like it'll be a rom-com I'd actually want to see.

The film centers around a couple (Rae and Nanjiani) who are on the verge of a breakup when they "become embroiled in a bizarre and hijinks-filled murder mystery" and have to work together to solve it, according to a synopsis. "As they get close to clearing their names and solving the case, the twosome need to figure out how they, and their relationship, can survive the night," it continues.

The film will be directed by Michael Showalter, who previously directed Nanjiani in his film The Big Sick. Showalter, Nanjiani, and Rae are the executive producers of the project. There is no news as to when the project will be released yet, but, according to the report, the production will start as soon as the end of this month.

Kumail is most well-known for his roles in The Big Sick and HBO's Silicon Valley. He will star in the action-comedy Stuber, which will be released this summer. Rae is famous for her series Insecure, and will next be seen starring opposite Marsai Martin in LITTLE.