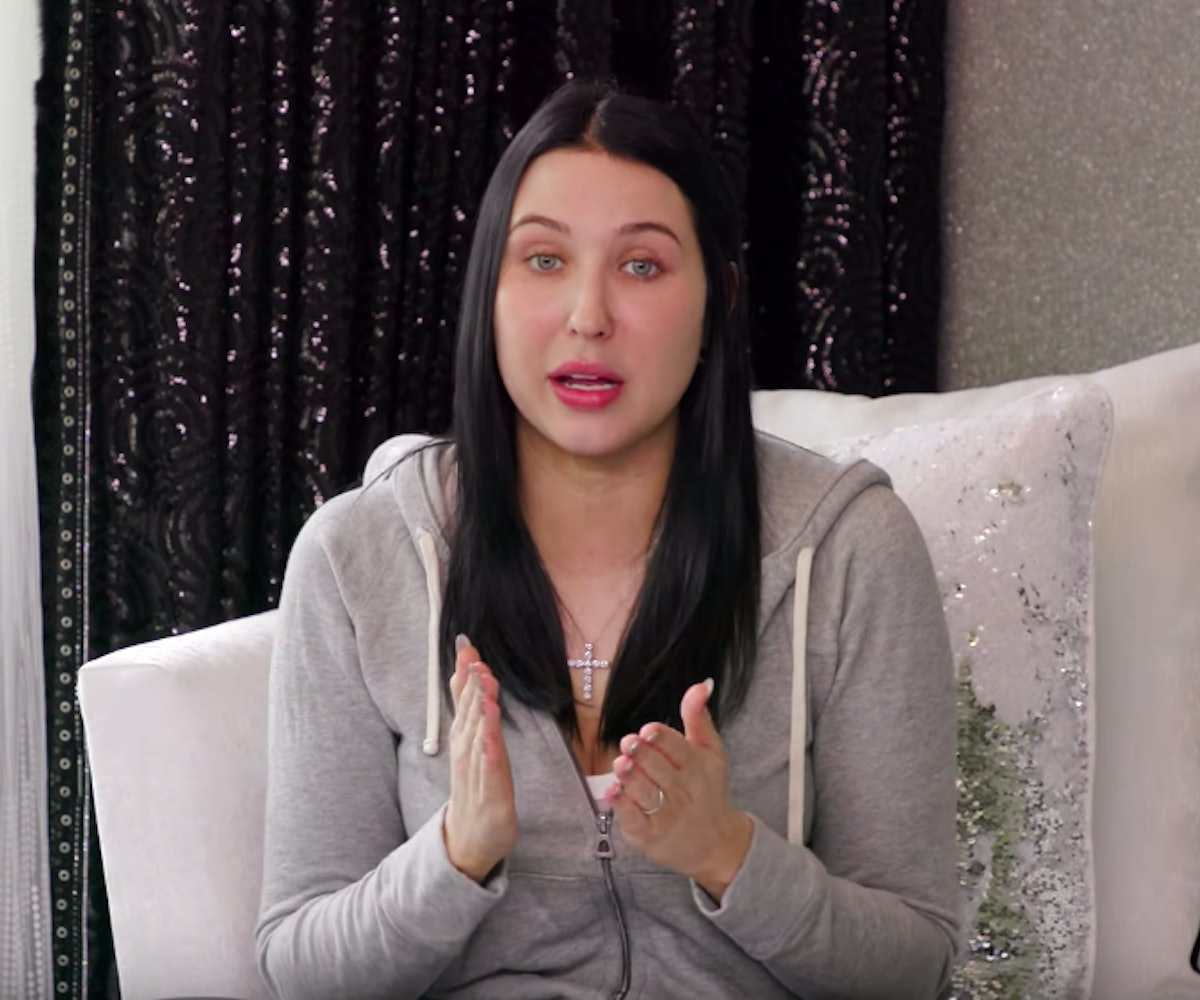 Following a brand spokesperson releasing a statement, YouTuber Jaclyn Hill has responded to the multiple complaints about her brand Jaclyn Cosmetics' recently launched lipsticks. Customers alleged that the products contained mold, bumps, and hair fibers and crumbled upon use.

In a video titled "My Lipsticks," Hill begins with the allegations that her products are expired and moldy, showing documents that she says prove that she did not go into production with her lipsticks until a short time before launching her brand, and noting that "every single ingredient in my lipstick is new, and it is FDA approved."

She then goes into the "black dots" that people are noticing on the lipsticks, which had people fearful to put the product near their lips. Hill says that these are bubbles of oxygen that are brought to the surface of the product "when the bullet is being cooled off." She says that, even though they're not pretty, they're safe to put on your lips. In response to the grittiness that some customers are experiencing with their products, Hill says that it is caused by the raw materials not being fully broken down when the formula is being mixed in its vat.

Next, she details what she says is the cause of the "white fuzzies," or the fibers that people are spotting on their lipsticks. She says that her production team was using white fluffy cotton gloves which produced the fibers, and because they have to change them so often, it results in a lot of excess fibers being discharged into the area. Too, according to her, the team was cleaning the vat where her product is mixed with a big fiber towel, which she says is the source of the fibers inside of the products. She says both of these practices have been changed.

The last thing that she addresses is complaints that the products crumble upon use. Hill says that this is a result of the products being used after they have been in hot temperatures (like a delivery truck, or outside your door when it's delivered). If they're given time to cool off, Hill says, they will be fine to use.

"We made a lot of products in a very short amount of time, and although we thought that it was going to be perfect and fresh, that's not the case, and we moved too quickly," Hill notes. She also says that she has stopped working with the lab that produced these lipsticks.

Throughout the video, Hill says that, while the problems with her products don't make them unsafe for use, she gets why people would be hesitant to wear them, and so she's providing a refund and a new, undamaged lipstick to those who email her brand with a photo of their product.