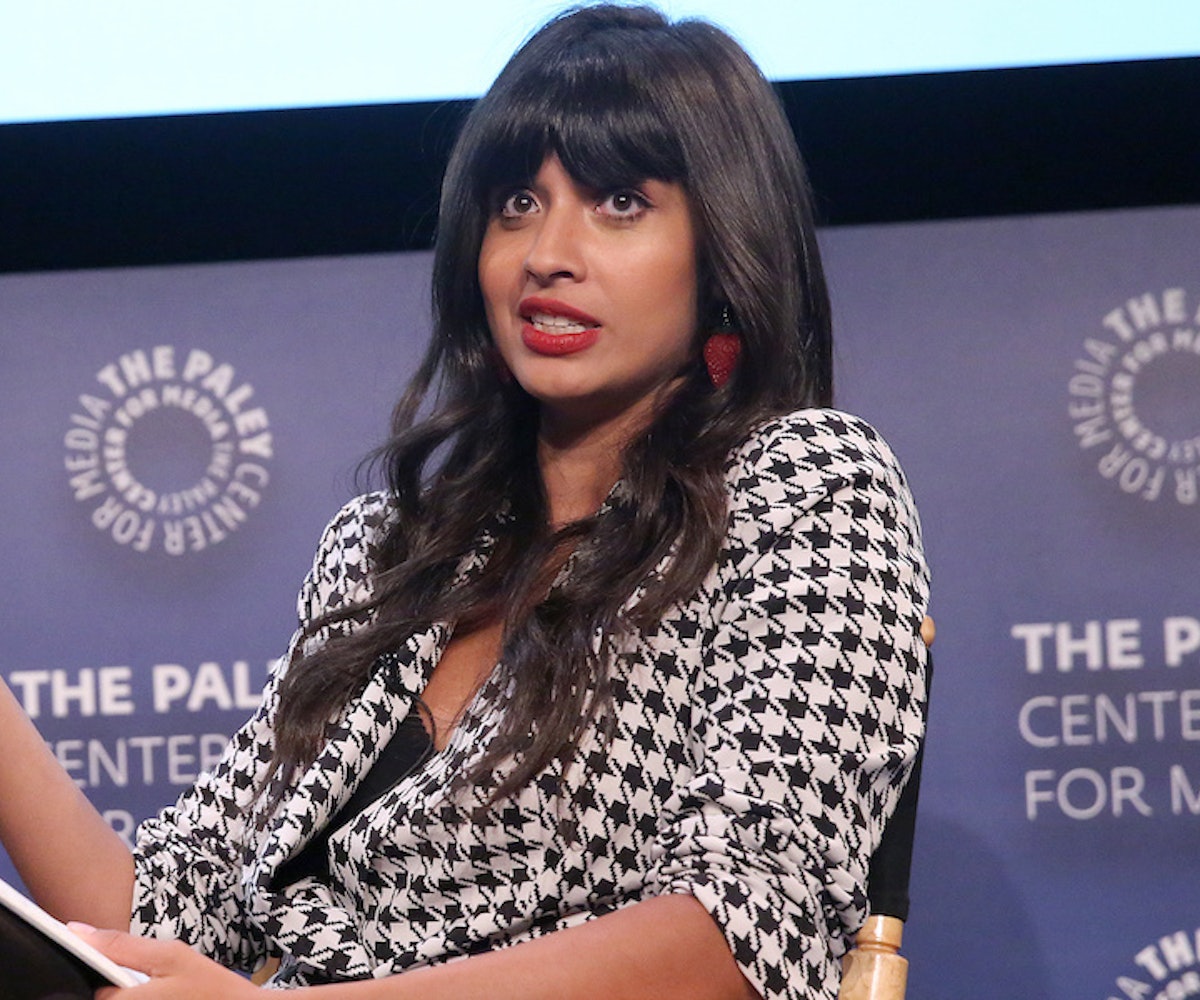 The Good Place actress and NYLON's former cover star Jameela Jamil expressed her feelings on the anti-abortion law passed in Georgia by opening up about her own abortion. The bill, passed last week, outlaws abortion when a fetal heartbeat is detectable, which is at about six weeks, prior to when most women even know they are pregnant. It also threatens to charge women with committing murder if they seek to self-terminate.

"This anti-abortion law in Georgia is so upsetting, inhumane, and blatantly demonstrative of a hatred of women, a disregard for our rights, bodies, mental health, and essentially a punishment for rape victims, forcing to carry the baby of their rapist," Jamil wrote on Twitter. Moments later, she followed it up with a confession. "I had an abortion when I was young, and it was the best decision I have ever made," Jamil stated. "Both for me, and for the baby I didn't want, and wasn't ready for, emotionally, psychologically and financially. So many children will end up in foster homes. So many lives ruined. So very cruel."

Jamil clarified in a follow-up note that her tweet was not meant as a diss to foster homes but to point out that "it will be hard to find great fostering for them all" should more children be forced into the system as a result of this bill. Jamil also noted, in a separate tweet, how this bill would more greatly affect marginalized communities, as they have less/no means to move from the state. "The wealthy will have so much more freedom," Jamil wrote.

Last week, just one day after the bill was signed into law in Georgia, actress Busy Philipps also opened about an abortion she had at a young age. "The statistic is one in four women will have an abortion before age 45, and that statistic sometimes surprises people. And maybe you're sitting there thinking, I don't know a woman who would have an abortion, well, you know me," Philipps told her audience during her monologue on Busy Tonight. She added, "I had an abortion when I was 15 years old and I'm telling you this because I'm genuinely really scared for women and girls all over this country."