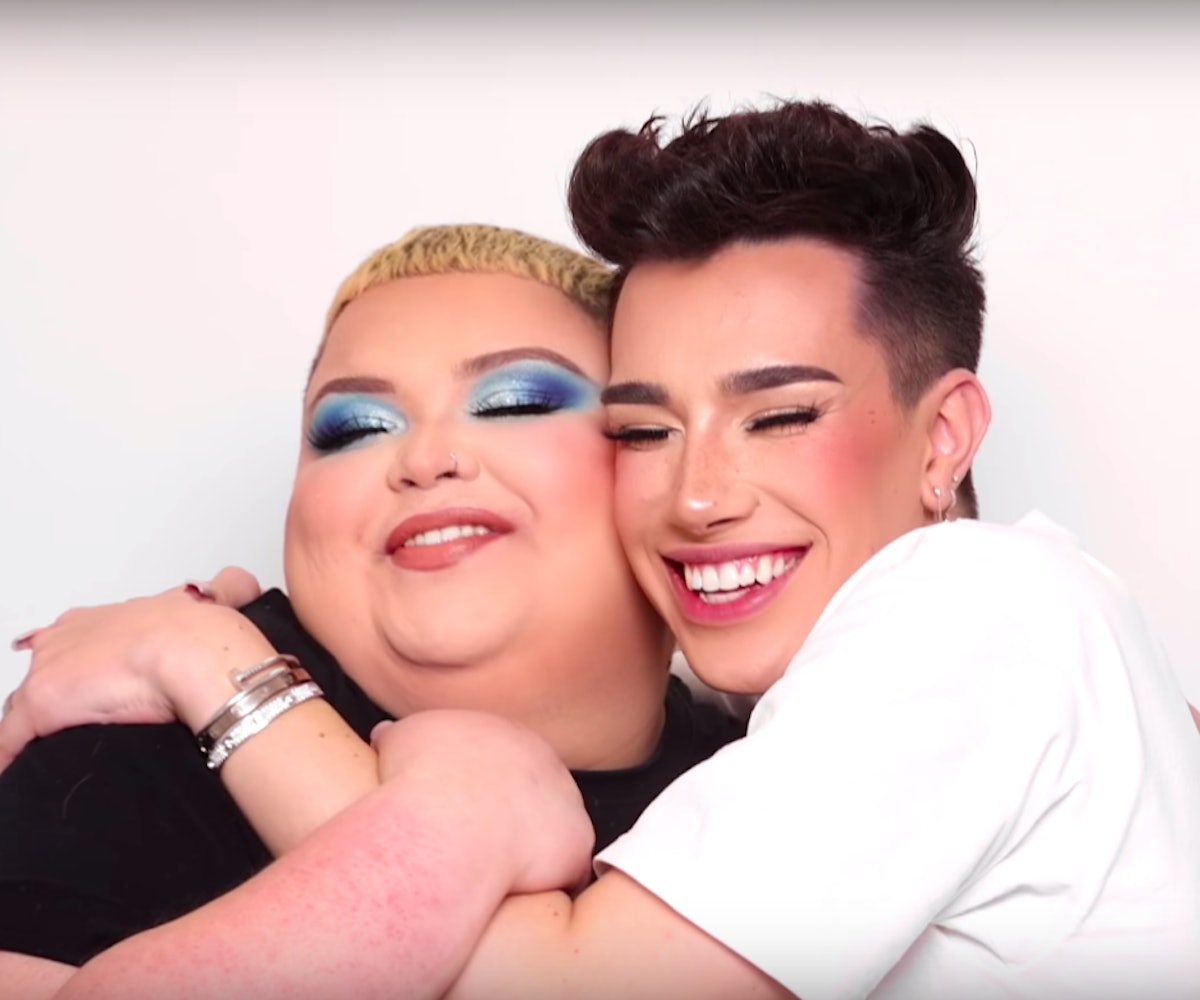 In what is truly the beauty collaboration of the internet's dreams, James Charles teamed up with TikTok star Rosa for a complete transformation. Rosa, also known as AdamRayOkay, whose real name is Adam Martinez, made an appearance on the MUA's channel for a "fun little glam Rosa makeover," and naturally, the resulting video is adorable. Along with sharing in a few laughs, the pair also chat about Martinez's rise to fame, and as the TikTok star reveals, becoming Rosa has been a complete life changing experience.

Ditching the makeup and hair look often associated with Rosa, Martinez lets Charles take full control, and throughout the application process, the TikTok star reveals that before his rise to viral fame, he was working at a call center. It was only a few weeks ago that Martinez quit the job, telling Charles, "I hated that job. It wasn't my career and I didn't plan on staying there. I took a leap of faith."

As for how Martinez got into makeup, he tells Charles that he first got serious about working on a beauty routine in 2019. Taking inspiration from artists including Charles and MannyMUA, he admitted that after a serious splurge trip to Ulta, he kept trying at perfecting a look.

For the look completed by Charles, the MUA uses foundation, contour, and blue and black eyeshadow. Using the James Charles for Morphe palette, Charles creates a shimmering, but smoky eye. Sharing the finished look on Instagram, Martinez wrote, "I KNEW Rosa would look cute in full glam."

The video later concludes with Rosa thanking followers for their support, admitting that it's "so dope" to have this chance to represent their community and to see a legion of followers re-creating Rosa-inspired looks.

Enjoy the video for yourself, below.