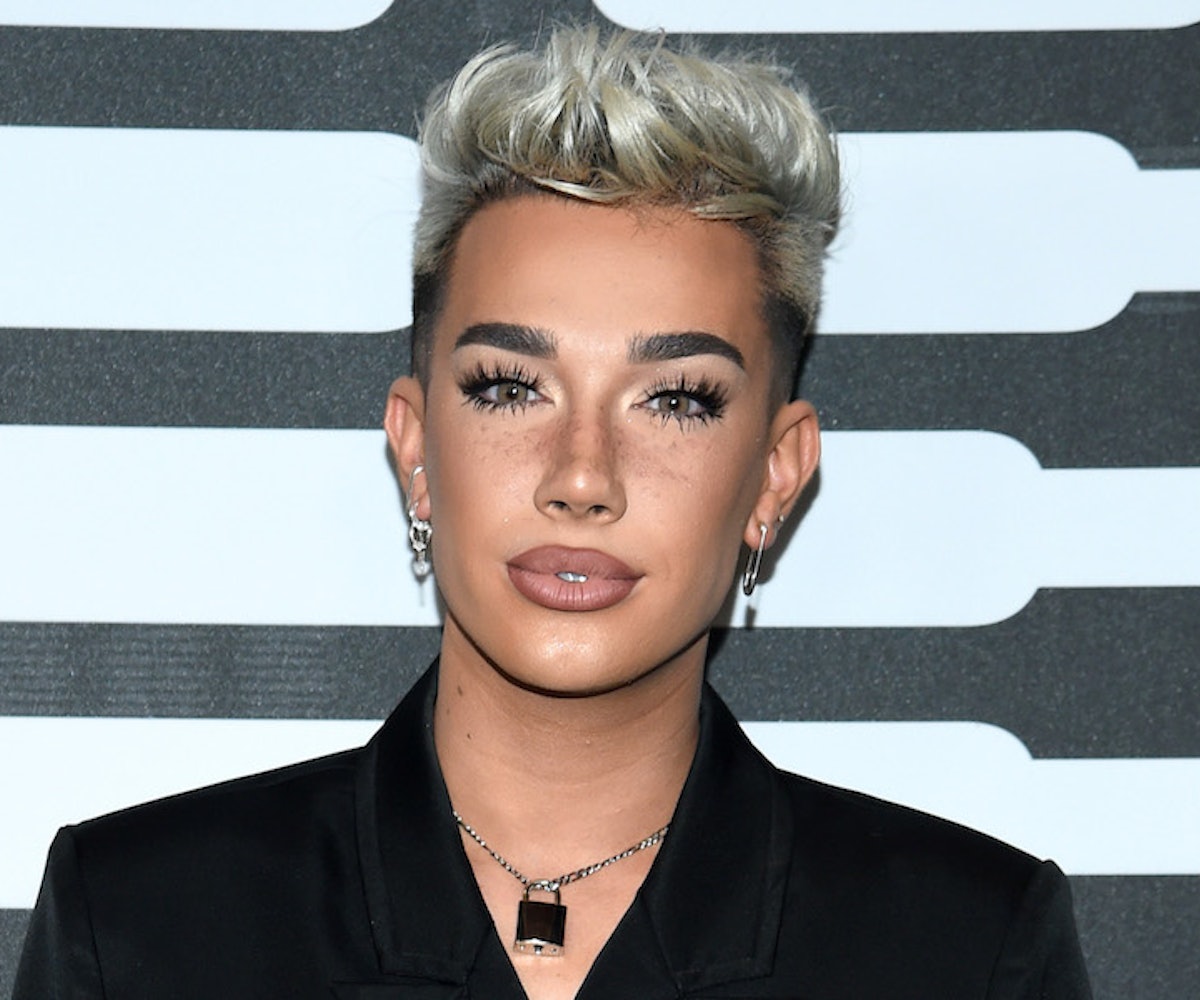 Beauty influencer and YouTube celebrity James Charles is being called out for transphobia once again, this time involving a bad joke posted to his Twitter account. On January 2, the social media platform became overwrought with dark humor jokes about the potential of a third world war and military draft as news broke via Donald Trump's Twitter of an U.S. airstrike on top Iranian commander Qasem Solemani. While many memes and jokes shared over the past day were called out for insensitivity towards potential victims and very-real violence, Charles' joke faced backlash on another level.

Early January 3, Charles tweeted "me when the government comes knocking on my door for the draft," accompanied by four photos of himself wearing feminine attire and long wigs, seemingly implying that he would avoid participation in the draft by assuming the identity of a woman. Representatives for Charles did not immediately respond to requests for comment.

Initial replies from followers and critics deemed the tweet as inherently "transphobic"; Twitter user @hcbliam pointed out, "trans women get killed for purely existing and ur out here being all [smiley face emojis] I am going to dress as a woman to avoid being drafted even though I am a cis white gay." Others called out the tweet for making light of the ban on transgender individuals from serving in the military.

Back in April 2019, Charles faced backlash over transphobic comments made in reference to his own dating life during a vlog. As collaborator Jeff Wittek prompted Charles by suggesting he is not "full gay," Charles elaborated on the descriptor by saying he'd "been girls in the past who I've thought were very, very beautiful. There's also been trans guys in the past, too, that I was really, really into for a moment in time." Charles later apologized for the comment, offering on Twitter, "in attempt to explain the very complex concept of sexuality (& mine) in my vid today, I unintentionally implied that my trans brothers & sisters arent valid. this is NOT what I was trying to say. you are valid in your identity!! I apologize & should've chosen my words wiser!"