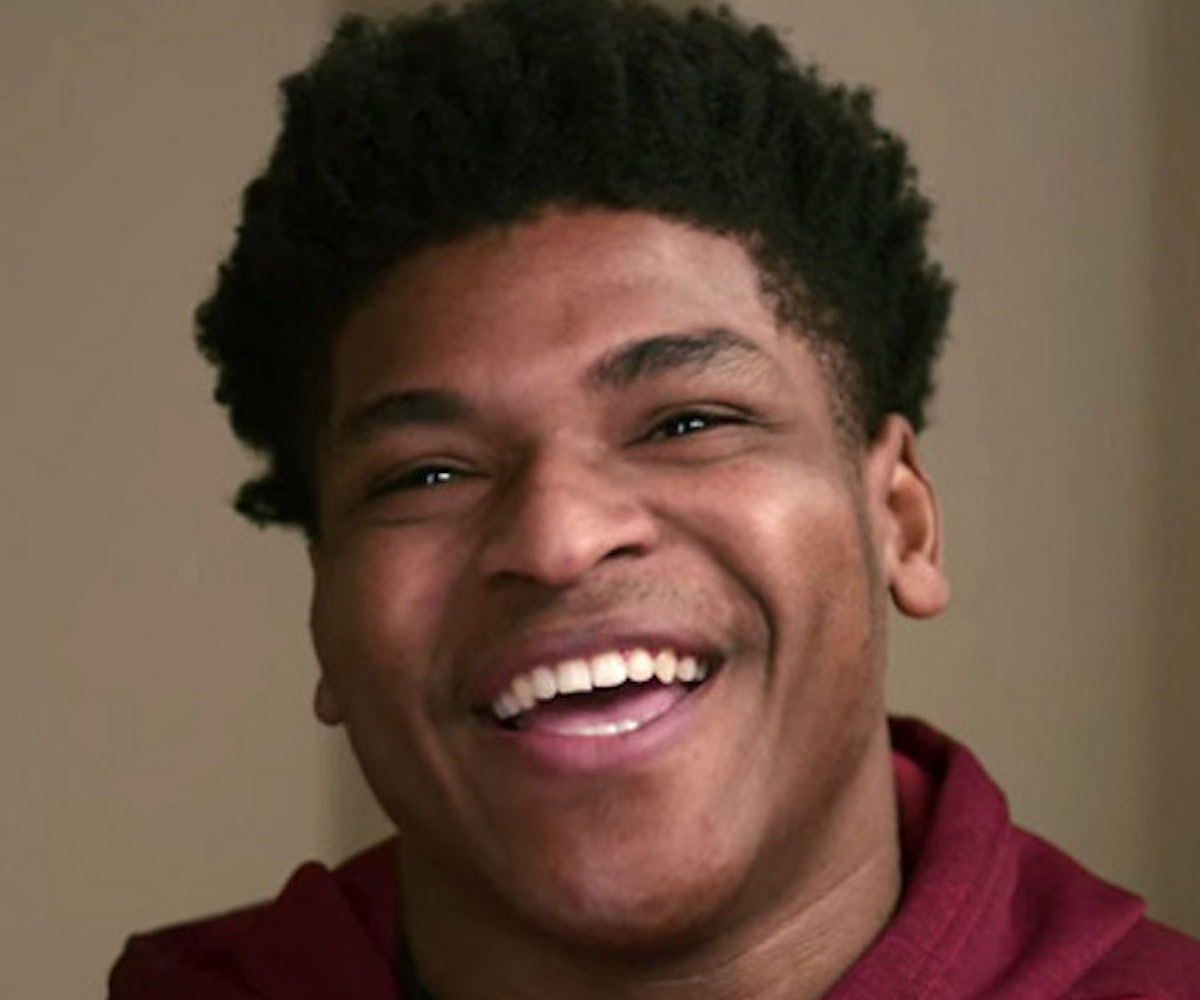 Jerry Harris from Cheer has the most positive aura in show business, and it's paying off. The Navarro College cheerleader will be taking his talents for inspirational pep talks to the Daytona of influencer deals, signing with influencer management company Digital Brand Architects and its parent agency, UTA. According to The Hollywood Reporter, DBA and UTA will represent Harris in new ventures in television, endorsements, touring, literary and product licensing.

Harris is a fan-favorite of Cheer, which premiered on Netflix back in January and has since swept up the country in a cheerleading frenzy. He stood out among his teammates for his heart of gold and moving pep talks — lovingly called "mat talk" in the Cheer universe — as well as overcoming harrowing personal tragedy. His winning personality has shined through with Ellen DeGeneres, Stephen Colbert, and more along the talkshow circuit in promotion of the show, and now a"mat talk" based show is very much in the realm of possibility.

With all the glitz and glamour of Netflix breakout stardom life before him, The Hollywood Reporter says that Harris isn't straying from Corsicana, Texas anytime soon; he will be continuing his studies and hitting the mat. Monica must be so proud!