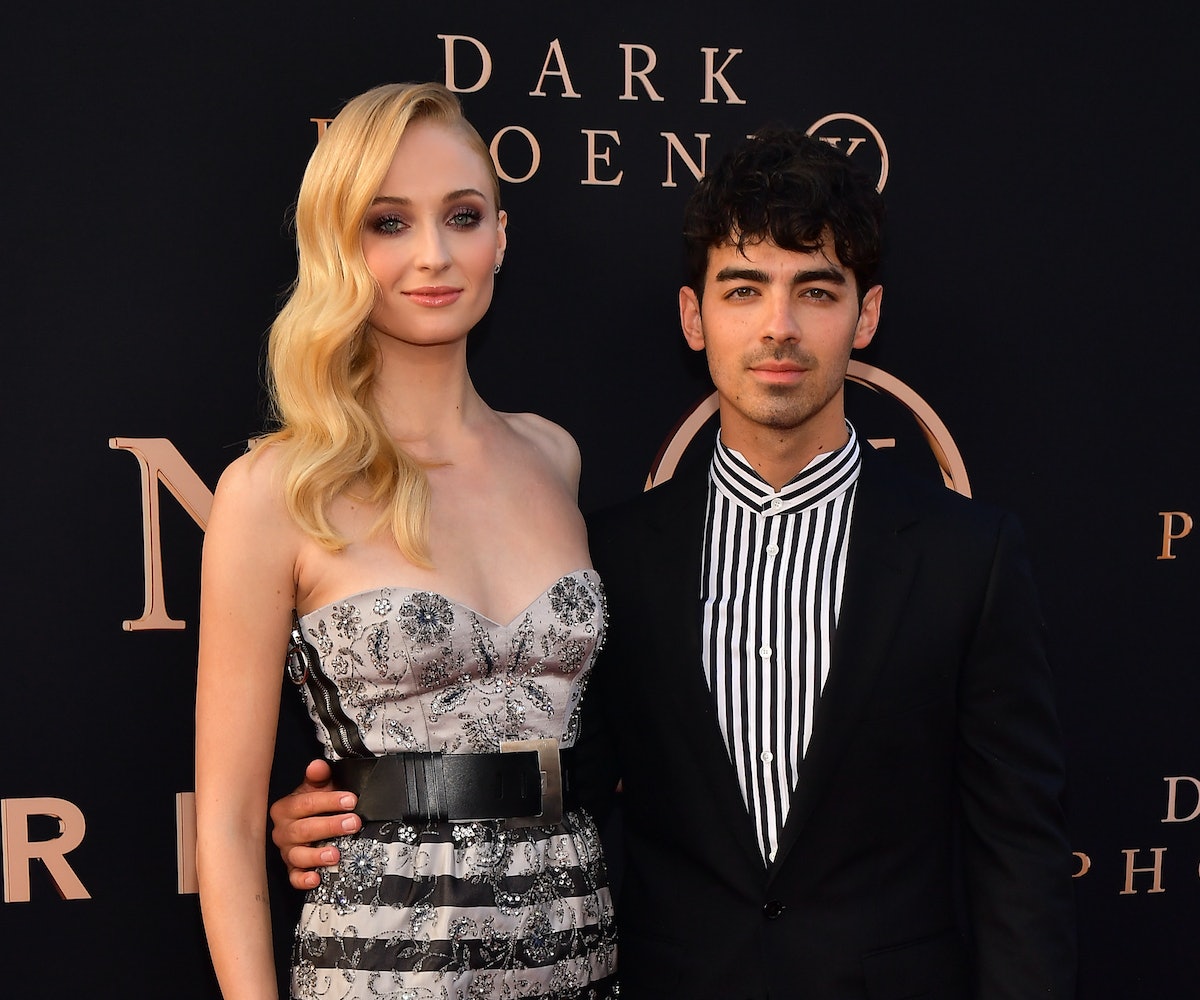 One celebrity couple is using this time of quarantine to try out a new look — together. On April 9, Joe Jonas let Sophie Turner do his makeup, and the resulting look was nothing short of glorious. The Game of Thrones star has frequently shared her go-to beauty faves with fans, but as she explained on Instagram, this marked the first time that her husband let her try out some beauty tricks on him.

Turner didn't share the complete process, but she did snap two photos of Jonas after she was finished, writing, "He finally let me do his makeup." In a second image, she kept the camera's focus on his face writing, "Look at that highlight."

For this special quarantine makeover, Turner used purple eyeshadow, lining the singer's upper and bottom lids in a soft shade of violet. In a true testament to her talent, the actor turned MUA appeared to have smoked out the shadow a bit, creating a very dramatic, but still subtle eye makeup look. Her highlight application was also flawless, as just a hint of sparkle was detected on Jonas's cheek.

Jonas didn't share any of the beauty process on his Instagram Story, only sharing a TikTok of the Batman Lego set he apparently completed with the help of Turner. However, he had previously appeared on Instagram Live with Andy Cohen and called their time together special. "I think for us, it is nice to have each other during this time, but I think it can be [different] for a lot of different people. We got married last year, so naturally just wanting to be together, it's a really special time," he said.

Admire the gorgeous use of eyeshadow, below.