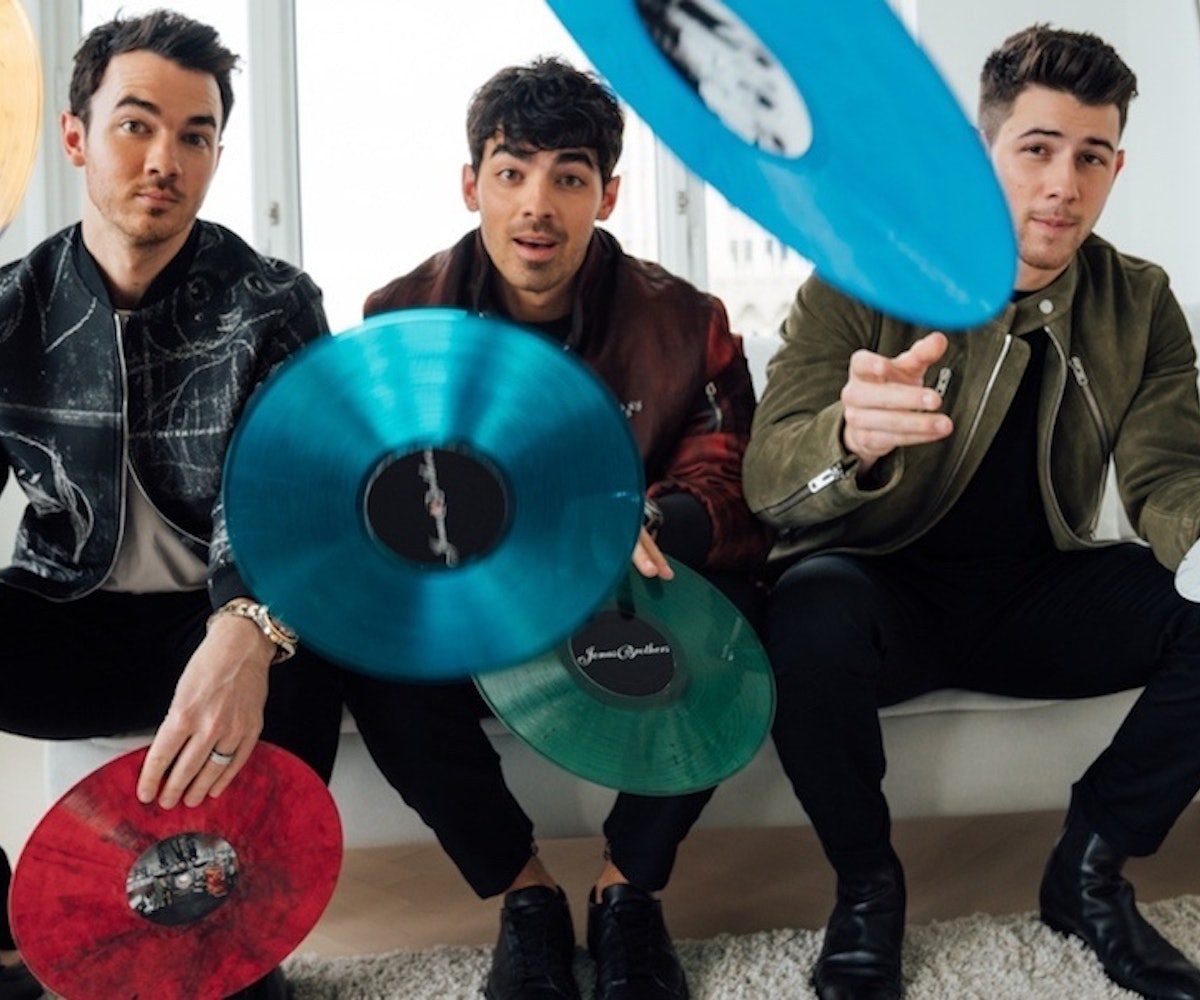 Following their recent comeback with new album Happiness Begins, the Jonas Brothers are now releasing all of their music on vinyl for the first time ever, including the record that never (officially) was: V, the fifth album that was interrupted by the band's breakup.

Previously, this record was only released to Team Jonas fan club members on the band's website. Prior to the split, The Jonas Brothers released two singles, including the ~scandalous~ "Pom Poms," and had prepared four new tracks. The album, which was posted to the site post-breakup, was filled out with the addition of live tracks to make a full-length release.

Mind you, the record subscriptions are not for the casual Jonas stan—the basic package costs $399. (Though that could be considered reasonable given the average cost of one vinyl.) TBH, if payday had already hit, I'd be adding that $599 deluxe package to my cart. What Jonas stan could pass up having Camp Rock tracks on vinyl and a vinyl soundtrack to their short-lived Disney series Jonas LA?

Check out the records that come in the basic package, below, and get all the details over at the Jonas Vinyl Club site.