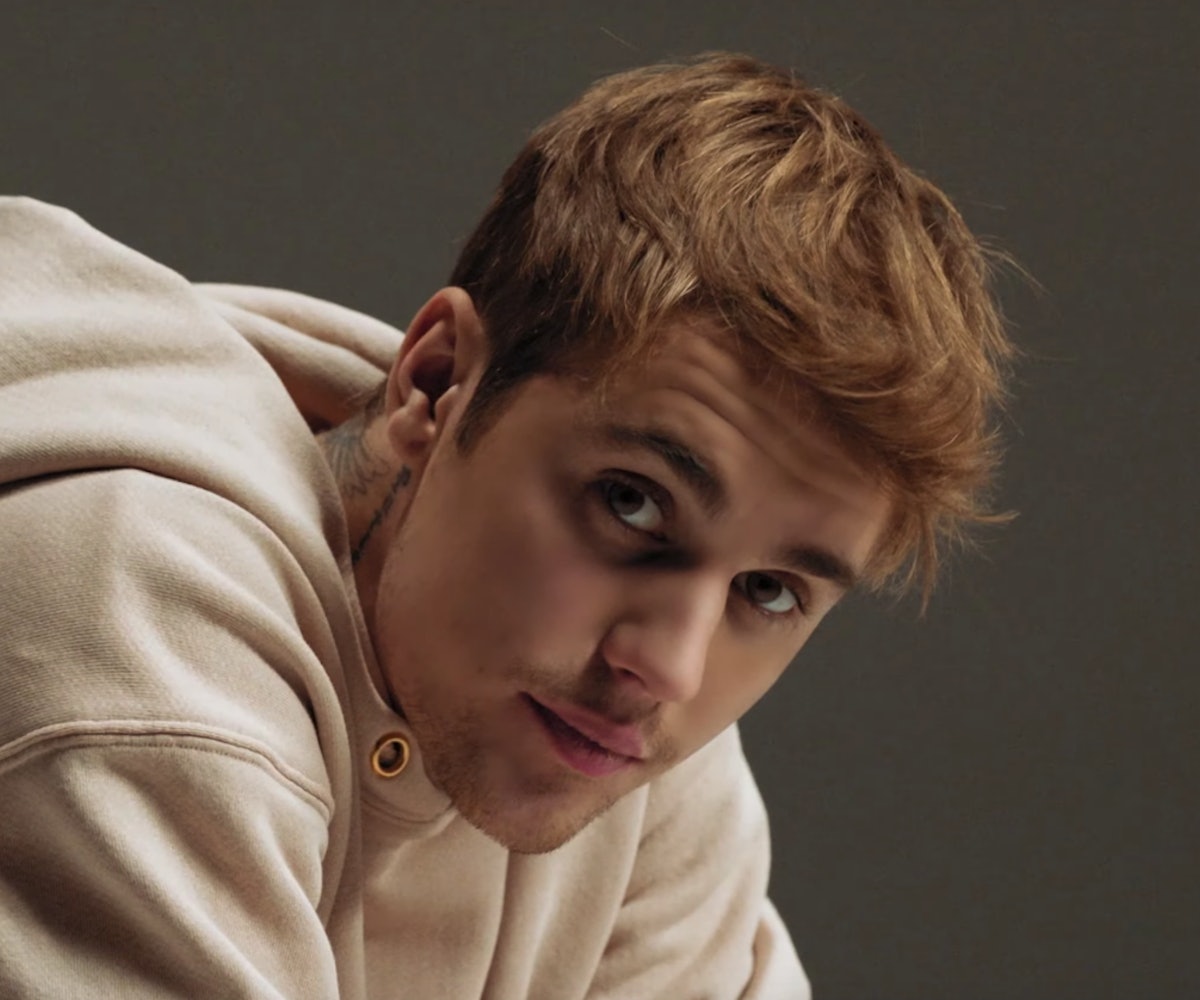 I've never sat and actually considered what Justin Bieber's armpits smell like, but thanks to Schmidt's, I'm stuck wondering whether a heady mix of spicy citrus and warm florals wafts out when he lifts up his arms. The natural deodorant brand, beloved for its activated charcoal deodorant, is releasing its first sensitive skin formulation, Here+Now, with Bieber as the co-creator. According to a press release, Bieber was "integral in the development of [the deodorant]" and had a say in the stick's mellow, gender-neutral scent and punchy yellow packaging — which is notably similar to the shade he chose for his Drew House branding. The deodorant's packaging also features a Bieber-esque affirmation: "Be Kind. Stress Less. Hug More," which could just as easily be the caption of an Instagram post.

"Here+Now is all about living in this moment we've been given and making the most of it," Bieber said of the partnership in a release, adding that he partnered with Schmidt's because they share his beliefs of taking care of yourself, living your best life, and staying present. Following a wildly successful pre-sale in September (the brand said it was their fastest seller of the year), Here+Now is now available at Schmidts.com, as well as local retailers like Walmart, Target, CVS, and Whole Foods. A single stick will run you $10.99 each, which is a bargain to smell like the Biebs if you ask me.