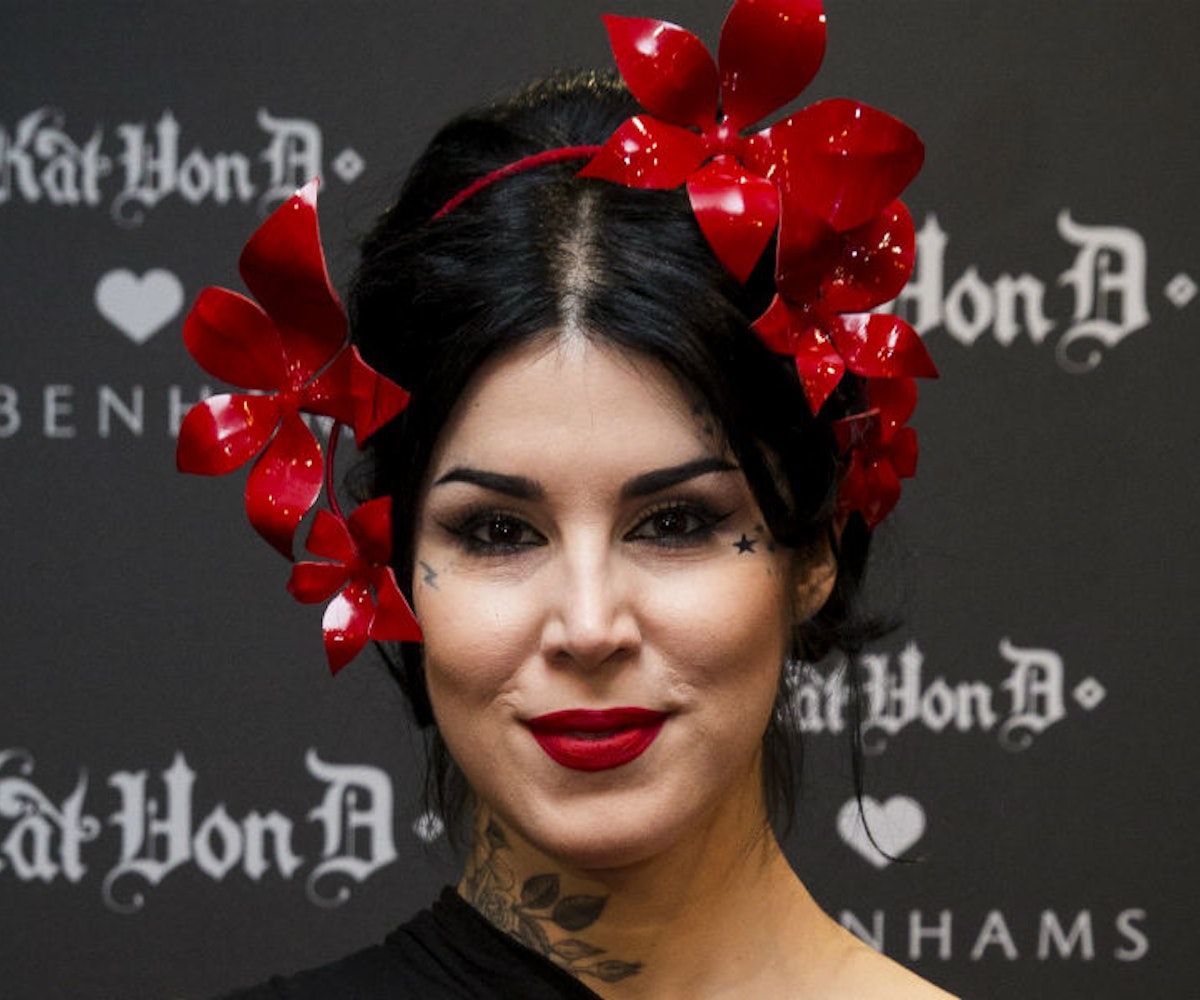 Kat Von D has chosen to address long-standing rumors that she's anti-Semitic and, more recent ones, that she's an anti-vaxxer. In an 11-minute video posted on YouTube, she attempts to explain herself.

"Just to set the record straight from the beginning," she starts out saying, "I just want to say that I'm not anti-Semitic, and I am not an anti-vaxxer." She explains that the anti-Semitic rumors first started when she was on the TLC show Miami Ink. She alleges that a "paranoid" and "jealous" male co-star sexually harassed and assaulted her, and, after he discovered that Von D was offered her own spin-off show, he went to the network, and eventually the media, with "this 8 x 10 with a forged anti-Semitic message on it."

"Overnight, I was fiercely branded as an anti-Semite," Von D continues. "I remember the network's publicist told me to just stay quiet and let it go away... The last thing I'll say about this topic is, yes, I probably should have talked about this back when it was happening, but I did not have the support I have now." She explains that the news about her and her family being Nazis are particularly hurtful because she's "a proud Latina. I was born in Mexico."

The anti-vaccination backlash happened less than a year ago after Von D shared on Instagram that she planned to raise a "vegan child, without vaccinations." She backtracked more than a week later, explaining that she and her husband are "not against vaccines." Now, she's choosing to clear the air again.

"I am not an anti-vaxxer," she says pointedly. "What I am is a first-time mother. I'm one of those moms that read everything." She explains that "after doing a bunch of research and reading the ingredients, naturally I experienced some hesitancy." But Von D shares that she and her husband have decided to consult with their pediatrician and let him "educate and guide us." She adds: "I'm choosing not to make our decision or any of our baby's health records public."

As for why she's addressing everything now, she explains: "I have a son now and seeing all of these awful comments and the things that people are saying, I can't just sit around and pretend that it's going to go away."