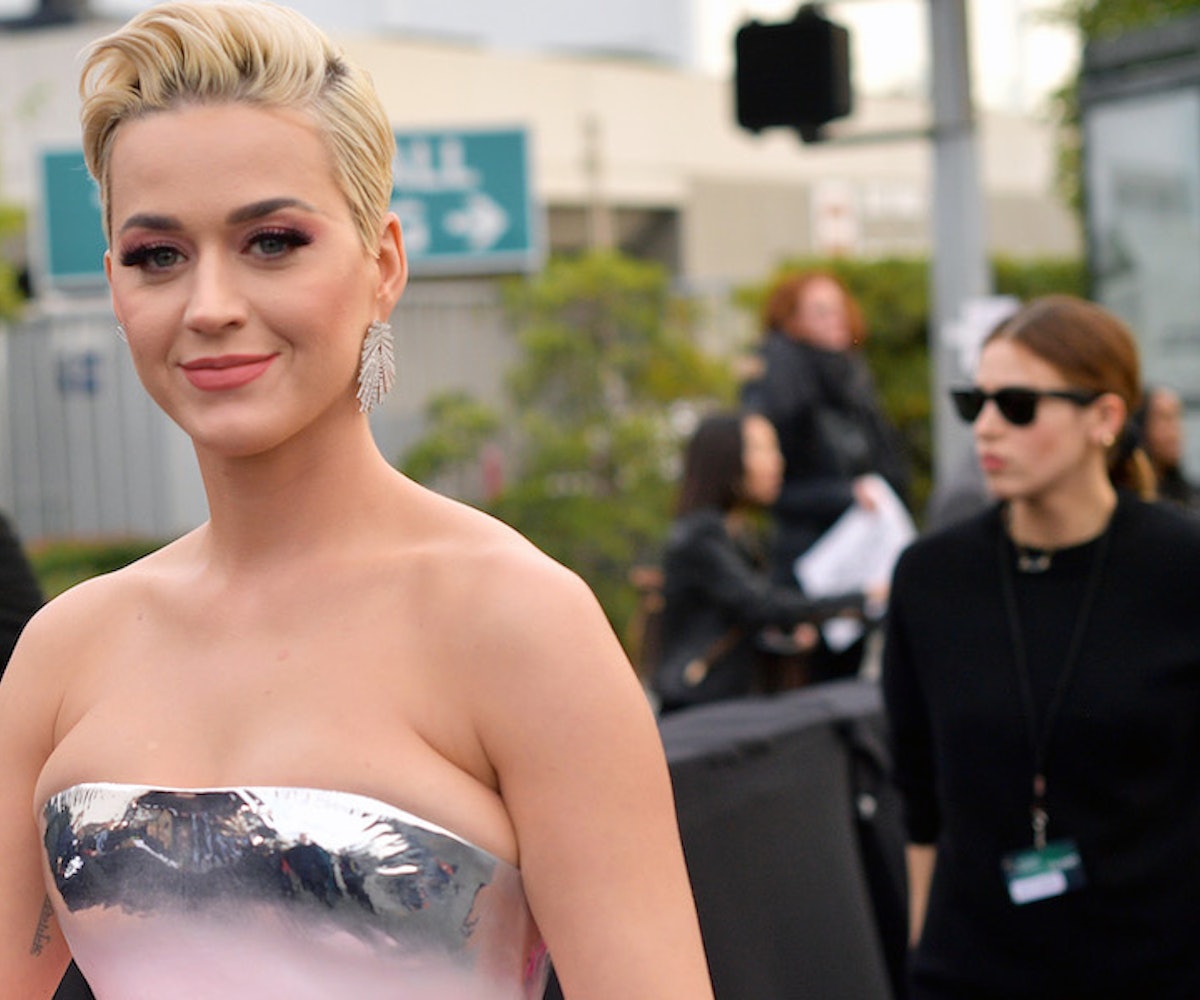 By now, you've probably gone and secretly teared up over how sweet it is that Katy Perry and Orlando Bloom got engaged on Valentine's Day. Or maybe you didn't, I don't know. Either way, the on-again, off-again couple has made it official and will be tying the knot sometime in the near-ish future.

But—wait—can we talk about this ring?

In Perry's Instagram post, she's wearing what appears to be a floral-inspired engagement ring, with a pink gem center surrounded by a handful of sparkly stones, which jewelry experts are already estimating could have cost an upward of $5 million. And, well, our feelings are mixed. Is it... ugly? Or: Is it genius?

On one hand, we're always here for an unconventional engagement ring, especially when that means unique shape and stone. Whatever this pink center stone may be—some are guessing that it's a pink diamond, others are saying it could be a ruby—we love that she's rocking something that's not a ginormous clear diamond.

On the other hand, it's so unexpected, it kind of looks like Bloom picked it up in one of those 25-cent machines. In fact, it had us questioning whether it's the real thing. I mean, she is wearing it on her pointer finger, rather than her ring finger, but I guess when has Perry ever followed the norm? (It could also be a case of Bloom getting the wrong ring size.)

Either way, let's take a moment to celebrate this: A man whose last name is Bloom proposed with a flower-shaped ring.