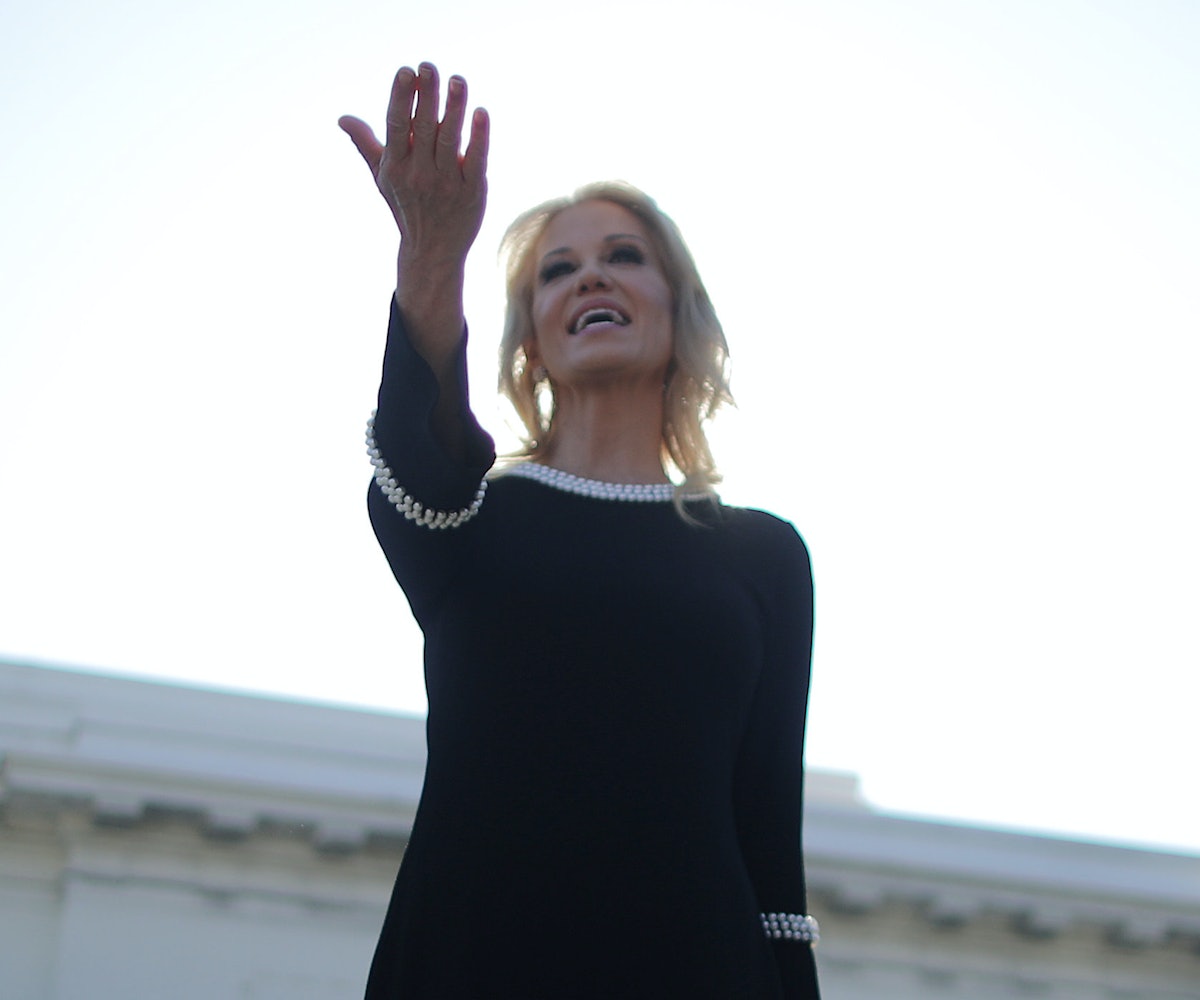 Kellyanne Conway somehow has baffled me once again. In an interview with FOX News (go figure), she revealed that she thinks that "women's issues" is limited to "abortion," as if this is the only thing that women have to worry about. She made this claim while rambling on about the Democratic governor of Virginia, who has recently been caught in a blackface scandal, Ralph Northam's proposed legislation that would loosen restrictions on third-semester abortions, as well as how we talk about abortion as a whole.

Conway questioned, "[Mainstream media] just don't cover this... I'm sorry, I have to say this, why do they call it 'women's issues' then? Why do we always have to hear that such-and-such politician is bad or good on quote 'women's issues?' Don't they really mean abortion?" It seems that Conway doesn't understand that women face and care about many more issues than fighting for bodily autonomy, or, on the most basic level, the fact that issues is, you know, a plural word.

Of course, Conway wasn't done talking then. She further elaborated on her own confusion, saying, "Because I've been in politics for 30 years, and I've never not a single time heard the phrase 'men's issues' because people believe men voters can handle all the issues." I... what? Perhaps Conway is mixing up holding power over all issues with caring about all issues, because that is the only way to make any sort of sense out of her words. Women wouldlove to "handle all issues," thank you.