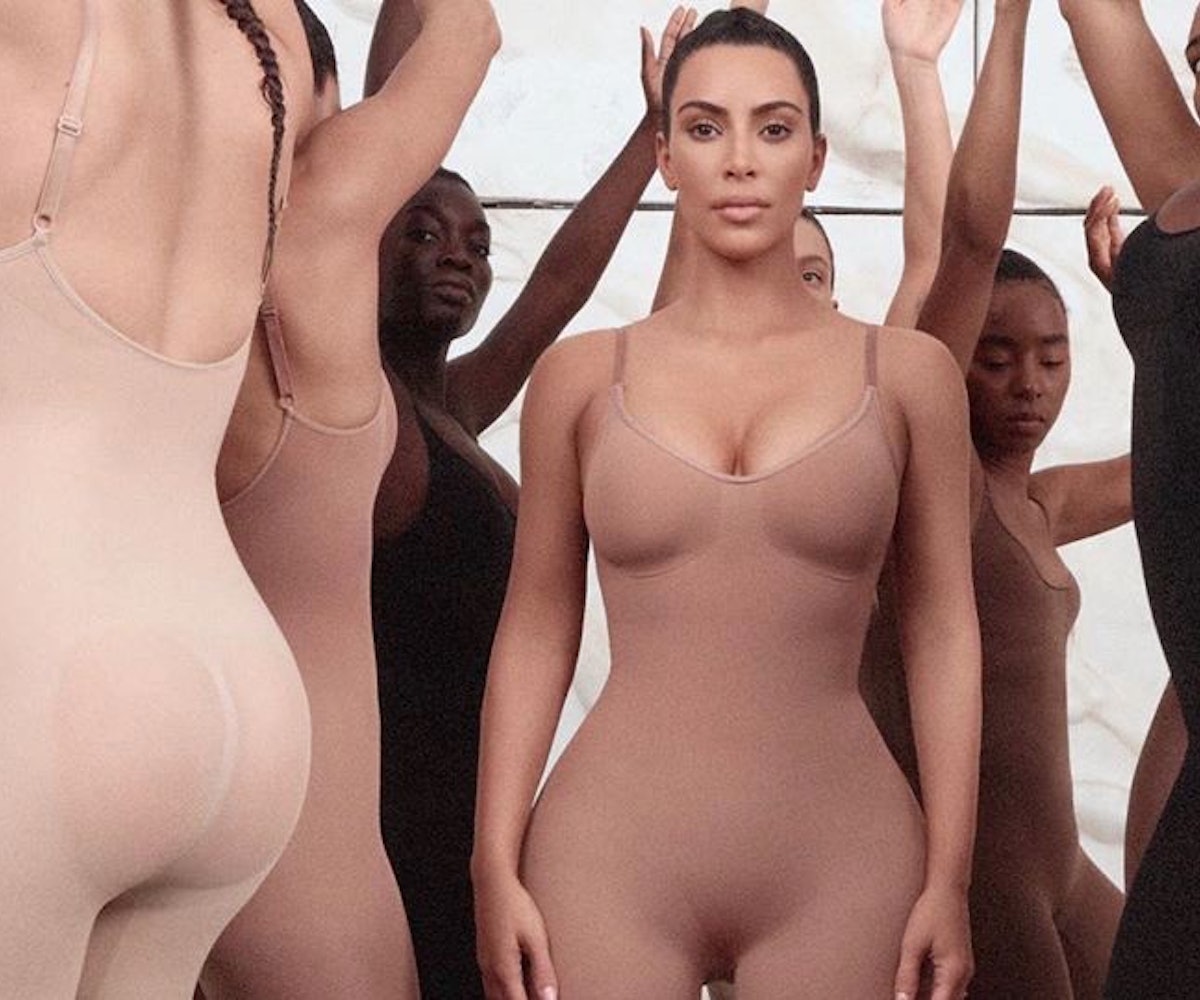 Kim Kardashian just launched a new shapewear line, and Twitter immediately fired back over its "culturally offensive" name: Kimono, which is also, obviously, the name of a traditional Japanese dress.

BBC News Japanese editor Yuko Kato left a long chain in response to Kardashian's initial announcement on Twitter, writing, "Nice underwear, but as a Japanese woman who loves to wear our traditional dress, kimono, I find the naming of your products baffling (since it has no resemblance to kimono), if not outright culturally offensive, especially if it's merely a word play on your name." Kato followed up, asking Kardashian if she intends to refer to her shapewear as traditional Japanese garments, "Or are you intentionally taking a Japanese word of specific and extreme cultural significance, stripping away its meaning, and appropriating it for your brand?"

Kardashian is no stranger to cultural appropriation; there were the Fulani braids, and even allegations of wearing blackface. And so when Jenny Yang asked Twitter, "How do I trademark The Fuck Is Wrong With You?," it was what we were all already thinking.

Kardashian has also trademarked her new line's name, which Yuka Ohishi expressed understandable anger over: "Naming your product/startup with Japanese words might seem hip and all," she Ohishi wrote, "But it really sucks for us when our culture is diluted by names of brands that don't have anything to do with what the word actually represents. And better yet, trademarking it? F NO" Admittedly, the trademark is only for the word "kimono" in the precise font of the line, but the frustration remains justifiable.

So what should Kardashian do about this mess? Esther Cook suggests that, rather than Kimono, the shapewear line could be called "KIMOTION" or "KIMETIC," which both have the benefit of being clearer plays on Kim's names, and also aren't offensive.

And then, too, many Japanese women are now sharing photos of themselves wearing the traditional garment with the hashtag #KimOhNo in response to Kardashian's offensive mess. Perhaps Kardashian will reconsider her line's name, but it's doubtful.