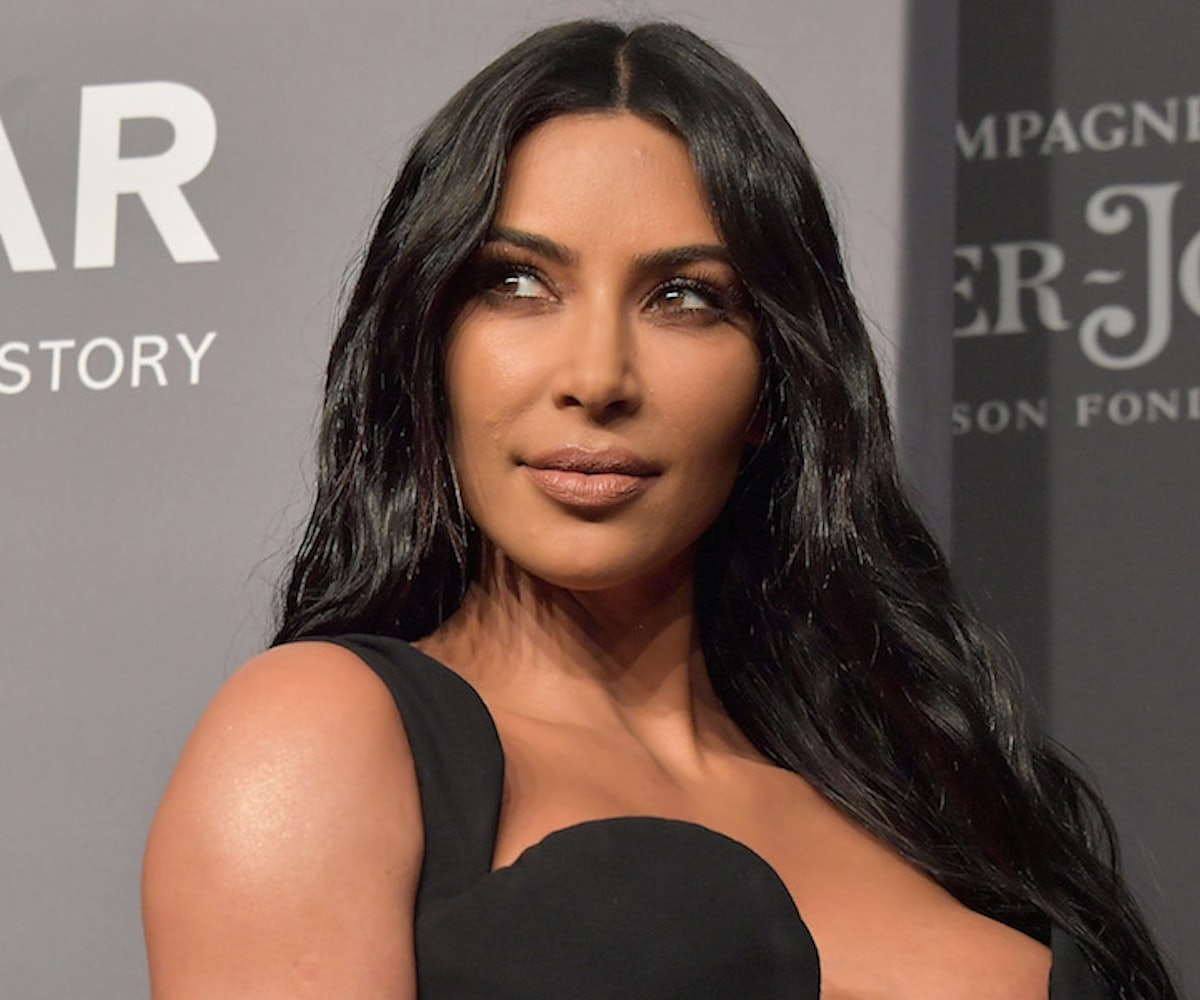 Kim Kardashian West, attorney-at-law, is a title you might have to get used to hearing. In a new interview with Vogue, the reality show star and socialite revealed she is studying to become a lawyer, despite never having completed college.

And how is that possible, you ask? Vogue anticipated the confusion and explained that, in four states—including California, which is where Kardashian West lives—there's an option called "reading the law" which offers a path to becoming a law through apprenticeship. Currently, Kardashian participates in 18 hours of supervised study each week with a team of lawyers.

Apparently, it was Kardashian West's visit to The White House to advocate for the release of Alice Johnson, a 63-year-old great-grandmother who had been sentenced to life in prison in 1996 on a first-time non-violent drug charge, that her pursuit to pass the bar. She explained, "The White House called me to advise to help change the system of clemency... and I'm sitting in the Roosevelt Room with, like, a judge who had sentenced criminals and a lot of really powerful people and I just sat there, like, Oh, shit. I need to know more." Of course, she was backed up by actual lawyers who could fill in the blanks for her, she added, "but I just felt like I wanted to be able to fight for people who have paid their dues to society. I just felt like the system could be so different, and I wanted to fight to fix it, and if I knew more, I could do more." This summer, Kardashian West has a "baby bar" exam which will allow her to continue her apprenticeship for three more years, and then to take the actual bar exam.

She also shared a bit of her current curriculum with Vogue, and apparently she's pretty much aced part of it. She explains that, in the first year, "you have to cover three subjects: criminal law, torts, and contracts. To me, torts is the most confusing, contracts the most boring, and crim law I can do in my sleep. Took my first test, I got a 100. Super easy for me. The reading is what really gets me. It's so time-consuming. The concepts I grasp in two seconds."

I'm loving this new context to consider Kardashian West in, TBH. If we have a reality-television star as president, why not have another smarter, prettier one take him down?