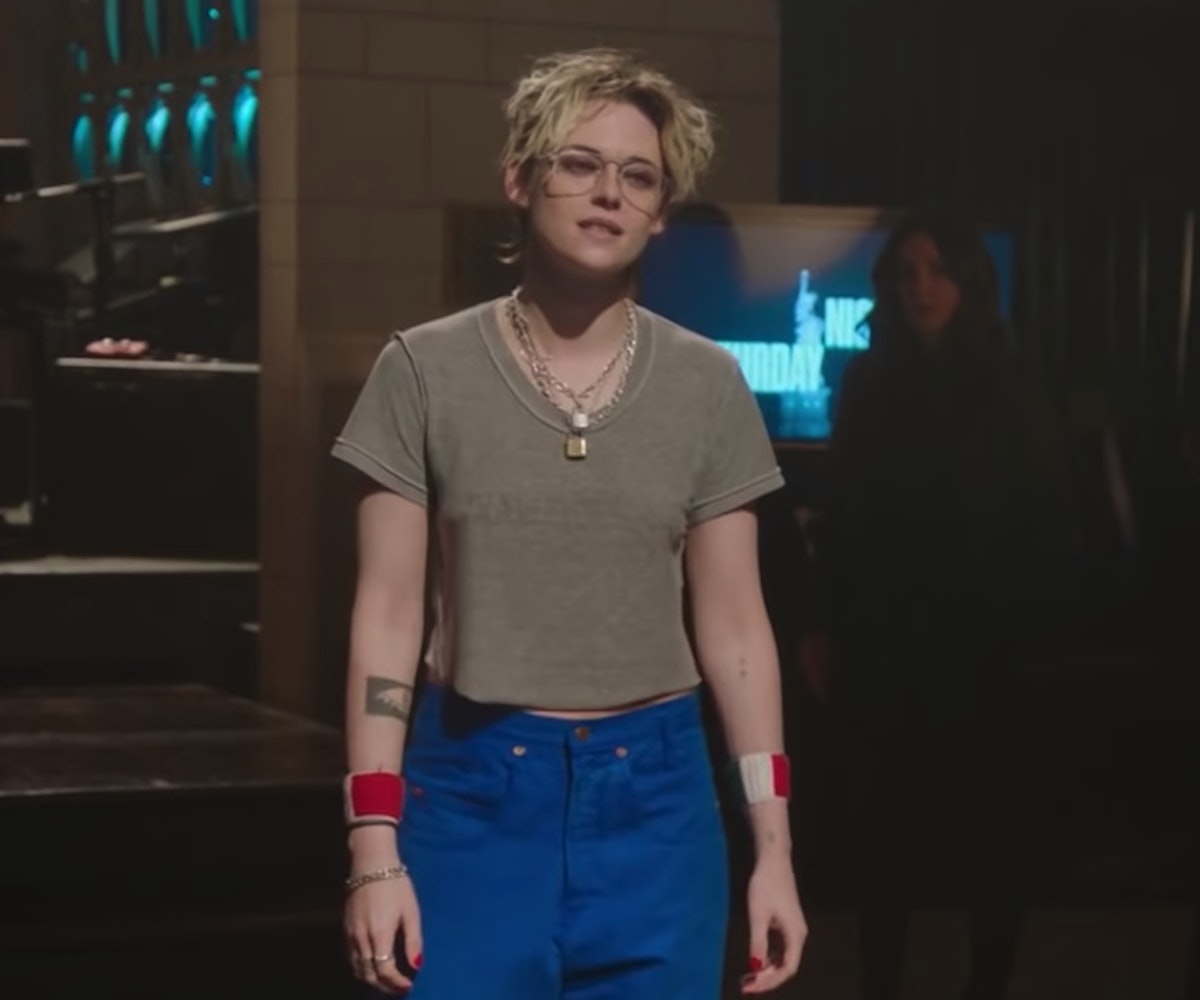 Ahead of Kristen Stewart's return to Saturday Night Livefor her second time hosting the series, the show dropped a teaser on Wednesday to help convince everyone to tune in. Rather than tapping Chris Martin, frontman of musical guest Coldplay, to record a more traditional clip advertising the show alongside Stewart, SNL has queer-baited me with a face-off between Stewart and Kate McKinnon.

As Stewart appears to finish filming a solo promo for her hosting gig, the camera pans to McKinnon sitting in the shadows, smoking a cigarette and giving Stewart a slow, ominous round of applause. "Great job, Kristen. But, I think we all know who the king of the castle is around here," McKinnon says. The two trade a few harsh phrases — "your mom" jokes included — about who is the real top gal and decide that they must battle it out. Obviously Stewart wins almost instantaneously, which turns McKinnon into a bumbling mess. After she tries to get a few last words in with the Charlie's Angels actress, McKinnon gives up, stuttering and throwing a thumbs up before running off set.

Watch Stewart and McKinnon somehow make me more excited for the upcoming SNL episode in the teaser below.