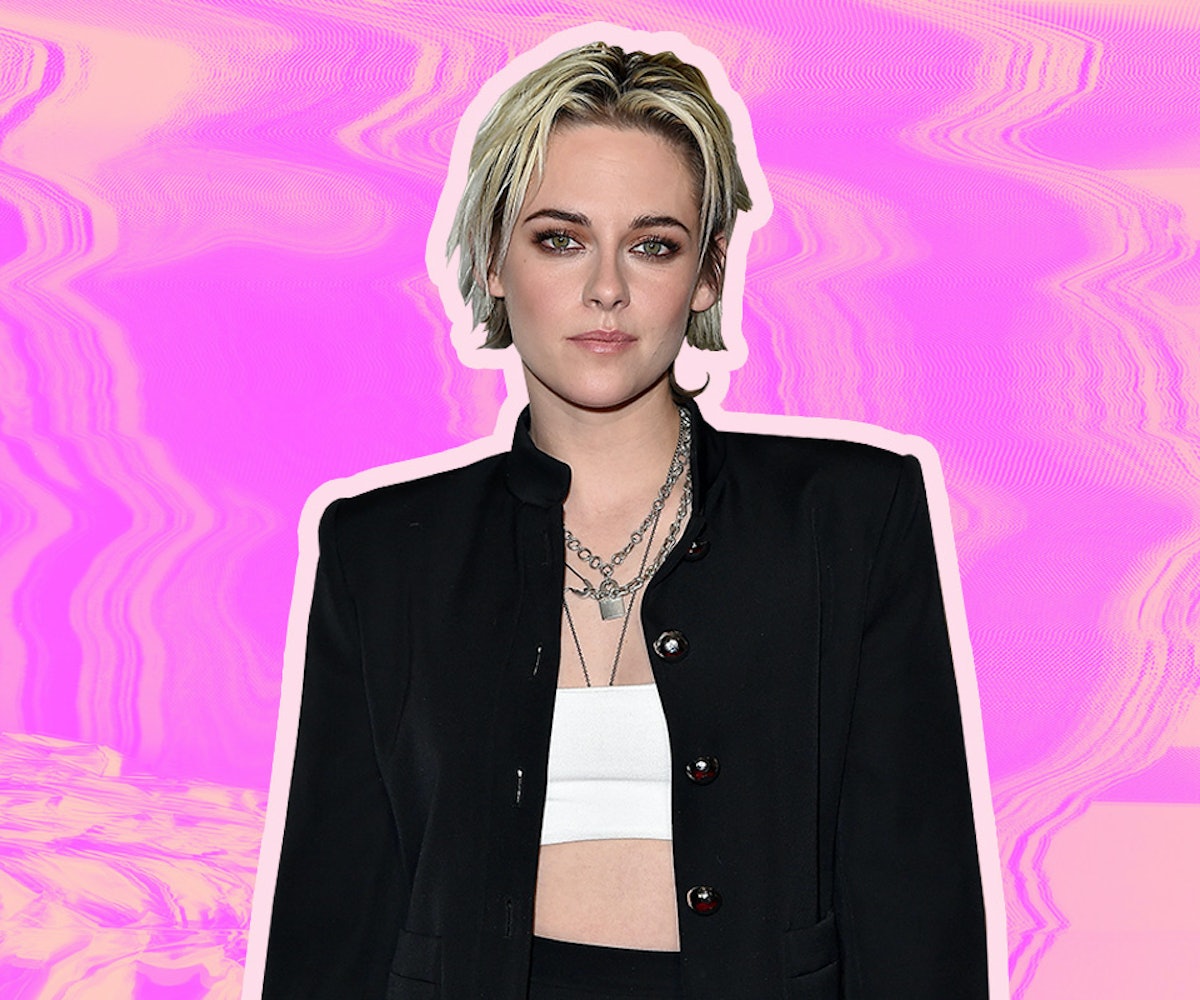 The new film Underwater, starring Kristen Stewart, opens on a quiet moment. The audience sees Stewart's Norah, an engineer on a submarine laobratory, brushing her teeth, barefoot and clad in a sports bra and sweats, when suddenly an explosion hits, interrupting what will be the only moment of calm for the film's remaining 94 minutes. Underwater is not your typical sci-fi horror flick — rather than a standard twenty minutes of exposition, set-up for conflict, and neat ending, the film, directed by newcomer William Eubank, is all action and dread, up until its final, shocking moments.

[Spoilers ahead for the film's ending.]

While Stewart is undoubtedly the star of this film — it's her face (and much buzzed-about buzzcut) that covers the poster and narrates the film's pro- and epilogues — she does not end up surviving the Big Disaster. Instead, in the end, she gives up her chance to escape the doomed ship (and a very scary sea creature, but never mind that) to save two side characters before blowing up the very ship she is stranded on. Not exactly a happy ending — just like Stewart wanted. In fact, it was this plot point that sold the actress the most, so much so that she "toothed and nailed" to keep it as is when the studio pushed back. Here, Stewart, calling from downtown Los Angeles ahead of the premiere, talks about her latest project, including why it was "the most harrowing experience" of her career so far.

I hadn't done a big movie in a long time. I was really intrigued by the first movie that the director made called The Signal. I knew he was young and the movie seemed really ambitious and accomplished a lot, and in comparison to what he had money-wise, it was really impressive. I like taking a swing on a first-time filmmaker if I have the right feeling, and I had the right feeling with this guy. The script definitely needed to be filled up with people. Do you know what I mean? The characters were kind of roughly drawn, and I was into doing something really physical about people in a place where they shouldn't be. They are are normal people and blue collar workers and think they are carrying out a normal job — and that's in no way a bad thing. The striking and terrifying repercussions of that and the darkness provides some opportunity for some existential conversations. I felt like that was a cool place to start for a bigger, sci-fi scary movie.

What was your character Norah like on paper when you first got the script?

Norah has always felt very delicate to me. You don't know anyone in the beginning of the movie, and because of the traumatic nature of what's going down, it takes awhile to get to know these people, even though you only really scratch the surface. Norah initially always felt like something really shitty had happened to her, and you didn't know what it was. It was just like, "What's wrong?" I definitely didn't want to play someone who was overtly gruff or withholding, but I did want to play someone who was delicate and wouldn't necessarily take a joke really well. Yet, instead of being like, "You're not fun," you think, "Norah, what's wrong?" Finding a bit of something for her to latch on to was what I thought her journey was.

You start out a crazy, f*cked up survival movie with a girl who has nothing to lose because she's not happy. You wonder why is she even running? It's not super overt in the story, and it's not necessarily about this, but the whole time I'm thinking that she doesn't even want to survive necessarily, and halfway through the movie she becomes really close to these people and is like, "Wait a second, it's actually totally worth it and I'm going to be the hero." That's Norah.

You really do wonder what her motivation is.

Yeah, exactly. There is none. That in itself is weird. It's not like she's like, "We've got to get out of here, my husband is up there with my son!" It's, "No, I've got nothing and I guess I'll just run here. F*ck. I don't know." And at a certain point, she realizes there is just something about being human that's worth living, even if you have nothing.

I cannot stress or oversell how absolutely miserable it was to make this movie.

Then the ending is not your typical sci-fi ending, in that Norah dies.

No, especially for a big studio. It was one of the reasons why I decided to do the movie. Then when we were shooting it, we got notes from the studio saying we needed to shoot an alternate ending where she finds, at the very last second, a pod that works and survives. I was like, "No! That's the last type of movie I want to make." I literally wouldn't have done this f*cking movie if it was like that. I loved the ending and think it says so much about finding empathy for people and how the greater good prevails. Jessica's character has more to hold on to. It's hard to relate to, because we all have a survival instinct, but it is actually the greater good.

Did you have to fight to keep the original ending then?

I tooth and nailed it. I would have thrown a f*cking fit. I would have been so upset. Even shooting the "alternative ending," I was making fart noises and being like, "This isn't cool." I hated it so much. It was so diluted and scared. Like what, we can't tell a real story? Because we're trying to make money? I thought it was such bullshit. So yes, I totally fought for it.

For a movie that is based at the bottom of the ocean, you'd think a lot of green screen was involved, but based on behind-the-scenes shots I've seen, filming looked pretty intense with some very real sets.

Totally. It's hard to frame this in a way that is digestible for people. You think, "Okay, you guys made a movie and it was hard. You're pretending that you are underwater and it was rigorous." I cannot stress or oversell how absolutely miserable it was to make this movie. It was one of the most harrowing experiences I've ever had filming a movie.

Is this torture to have to rehash the memories three years later then?

No, it almost feels good. Usually you almost aren't allowed to talk about how shitty something was, because that doesn't sell the movie and you're kind of trying to make people see it and that you're proud of it and you like it. In this case, it only kind of helps the scenario. I've never done anything more uncomfortable. I've never been less pleased in my life.

Sets and stunts aside, those diving suits themselves looked like torture.

They were completely f*cked. To be honest, we didn't have a ton of money to pour into it — if the suits were fully functional, they would have cost a ton of money. They were visually beautiful, but we couldn't do anything in them. So they became our enemies. Literally if you talk to any actor that did this movie, they would say that they've never hated anything more. I've truly never physically hated anything more in my life. At some point during the movie, I thought I was sick because my body stopped working the way it normally works. Also, when you read the script and imagined doing a particular thing, you are completely inhibited and you can't. You can't move, you can't touch or scratch any part of your body. And you're in New Orleans, so you're so hot. I'm telling, there is literally nothing worse that I've ever done.

Underwater is out in theaters Jan. 10.