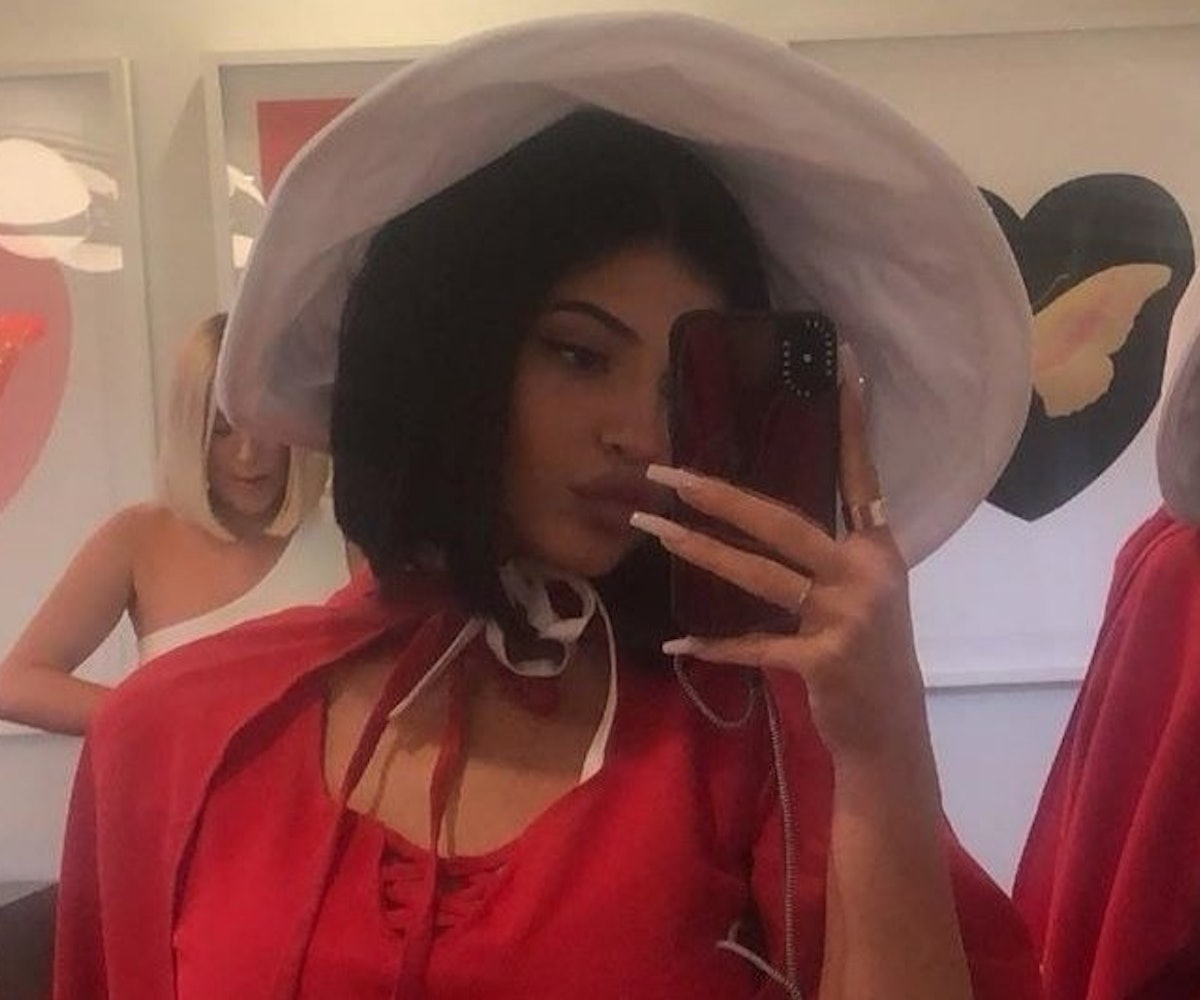 Kylie Jenner faces backlash for throwing a party themed after The Handmaid's Tale. The reality TV star, alongside Sofia Richie, hosted Anastasia Karanikolaou's birthday party that made Gilead look like an episode of The Bachelor.

There's a whole lot going on in the Instagram stories that Jenner shared. First, she narrates walking into the party, claiming that series is her "favorite show ever." "Praise be bitches," Karanikolao responds, before getting into costume with her friends. Drinks at the party included "praise be vodka" and "under his eye tequila," and afterward, guests sat down at a rose-adorned dinner table.

Another video shows Jenner in costume, excitedly announcing that they'd be watching the first episode.

The internet is not here for any of it. In case you have never watched the show, The Handmaid's Tale tells the story of an oppressive regime in which women are subject to sexual slavery. That said, it does not portray a life that any woman should want to be living, let alone celebrate.

"Who's gonna tell her that her party is literally celebrating female enslavement for their biological reproduction," Twitter user @mirandaaithi asked. "WHO IS GOING TO TELL HER?"

No, this isn't an elaborate social media hoax.

Now, who is going to tell Jenner what the Hulu show is really about?