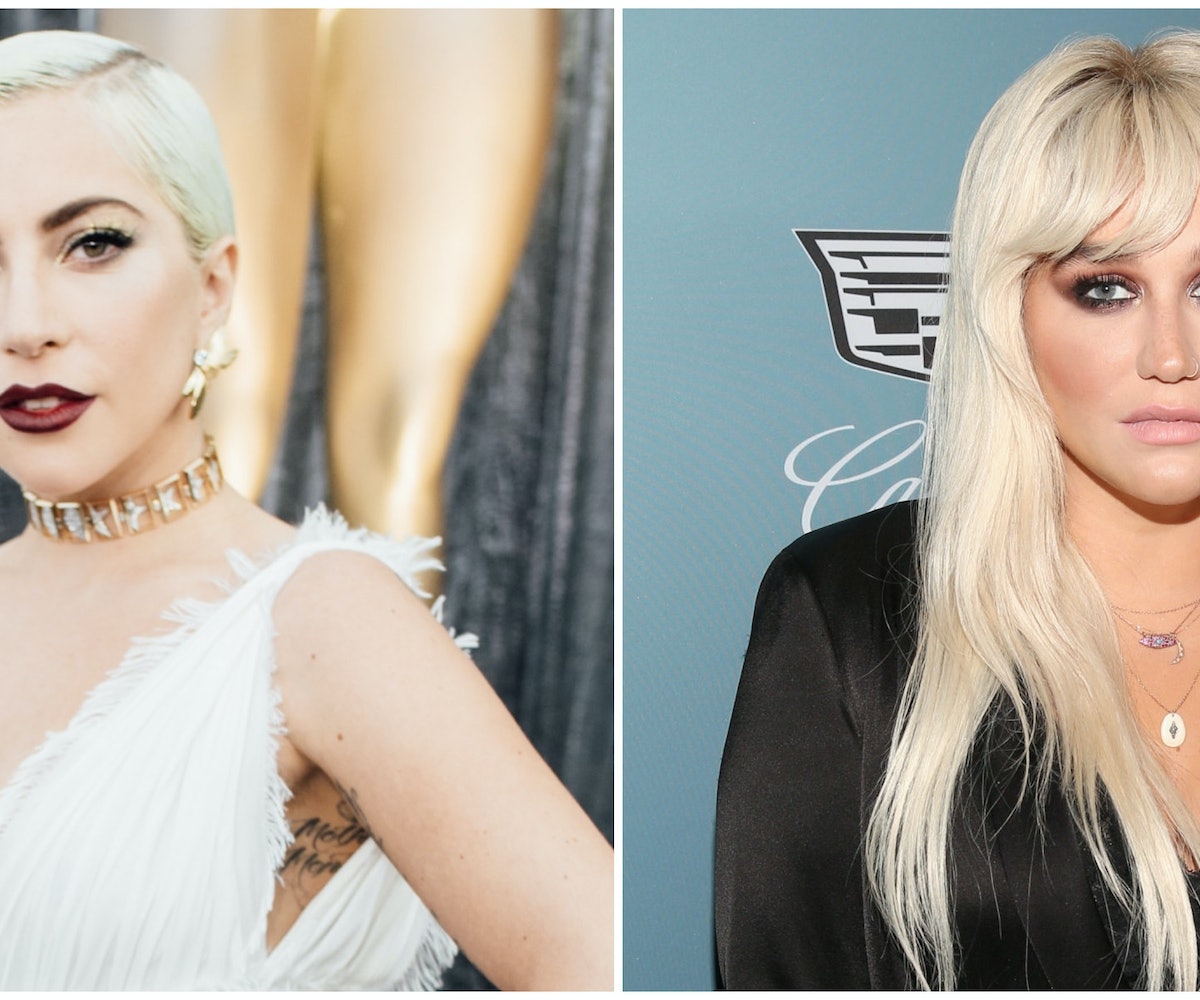 Newly unsealed documents from the ongoing legal battle between Kesha and her alleged abuser Dr. Luke have revealed a heated exchange which occurred between Lady Gaga and Dr. Luke's lawyers in a deposition that took place on September 2017.

The court documents, which were heavily redacted until Tuesday, were revealed via The Blast. In them, Gaga recounted how she first met Kesha at Dr. Luke's home studio "while Kesha was in a back room with only underwear on." She also described how Kesha had confided in her about the alleged abuse that took place over years.

When Gaga was asked about the first conversation where Kesha told her of the abuse, she told Dr. Luke's lawyers that she couldn't recall the specifics. "What I recall was her immense sadness and depression and fear," she said. "She was visibly very different than when I had seen her before, and—but I can't say specifically what we spoke about. I just recall it was emotional and I wanted to be there for her."

The exchange took a turn when Dr. Luke's lawyers asked if Gaga thought that the allegations have hurt the producer's reputation. "If you are asking about his reputation in the world, I don't feel at liberty to speak for the entire world," she said. "So if you asking what my view is of his reputation, I made my view of him and his reputation when I saw her in that back room. That was an image... of something that happened to me, and I felt and knew in my heart that she was telling the truth, and I believe her."

The lawyers then asked if Gaga had any "personal knowledge" of the assault, to which she responded that she did. When asked to explain, she said that "she told me he assaulted her." She was then asked if she had any proof other than what Kesha had said, and she responded, "Well, you know, when men assault women, they don't invite people over to watch."

She continued, "And when this happens in this industry, it is kept extremely secret, and it is compounded by contracts and manipulative power scenarios that actually include this very situation that we are all in right now." When the lawyer pointed out that men are sometimes falsely accused of rape, Gaga responded by pointing out that, very often, women are accused of being liars, pointing out that Kesha was "slut shamed in front of the world."

This is the last of the uncovered documents, as everyone agreed to take a break before questioning continued.