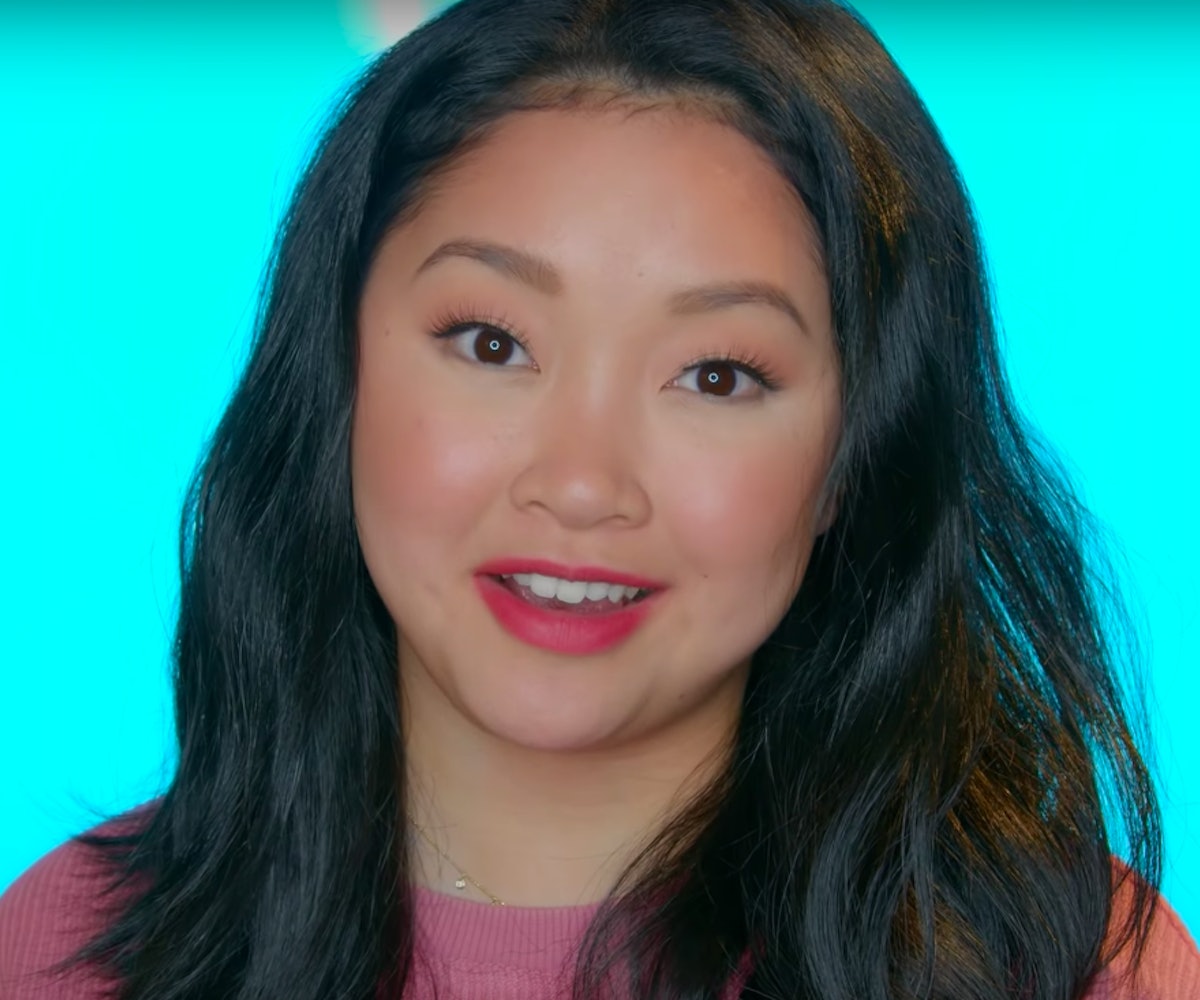 Thanks to Lana Condor, you can now officially become Lara Jean Covey. The To All the Boys I've Loved Before star shared a brand new video on her YouTube channel, and for her latest upload, she shared the ten steps required in becoming her TATB character. Thankfully, a romantic mishap isn't needed for the transformation, but you might wanna grab a scrunchie.

Nearly one month ago, Condor made her YouTube channel debut, sharing her everyday makeup routine. Since then, she's become a regular on the platform, releasing clips that have detailed a bit more about her life, including a behind the scenes look at her time on TATB. For her latest upload, she celebrated the character that helped catapult her to superstardom unveiled the secrets behind her lovable Netflix character.

Filmed during the ongoing coronavirus pandemic, Condor says that she wanted to create a lighthearted video, getting into the steps "required" to transform yourself into the rom-com character. Condor's first suggestion is to watch the movies, and once you've done that, she notes you're already ahead of the game if you have long hair. "If you don't have long hair, that's all good, because you can use extensions," she explains. Unfortunately, the actor doesn't "have a clue" as to how to properly apply extensions, so that's a step you'll need to complete for yourself.

Step three explores Lara Jean's makeup evolution with Condor detailing how her character has transitioned from "no makeup" in the first film to "a little bit of makeup, but not that much" for the second film. Her character's preferred beauty routine includes blush, lip stains, and eyelashes. She also revealed that in the sequel, P.S. I Still Love You, her character was frequently spotted with a soft, blown out black eyeliner applied in a smudgy way.

Step four might be the easiest of all: have a scrunchie. As fans of the films know, Lara Jean is frequently spotted with her hair pulled up, and for the YouTube video, Condor shows how easy the updo is to copy. "Scrunchies are kind of the most important part," she says.

Follow along with Condor's ten steps to becoming Lara Jean, below.