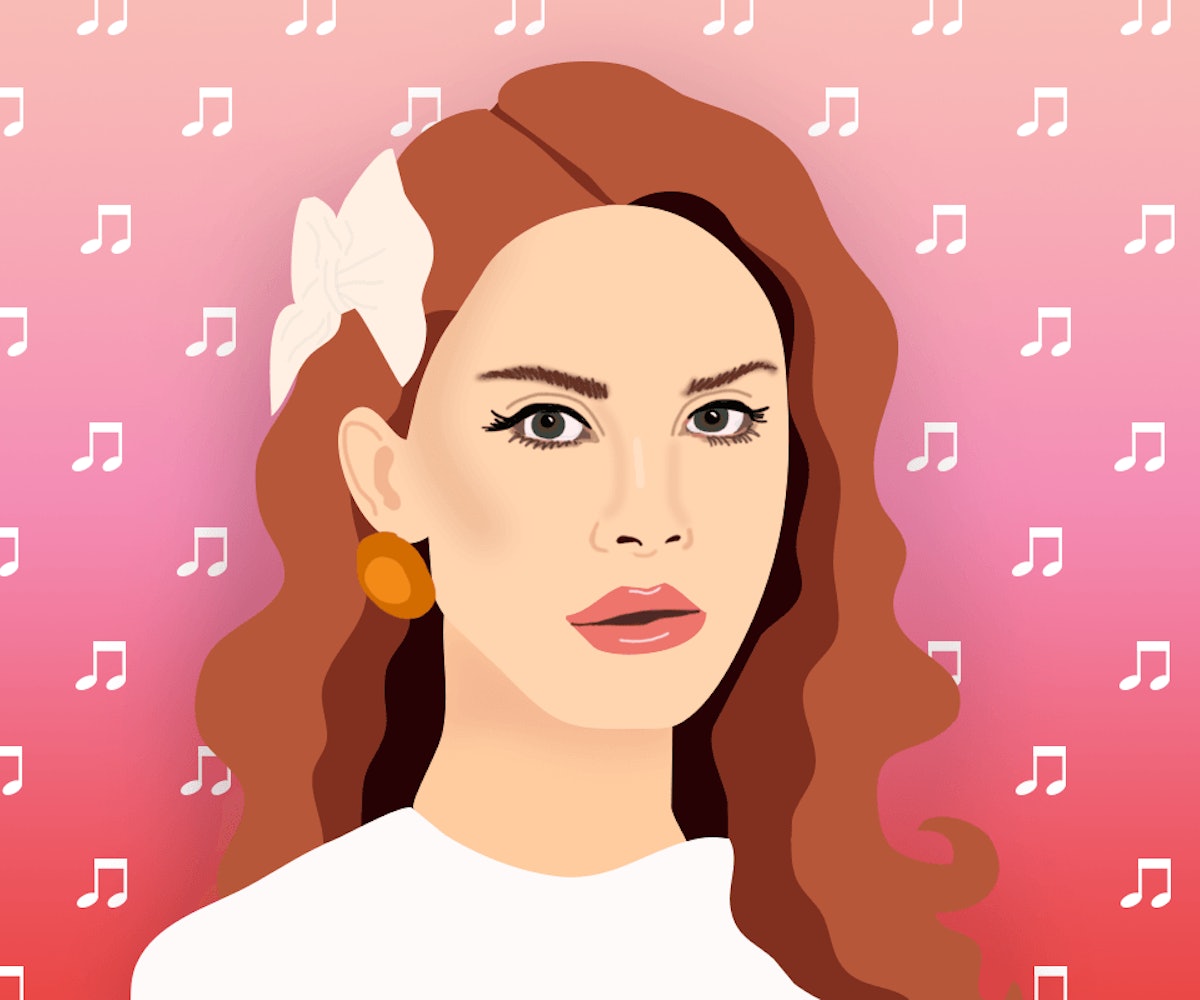 Today is Lana Del Rey's birthday; it's the Summer Solstice, the start of Cancer season (oh, did you also think Lana was a Gemini?), and the astrological Cusp of Magic. Quite a day, when you think about it. And, like, I think about it a lot, because it's, um, also my birthday.

Anyway, in honor of Lana's birthday, and the advent of summer, I've been spending some (a lot) of time listening to her recent cover of Sublime's "Doin' Time." Because, in the words of Lana, "not a day goes by that I don't listen to at least one Sublime song." In my case, this is mostly because my next door neighbor plays "Santeria" on his acoustic guitar on a nightly basis, but truly, I am not immune to the band's Southern California charm, and am embarrassed to admit just how many times I listened to "Mary" when I was a teenager, brought almost to tears by what I thought was an achingly beautiful love song based on the pure degree of need that could be heard in Bradley Nowell's voice, and then his perfect laugh at the end when he sang, "Mary, baby, Daddy is coming home." (Even today, I love an ur-Daddy text.)

But so, the point is, hearing Lana's perfect cover of "Doin' Time," and listening again to "Mary" and realizing that it, like, definitely holds up, had me thinking about all the other songs that Lana still needs to cover. I mean, perhaps she doesn't need to, but these are the songs that it would be great if she covered, for music, for Southern California, for the '90s, for the culture, and for me, personally.

The Wallflowers, "One Headlight"

On the one hand, I'd really like to see Lana do one of Jakob Dylan and co.'s lesser-known songs, like the tangerine-infused "Josephine," but on the other hand, I really need to hear Lana sing about a woman who "died easy of a broken heart disease/

As I listened through the cemetery trees."

How has Lana not covered this yet? Isn't basically every song she sings about a black hole sun? Or the black holes that take the place of souls for all the men she knows? This cover needs to happen.

Not unlike Sublime, Blind Melon was another SoCal band that also had a too-brief career in the '90s because its lead singer died of a heroin overdose. "No Rain" is not as obvious a Lana song as "Doin' Time," but newly revealed Cancer Lana will totally kill moody lines like, "I like watchin' the puddles gather rain."

Violent Femmes, "Add It Up"

Okay, yes, this song is inherently perfect for Lana to cover, as are so many other Violent Femmes songs, but the real inspiration behind this choice is that I recently rewatched Reality Bites and was inspired by Ethan Hawke's cover, and found myself wanting another cover of it. Not by a Gen X slacker, but by a millennial goddess.

Another song choice inspired not so much by the band itself, but by an iconic '90s movie: Oliver Stone's The Doors. Lana has covered Jim Morrison's work before, but the torturously slow "Crystal Ship" is begging for the Lana treatment.

These lyrics are the most Lana out of any of these songs, and she would absolutely put a new spin on what is probably the one song I'm not ashamed to say I listened to every single day of 1998. I mean, check them out:

That is pouring like an avalanche coming down the mountain

I don't mind the sun sometimes the images it shows

Lana, please! You've got this.