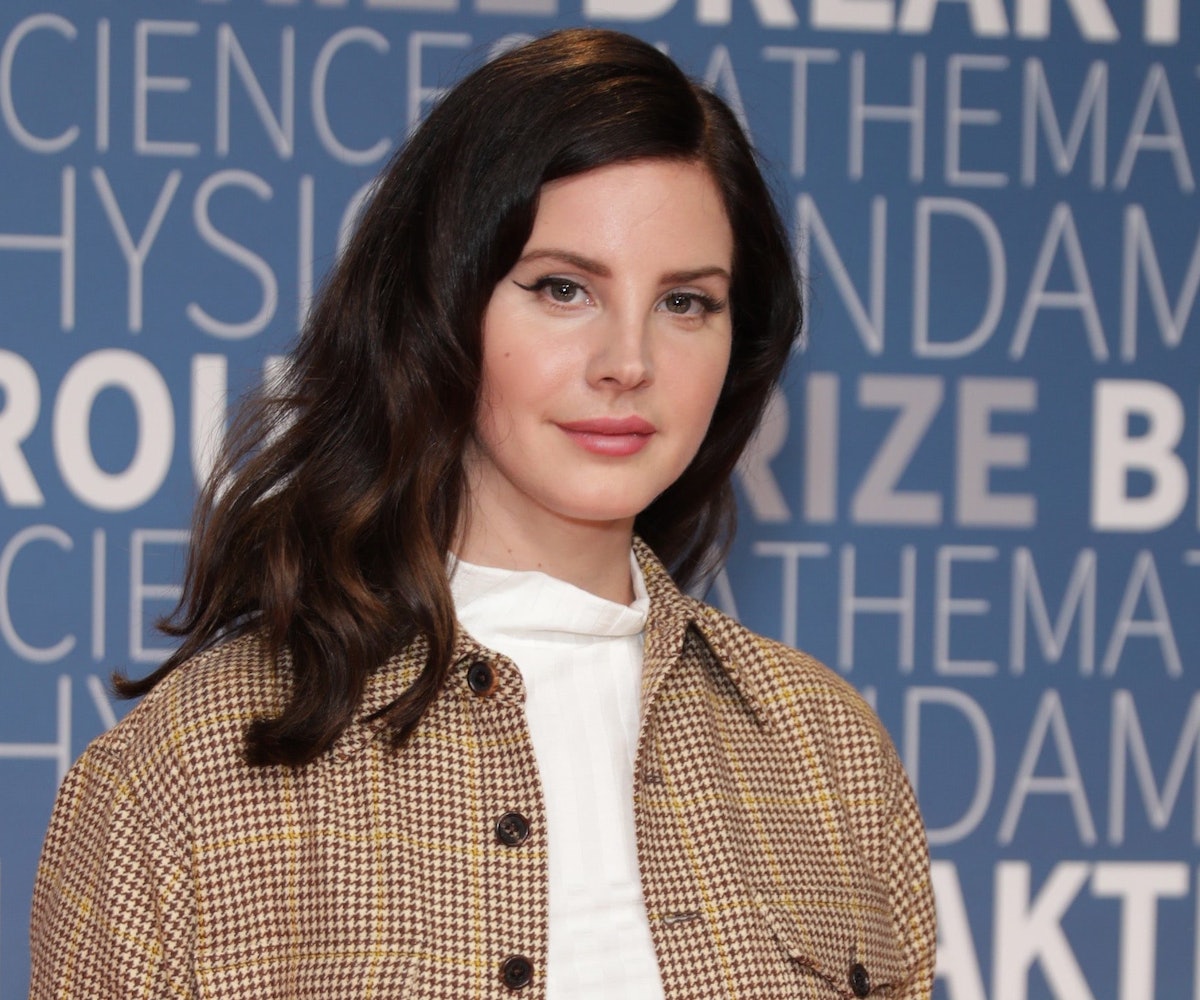 Lana Del Rey is on the cover of Vogue Italia's June issue, and in the story, she shares some of her poetry. The spread intersperses photographs of the singer taken by Stephen Klein with two poems and a watercolor painting that she created.

Both poems seem set in a time when women were expected to be housewives, and tackle the feeling of being held back by society. One, titled "Bare Feet On Linoleum," references Sylvia Plath—much like her song "hope is a dangerous thing for a woman like me to have—but I have it"—and talks about the limitations that have been historically placed on women. "Stay on your path Sylvia Plath/ don't fall away like all the others," it begins. We're led to believe that the writer's dreams have been deemed unattainable, and rumors are circulating that she's "crazy" for wanting more than to be in "the kitchen." At the end, she questions whether she should just resign herself to staying "here now/ In the kitchen/ Bare feet on linoleum/ Bored—but not unhappy."

In the other poem, "Never to Heaven," Del Rey is in a relationship with a man named Joe, who she hopes will continue to treat her as an equal: "I pray that i may/ always keep my eyes level to your eyeline/ never downcast at the table cloth." Still, there are feelings that she's hesitant to share with him: "There are things you still don't know about me/ like sometimes i am afraid my sadness is too big"

Read the poems in full for yourself, here.