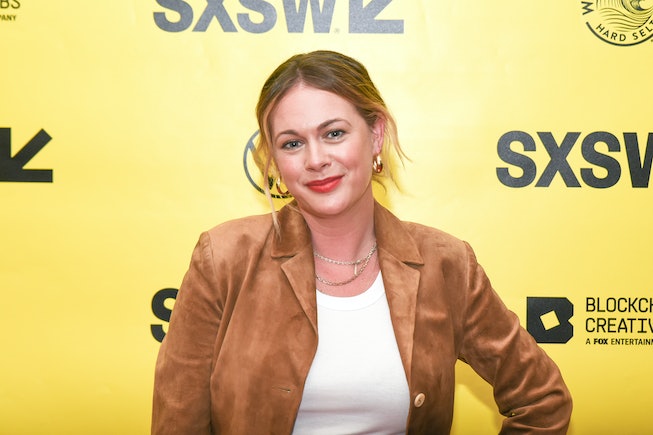 Alison Roman, the Internet’s most famous cook, will soon be moving from the Instagram feeds of primarily millennials to the television screens of the greater American public — as the shallot-obsessed cook gets her long-awaited show on CNN, titled (More Than) A Cooking Show.

Roman first rose to fame in 2018 while working for The New York Times, when she released her recipe for The Stew, a recipe involving chickpeas, turmeric, and mint that was described by some as a white-washed version of a coconut curry. She became everyone’s favorite cook during the early days of lockdown when she tweeted simple recipes and grocery lists for people suddenly finding themselves having to cook every meal at home.

It was during this time she did an interview with The New Consumer where she said Marie Kondo had “sold out,” for selling products she felt were contrary to Kondo's KonMari Method, and that Chrissy Tiegen had similarly sold out by having a line at Target. The interview prompted major conversations and even more think pieces in the food world around appropriation and racism and got her booted from NYT.

Roman apologized and returned to the public after a few quiet months with an insanely entertaining and deeply embarrassing Ziwe Instagram interview before staring a Substack newsletter called “a newsletter,” along with a cooking show on YouTube called “Home Series,” which I would be lying if I said I didn’t turn on in times of great stress. Roman is also known, in some circles, for her utter devotion to tinned fish and shallots, which together make her cult favorite Shallot Pasta, which is so good it’s even inspired merch. (It really is that good.)

Anyway, the beloved-to-disgraced-to-mostly tolerated cook is now getting her own show on CNN, her first major deal since the scandal and subsequent rebuild. Roman has built her career on making relatively simple, flavor-packed comfort staples, like shortbread cookies or potato leek soup topped with a mountain of dill, and we can only hope that despite a CNN budget, she stays true to her love of preserved lemons and anchovies.

According to CNN, Roman will embark “on a journey to learn about some of her favorite ingredients – where they come from, how to cook them, and why we should and must love eating them as much as she does,” sharing recipes and journeying to New York and the Amalfi Coast. (Here’s hoping for a Stanley Tucci’s Searching for Italy x Alison Roman collab.)

NEXT UP
Culture
Phoebe Dynevor Will Not Return for Bridgerton Season 3
Culture
6 Shows To Binge Once You've Finished 'The White Lotus'
Culture
Succession Season 4 Trailer Explodes With Family Drama
Culture
Netflix Is Seriously Cracking Down On Sharing Passwords
Style + Culture, delivered straight to your inbox.