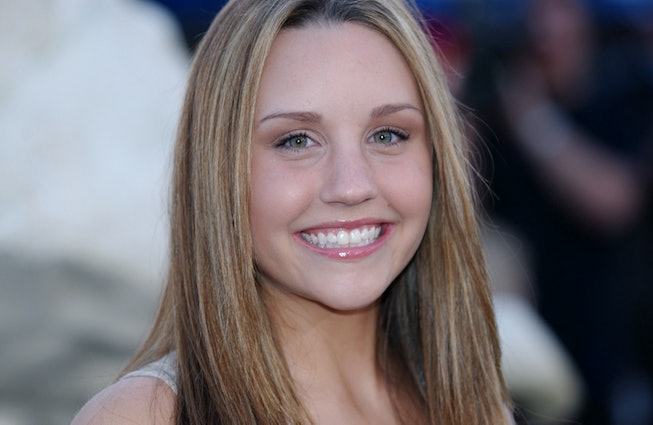 Amanda Bynes is starting a rap career. Just a couple weeks after having her conservatorship lifted, which had been in place on and off for the last nine years, the actor is flexing her creative muscles. After previously releasing a snippet of the track “Diamonds,” back in January, the final version, which she recorded with her fiancé Paul Michael, has finally arrived.

I’ve come to expect the unexpected when it comes to celebrities, but I wasn’t prepared for the harshness of “Diamonds,” a bass-heavy track with off-kilter, driving, repetitive beat, which feels in contrast to Bynes’ zany persona. But then again, Bynes has been largely out of the spotlight for the better part of a decade, after a conservatorship left her unable to make financial and personal decisions.

"Amanda is creative and playful. She had a lot of fun recording 'Diamonds' during the first shutdown," says her lawyer David A. Esquibias. "She is now able to share it with her fans." All I want is for Bynes to be creative and playful, and if making Soundcloud raps is what she wants to do, the more power to her.

"In the last several years, I have been working hard to improve my health so that I can live and work independently, and I will continue to prioritize my well-being in this next chapter,” she told People after her conservatorship was terminated. It’s unclear if rapping is a one-off or part of this next chapter, which also includes school and other career aspirations. "I am continuing with my Bachelor's Degree at FIDM, majoring in Creative Industry Studies with a core in Beauty Marketing and Product Development,” Bynes told Entertainment Weekly. “I am traveling to New York in June to work on developing a fragrance."

While we await her fragrance line and other projects (please please please reboot The Amanda Show), you can listen to “Diamonds” here.