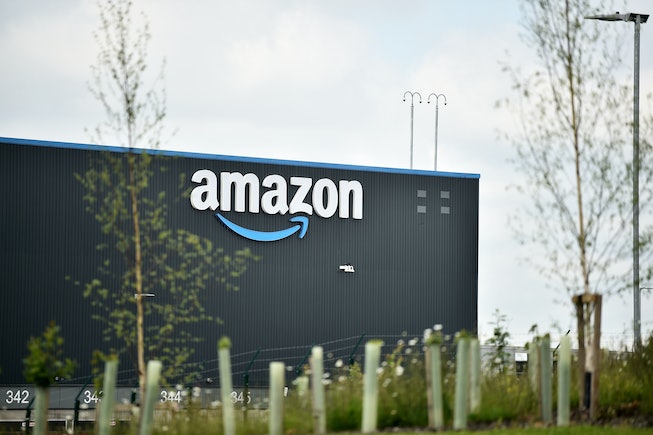 Amazon has come under fire for mistreating employees, union-busting, and the destruction of book, home and sporting goods stores, among many other things. As if you didn’t need another reason not to shop there, now, undercover footage from Amazon’s Dunferline, Scotland warehouse from Britain’s ITV News shows the online retailer is also destroying thousands of perfectly good, unused items, including books and electronics.

The undercover video clip shows someone scanning a box with a laptop inside and the label “destroy,” pops up on the screen, instead of “delivery.” The video shows books still in plastic wrap, a cutlery set, and a pair of earrings in a pile of other items that are presumably going to be incinerated.

"From a Friday to a Friday our target was to generally destroy 130,000 items a week,” a former employee told ITV News. The employee said about half the items staff were being asked to destroy were unopened and still in shrink wrap.

Why is this happening? Amazon charges companies to store their goods in Amazon’s warehouse. According to CNBC, in 2019, Amazon charged 50 cents to return unsold inventory to sellers and 15 cents for disposal, so companies often pay to have the merchandise destroyed than to keep paying for the storage space.

This isn’t the first time there have been reports of the company destroying unused items: A French documentary found that Amazon destroyed more than 3 million products in 2018. In 2019, Amazon said it was creating a program for third-party sellers to easily donate unused merchandise that would be distributed to U.S. nonprofits. But according to the ITV News report, a leaked document from the warehouse showed more than 124,000 items marked “destroy,” in one week, compared to 28,000 items that were labeled for donation.

Amazon told The Verge that the ITV video was actually a video of a recycling center and that less than 1% of Amazon’s products are incinerated for “energy generation,” but with upwards of 12 million products, that’s still a lot of perfectly good products that are destroyed.