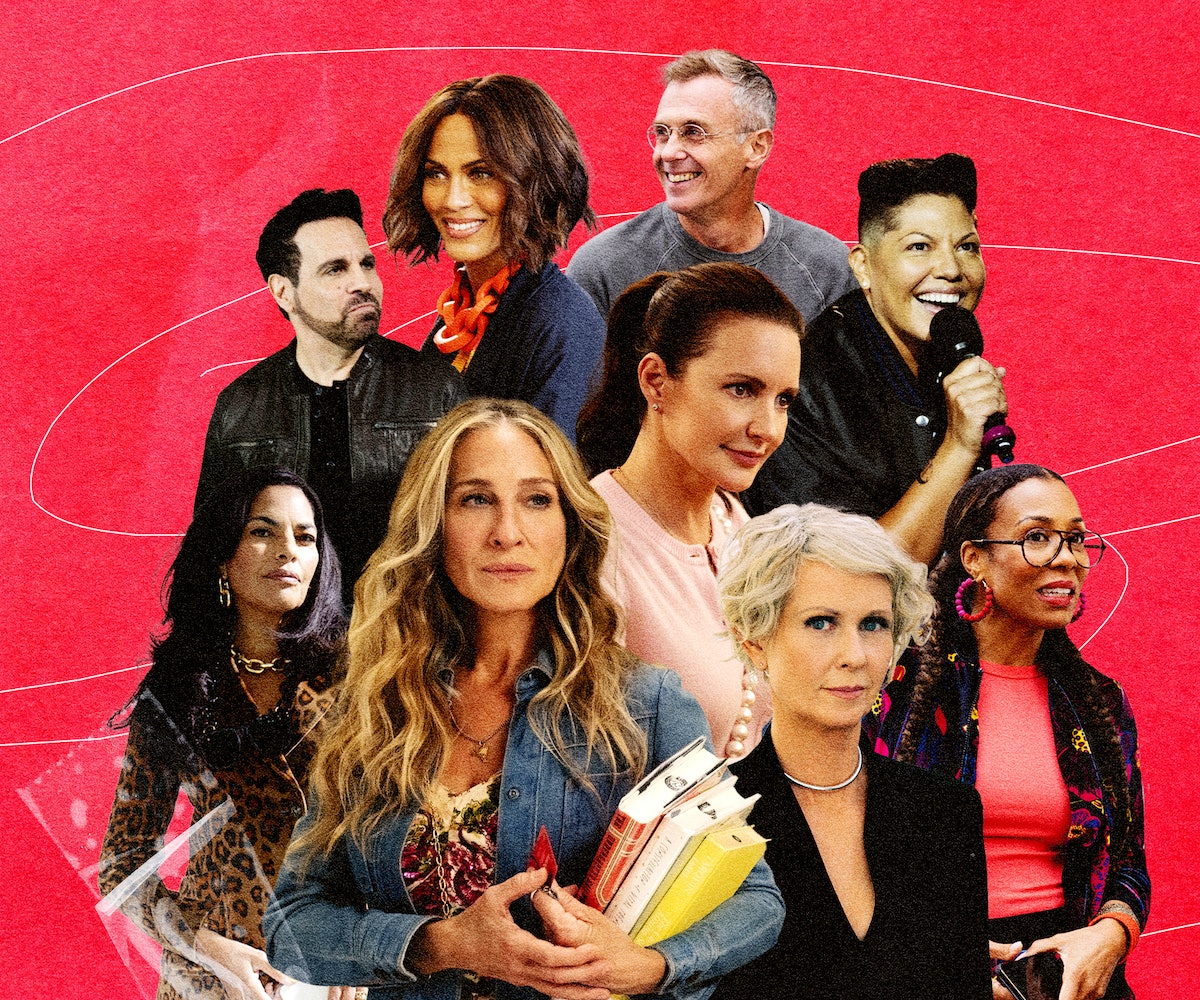 Nothing gold can stay, and the once delusional glamour of Sex and the City was resurrected into And Just Like That, a high-budget fan fiction created to psychologically harm fans of the beloved series. Train wrecks are famously fun to watch, and the reboot delivered when it came to some of the most cringe and debasing moments to ever be aired on television. Without further ado, see where your favorite — and most hated — And Just Like That character ranks, below.

Not only does this show have no idea what a podcast is, but its obsession with the phrase “comedy concert” is nothing short of haunting. Enough!

Before any of you freaks get enraged that a seminal character is on this internet list, please let it sink into your skulls that Mr. Big is not real and nothing written is an endorsement of the actor portraying him. Anyway, this man still found a way to lie to Carrie — securing his jilted ex-wife Natasha with a cool $1 million out of nowhere — even in the afterlife? That’s what we in the biz call a commitment to the bit. The bit, of course, being constant humiliation. The only person who embarrasses his alleged beloved more is the basketball player and baby daddy of one Khloé Kardashian.

As soon as Che Diaz slapped the “woke moment” button on their “podcast” X, Y, and Me, I knew they would be public enemy number one. Che’s comedy operates on a very loose interpretation of humor, by which I mean that their sets feel like a Ted Talk specifically engineered to torture Sex and the City fans. Every episode of And Just Like That made Che inexplicably more famous than the last to the point where suspending disbelief felt impossible. We’re just supposed to accept that a person who says things like “I’ve done a ton of weed” is cool and beloved? In the immortal words of Rihanna: “Good luck with booking that pilot you speak of.”

I miss when teens used to sneak around in order to suck and f*ck instead of just banging the headboard against the wall while their parents eat ice cream downstairs. Can’t he and Luisa have a romp in Prospect Park like people with dignity?

You know when you describe someone as “nice” because you don’t know what else to say? Lisa Todd Wexley is nice.

As HBO’s biggest anti-hero next to sociopathic sad clown Tony Soprano, Carrie didn’t deviate too far from her canonical annoying and selfish ways. Yes, she used Big’s death as a trump card at every chance, stalked Natasha, and brushed off her friends’ personal drama. But she also fully embraced being a classic, wacky-as-hell old head New Yorker who walks around her neighborhood wearing dishwashing gloves while ripping a cigarette and dumps her late husband’s ashes into the Seine from an Eiffel tower shaped purse. She is who she is!

I would pay to see her go ten rounds with Bunny MacDougal. May the most wretched spirit win!

To name oneself Rock when the meme non-binary name is “sock,” is so stupid that it circles back around to genius. You have to laugh!

I appreciate Naya, the cool, calm, and collected intellectual. I wish we got more out of her outside her interactions with Miranda “I’m with her” Hobbes and her husband pestering her for a child. Complicated relationships to motherhood are refreshing; it’s what made Miranda's pregnancy and birth compelling, and part of how Elena Ferrante’s books make the big bucks. I just wish Naya was allowed to let loose and have fun!

For a show that never addresses 9/11, it sure loves to remind us of the pandemic. Anthony having a baking business built on the backs of Grindr hookups in a post-sourdough starter kit world is just stupid enough to work. And after all these years, he’s still vicious, which I wholeheartedly appreciate.

Thank God for our Park Avenue Pollyanna. While Miranda was busy doing a round of scorched earth humiliation and Carrie was “podcasting,” Charlotte gave the show some much needed levity. She has an active sex life, still has her social wits about her, and does her best to understand and embrace her non-binary child, even when they decide to go by something as stupid as Rock.

One ball, faulty ears, and a heart of gold. You’re telling me this man forgot how to finger? The writers who did this to Steve will be dealt with.

A great husband, a caring father, and the only one who can get it up at his big age. (Sidenote: Harry probably shelled out approximately $100K for Rock’s they-mitzvah that ended before 3 p.m. and barely complained when they threw an identity fit. What a man!)

Lily has now majorly uprooted Carrie’s life twice. First, she pulled her little stunt with Carrie’s phone and a cupcake-shaped purse during the Sex and the City movie, and then, her piano recital sets up Big’s Peloton ride into hell. The best part is that Lily’s not even old enough to buy Carrie condolence cigarettes. I have to respect her on that alone.

The saving grace of And Just Like That. Seema’s got moxie, a nuanced personality, and she also gets Carrie to start smoking again. Crucial! No one can replace Samantha Jones, but seeing Seema sit with the ladies at dinner didn’t feel like a knife in the back.

I wish Stanford had gotten a more proper send-off than an off-screen pivot to TikTok creator manager, but I will let this one slide when I have HBO Max and the And Just Like That writers tried at the Hague for crimes against humanity. Learning that Stanford used to work at The Odeon during its coke-fueled heyday and watching him sneak around a hysterical Charlotte felt like moments that could have been in the original show, which is a salve looking back at what And Just Like That presented us. Rest in peace, Willie Garson.

Even though Samantha isn’t physically in the show, her specter still remains one of And Just Like That’s most compelling forces. Her power is so immense that the writers had to replace New York’s sexiest publicist with four separate women of color for our main ladies to collect like trading cards (or Louboutins? This is Sex and the City after all) and then pretend that she would dip out of Carrie’s life over money. Samantha Jones? The fiercely loyal friend and a Manhattan homeowner before Carrie even realized she had an apartment down payment worth of strappy designer heels? Oh honey, I don’t think so. Without Samantha, her remaining friend circle can barely get a table at a hot New York restaurant and are forced to eat fast casual meals in Chelsea Market. But in the end, Samantha is above it all; from sending a thoughtful flower arrangement to Big’s funeral to letting her most annoying friend mine her hilarity for her weird little “podcast” (and then proceeding to leave her on read) Samantha’s absence was And Just Like That’s biggest plot line. How fabulous is that?