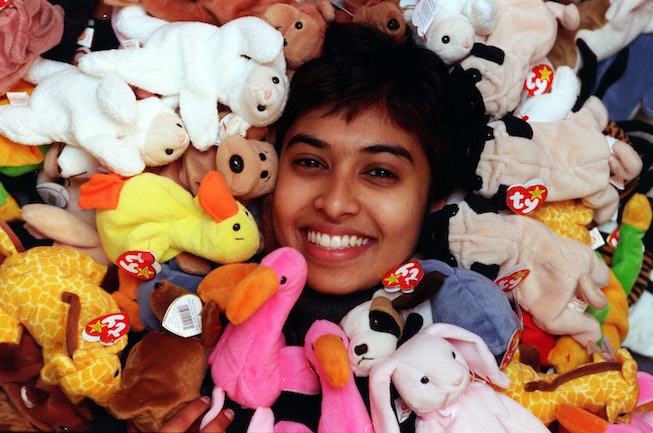 Justice is here for everyone who convinced their parents to buy them plastic covers for their Beanie Babies tags in hopes they’d one day be worth thousands: Beanie Mania, a Beanie Babies documentary, is coming to HBO Max.

As reported by Deadline back in September, the documentary will explore how the idea of exclusivity played into the explosive Beanie Babies trend of the mid-to-late 90s, with each new design only being produced in a limited quantity — which is not unlike how modern fashion drop culture works. Ty Inc., which started Beanie Babies in 1993, also created the first direct-to-consumer website, an idea that’s since gone on to disrupt every industry from glasses to mattresses.

We might be just past the peak of the 90s nostalgia wave, but not too far past it to reexamine the Beanie Baby crazy from a 2021 perspective — one that will surely leave us resentful that, even as children, we were taught the capitalist value that our toys must be worth something, or seen as an investment in our future instead of just something soft to cuddle with. Anyway, moving on...

“Nearly all of us participated in the Beanie Baby craze,” said director Ben Kitnick in Deadline. “We are thrilled to not only explore how the phenomenon defined the zeitgeist, but how lives were forever changed in its wake.” Um...how do we think lives were forever changed in its wake? I’m not sure if we’re ready for some tragic stories about families who forwent a 401k to invest in Beanie Babies — that is, unless it’s a cautionary tale about not putting all your coin into the NFT market, cryptocurrency, or even shorting stocks to valiantly screw over Wall Street hedge fund villains. (But in the event you do crave that depraved, heartbreaking content, there is a 2013 documentary titled Bankrupt By Beanies, about exactly that.)

The film is being produced by the Nacelle Company, who also recently announced that it’s producing a TV series centered around characters from the iconic 2000s Southern California brand Paul Frank, including, most famously, Julius the Monkey. While I’ll take any excuse to dust off my old Paul Frank baguette bag and watch the price of brand skyrocket on Depop, let’s hope the renewed interest in nostalgic relics paves the way for what the people really want: A Lisa Frank documentary.

The Beanie Mania trailer dropped on December 15 and includes everything all the crucial details of the era — footage of people going wild for the toys, impressions of dial-up internet, and a collector who admits that she once refused a $100,000 offer for one of her Beanie Babies. Haunting! Watch it, below, and stream Beanie Mania starting December 23.

This article was originally published on Sep. 22, 2021