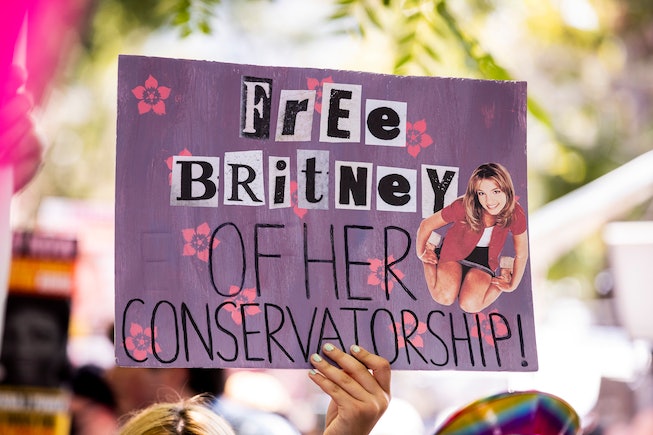 Britney Spears’ new lawyer isn’t wasting time in the fight to free her from the conservatorship of her father.

As reported by Variety, Spears’ attorney Matthew Rosengart, who took up her case earlier this July, filed a motion on Monday to appoint an accountant to take over the conservatorship, saying her father Jamie Spears, whose had control over the pop star’s finances and life decisions since 2008, has “dissipated” her fortune and has “profited handsomely,” from her estate, receiving $16,000/month from her estate. He also wrote that Spears’ net worth, which is listed in the filing as including including cash assets of $2.7 million and non-cash assets of more than $57 million is “shockingly low,” given Spears’ success.

In June, the pop star gave a detailed, disturbing testimony explaining the depth of control of the conservatorship, saying she was forced to work, was not allowed to remove her IUD despite wanting to have more children and had no say over her medications.

Jamie’s attorney have denied all allegations of wrongdoing in the past.

In a declaration along with the motion, Spears’ mother Lynne wrote she supports removing Jamie from the conservatorship, citing “complete control over her, his mistrust of her, his coercion of her, his ‘bartering’ with her over what she can and cannot do for whatever reward or punishment he is willing to mete out, his constant threats and his decision-making over all aspects of her life.”

She also pointed to a physical altercation between Jamie and Spears’ sons in 2019 that she said “understandably destroyed whatever was left of a relationship between them.”

The next hearing will be September 29.