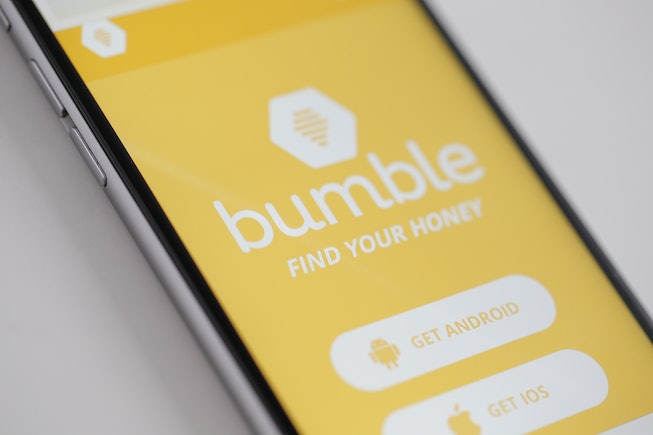 Bumble is rolling out a new feature that will enhance the user experience, allowing others to report those using hate speech.

Announcing the function on its website, Bumble shared how it's continually strived to make a community that's safe. As part of those continued efforts, Bumble updated its terms and conditions, creating an explicit Bumble ban on anyone that uses hate speech. "This includes language that can be deemed fat-phobic, ableist, racist, colorist, homophobic or transphobic," Bumble announced.

The planned ban function will warn those using body shaming language in their profile or through the app's chat. Following a warning, those who participate in repeat incidents will then be banned from Bumble.

Those that experience hate speech on Bumble firsthand can also report the user. Bumble has alerted users to tools within the app, which allow someone to block & report, un-match & report, and hide & report.

"Body shaming is not acceptable on or off of the Bumble app. For those who may not know, body shaming means forcing your opinion of a ‘good body’ onto others. It can come in the form of sending a message to someone that’s critical of their body or health, or by stating in your Bumble bio that a certain kind of body is unacceptable or undesirable. Body shaming includes fat shaming, health shaming, criticizing skin or hair, thin shaming, unsolicited opinions, and mocking someone’s physical features," Bumble states on its website.

This latest update to Bumble comes nearly two years after the app announced a ban on gun images featured in profile photos.

NEXT UP
Life
19 Self-Care Gifts For Your Friend Who Needs To Relax
Culture
Allie Rowbottom’s Novel Aesthetica Isn’t About Instagram — It’s About Survival
The Art Issue 2022
True Life: My Partner Is Obsessed With NFTs
Culture
Emma Chamberlain Inks Exclusive Spotify Podcast Deal For ‘Anything Goes’