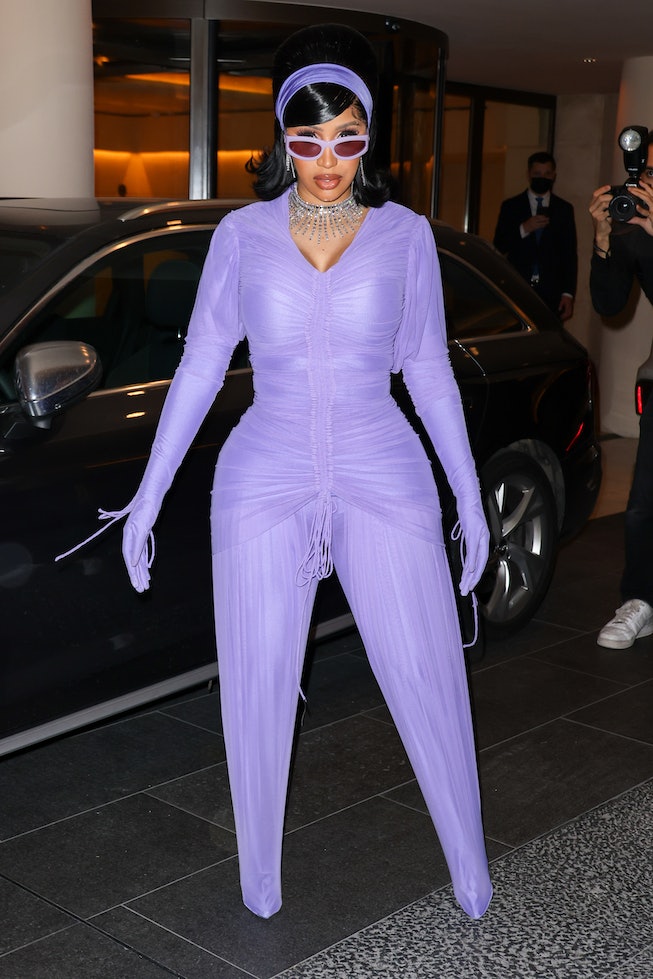 In 2014, Cardi B gave us a controversial theory: “A hoe never gets cold,” she said in a now-viral video.

“It’s cold outside, but I’m still looking like a thotty, because a hoe never gets cold,” she said, strutting down the hallway in a skirt and bra top. We’ve all been there: Walking 20 minutes to a party wearing a mini skirt in 30-degree weather, convincing ourselves that alcohol and adrenaline will suffice in place of a coat. You can’t let winter ruin a good outfit!

It’s easy to cast this off as one of her Cardi-isms (which are actually all salient grains of truth), but recently, Cardi was proven right, according to a new study by the British Journal of Social Psychology.

Roxane Felig, one of the authors of the study: “When looking ‘hot’ means not feeling cold: Evidence that self-objectiﬁcation inhibits feelings of being cold” took to TikTok to explain what her lab calls “the Cardi B study.” “We wanted to test that scientifically,” Felig said of Cardi’s hypothesis. “And so we did. And it is true.”

In the video, which has more than 44,000 views, Felig explains that what Cardi was saying was that she was so focused on her outfit that she didn’t have space to think about being cold, which aligns with something called self-objectification theory. Basically, she explains, when women are “highly focused on how they appear externally, it reduces the amount of cognitive resources that they have available to appraise their internal states.” When women are in a state of self-objectification, they are less aware of how hungry they are, or their heartbeats.

To test the hypothesis, Felig and her team conducted a field study, going to a busy part of town in South Florida known for its nightlife and surveyed women waiting in lines at clubs. The temperatures were between 40 and 50 degrees when the study was conducted. They asked them to respond to a series of questions including assessing their “state of self-objectification,” how intoxicated they were, how much skin they had exposed, and how cold they felt. They found there is “no relationship” between skin exposure and how cold they felt, thus inferring the women were too preoccupied thinking about their outer appearance to feel cold — proving Cardi’s hypothesis correct. An exciting development for all of us about to brave going out in the cool winds of winter!

Most importantly? They did quote Cardi B in the study.