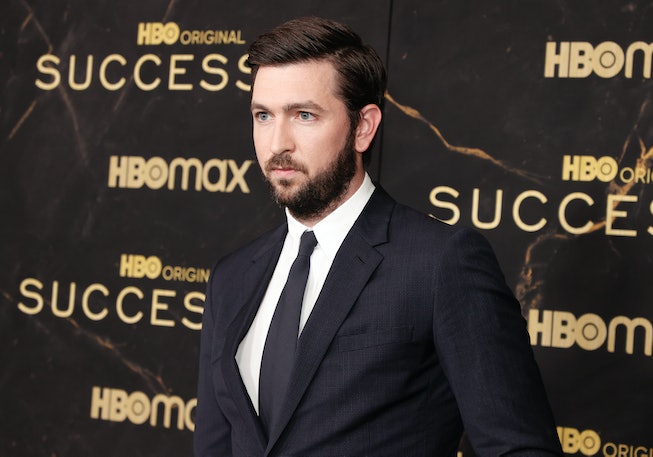 “Cat Person” refuses to die. Kristen Roupenian’s 2017 viral Me Too-era New Yorker story that prompted a controversy over consent, gender, and privilege — and then another controversy in summer 2021 around the writing of the original story — is going to be a full-blown feature film.

For those who missed it due to having lives outside media discourse on Twitter dot com, “Cat Person” is about a 20-year-old college student named Margot who starts hooking up with a 24-year-old man named Robert who’s a regular at the movie theater where she works. They have long, sometimes awkward text exchanges that lead to a date. Afterwards, she doesn’t really want to have sex with him, but does so to avoid having to navigate turning it down. Afterwards, she starts ignoring his texts, then eventually tells him she’s not interested. He repeatedly texts her, eventually texting her to tell her she’s a “whore.” The story was the New Yorker’s most downloaded story of 2017, one of its top reads, and inspired tons of think pieces, and enough of a frenzy on Twitter to propel it into a film.

Here’s everything we know about Cat Person so far, below.

The story has had a lot of controversy

“Cat Person,” as a story has been eclipsed by the discourse around it. While the initial story led to conversations about race, privilege and consent — the story went viral again summer 2021, after a Slate essay titled, “‘Cat Person’ and Me” was published. In the article, Alexis Nowicki says the story draws on specific details from her life, including her hometown, her workplace, eerie similarities to her ex-boyfriend, the location of their first date and the fact she and her ex, like the characters in the story, didn’t touch on their first date. After she found out her ex actually knew Roupenian, Nowicki reached out, and Roupenian said it was wrong of her not to remove those details, but maintained that the work was still one of fiction, based on her own experiences. Anyway, people had a lot of thoughts about all of this on Twitter, and probably will again once the film comes out.

The casting is incredibly on-trend

Is there anything more 2021 than Nicholas Braun and Michael Gandolfini being cast in the film adaption of “Cat Person?” Don’t think so! Braun is fresh off filming Succession Season 3, while Gandolfini’s The Many Saints of Newark released earlier this month, to no shortage of young Sopranos stans. Braun will play Robert, opposite to Emilia Jones, who will play Margot. They join Hope Davis (who’s in the new season of Succession), Liza Koshy, Geraldine Viswanathan, Fred Melamed, Isaac Powell, Isabella Rossellini, and Donald Elise Watkins.

The tone of the movie might be different than the story

The film is being billed as a “psychological thriller,” which connotes more of a You-level romance than one that focuses on power dynamics of contemporary dating. It’s going to be directed by Susanna Fogel, who directed and executive-produced HBO’s The Flight Attendant, which could be described as a dark comedy thriller, and written by Masters Of Sex writer Michelle Ashford.

“Using Kristen’s excruciatingly well-observed short story about the horrors of dating as the jumping off point for an actual genre film, Cat Person will explore the hellscape of modern romance,” Fogel told Deadline, “and the idea that we have all been the villain in someone else’s story, and the victim in others.”

A lesser part of “Cat Person’s” virality is the gross art that accompanied the story in the New Yorker — which some have pointed out bears resemblance to Machine Gun Kelly and Megan Fox’s sultry British GQ photoshoot that accompanying the interview in which we all found out that the phrase “I am weed” would forevermore stick in our psyches.