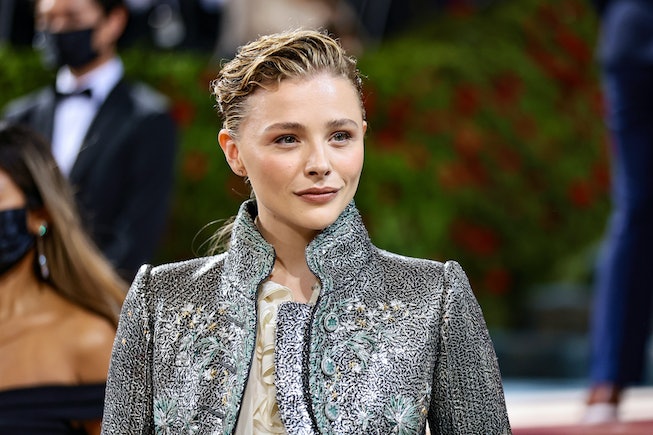 Celebrities have to put up with a lot of nonsense, the worst of which might be having your body be for the public’s consumption when you’re just trying to mind your own business. The Internet, as it has with most things, has of course made this worse. Not only are photos of celebs up for all to comment on, but now they’re also fair game for memes — ensuring one paparazzi photo has more lives than anyone ever needed.

Anyway, this happened to Chloë Grace Moretz. A photo of her carrying a box of takeout pizza into a hotel room was made into a meme comparing her to the Family Guy character Legs That Go All The Way Up Griffin— subjecting the actor to intense body scrutiny that she says has affected her for a long time.

In an interview with Hunger Magazine, she spoke candidly, for the first time, about what the experience was like.

“Everyone was making fun of my body, and I brought it up with someone and they were like, ‘Oh, shut the f*ck up, it’s funny,'” Moretz said in the interview. “And I just remember sitting there and thinking, my body is being used as a joke and it’s something that I can’t change about who I am, and it is being posted all over Instagram. It was something so benign as walking into a hotel with leftovers. And to this day, when I see that meme, it’s something very hard for me to overcome.”

Moretz said the meme “took a layer of something that I used to enjoy, which was getting dressed up and going to a carpet and taking a photo, and made me super self-conscious. And I think that body dysmorphia — which we all deal with in this world – is extrapolated by the issues of social media. It’s a headf*ck.”

She went on to say the experience made her a recluse. “It was great because I got away from the photographers and I was able to be myself, and to have so many experiences that people didn’t photograph, but at the same time it made me severely anxious when I was photographed. My heart rate would rise and I would hyperventilate.”

In the interview, she also talked at length about the “darkness that comes with fame,” as she puts it. Moretz, 25, has been acting for the last 20 years, and since she was 12 years old and the star of Kick-ass, has been hounded by paparazzi. It is devastating and unsurprising that with each passing week, another child star shares a horrifying story of the pitfalls of fame.

Last week, Demi Lovato slammed child stardom, calling her experience “traumatic.” And of course, from Britney Spears to Jeanette McCurdy, we’ve heard enough countless tales of kids being sexualized at a young age, undergoing financial abuse, and losing their childhoods to agree that thrusting a kid into stardom robs them of more than it gives them.

“I had to work through that,” Moretz says. “For a long time I was able to be the Chloë that people see and the Chloë that I am in private. Then those two worlds collided and I felt really raw and vulnerable and open.”