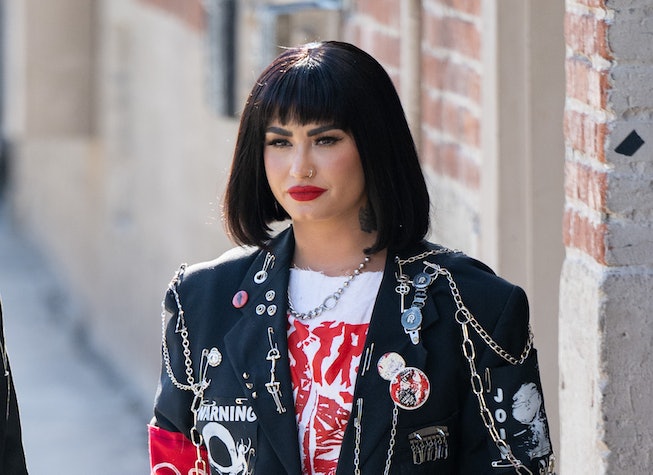 Show me a child star who has said one good thing about growing up in the spotlight. From Britney Spear to Jeanette McCurdy, at this point we’ve heard enough countless tales of kids being sexualized at a young age, undergoing financial abuse, and losing their childhoods to agree that thrusting a kid into stardom robs them of more than it gives them.

Demi Lovato is the latest celebrity to describe the nightmarish experience of being a child star. In an interview with Spin, Lovato shared how the experience negatively affected her.

“I’ll always look at child stardom, at what I went through, as something traumatic for me,” she says. “No child should ever be in the limelight. It’s too much pressure. There’s an absence of childhood that you never get to experience. It makes things confusing because you develop problems from that experience, whether it’s addiction or trust issues or financial stress. It follows you into adulthood.”

Lovato grew up on Barney, but was thrust into fame when she landed the starring role in Disney’s Camp Rock alongside the Jonas Brothers. From there, she became the Disney’s newest purity ring-toting teen It Girl, starring in her own show Sonny With a Chance and alongside Selena Gomez in Disney's Princess Protection Program. But while people like me were at home watching her onscreen irrationally jealous that she got to hang out with Nick Jonas, she was in a tailspin. She had an eating disorder, was self-medicating with prescription pills and alcohol after first trying opioids at age 12 after a car accident, and was dealing with having been sexually assaulted by a fellow Disney actor who was never punished, which she shared in the documentary Dancing with the Devil.

Lovato has always been a famously open book, sharing details about her struggles with addiction and an eating disorder across three documentaries. Recently, she’s been talking more openly about the perils of childhood stardom, including in an interview with Entertainment Weekly last month.

"In your teens, people who aren't in the spotlight are still trying to figure themselves out. They're going to parties. They’re making mistakes. And it's like, if you're a 15-year-old and you're making mistakes, it's magnified,” she sad. (Cue infamous photo of Miley Cyrus smoking a bong at a party, a perfectly acceptable thing for a 18-year-old to do.) "If I were to have kids and they came to me and said, 'Mom, I want to be in the industry,' I would have to say, 'Please wait until you're 18. Give yourself a childhood.’”