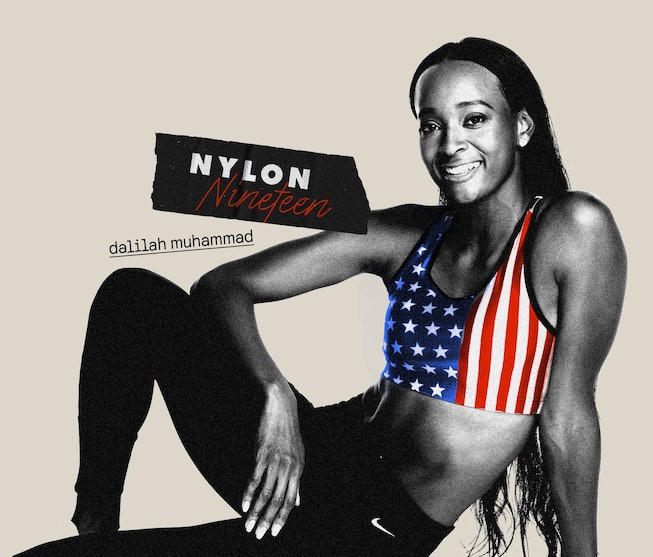 Dalilah Muhammad was doing what most kids in Queens, New York did in the 90s: running around her neighborhood for fun. But unlike the average seven-year-old, she was fast as hell. “A local coach saw me running in the neighborhood and asked my mom if I could join the track team,” Muhammad tells NYLON over email in between grueling training sessions. What followed was a triumphant domino effect.

Muhammad was her high school’s track and field superstar, which led to her eclipsing her fellow athletes during her time on the University of Southern California’s track team. Eventually her journey reached its apotheosis at the 2016 Summer Olympics, where domination was the name of the game; Muhammad ended up at the top, winning gold in the 400-meter hurdles.

Now, the track star is back again for the Tokyo Olympics, representing not only Team USA, but as an avid Beyoncé fan, the Beyhive. Beyoncé herself said girls run the world — Muhammad is also doing it literally.