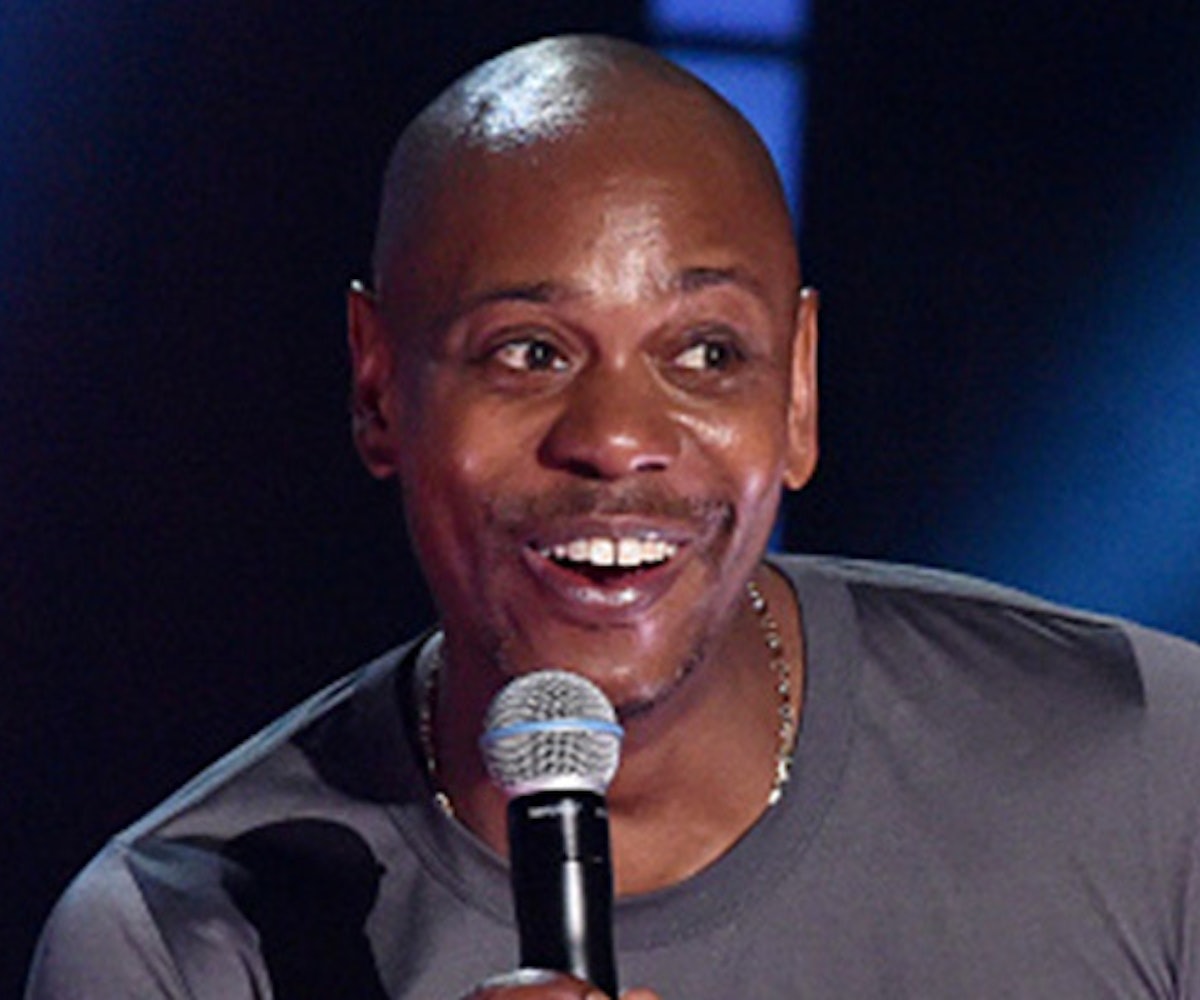 At first, I, along with a lot of other people, was really excited to see that Dave Chappelle had released two new comedy specials on New Year's Eve. But, unfortunately, that excitement quickly turned into disappointment after hearing some of his tone-deaf jokes. In one of his sets, released on Netflix, Chappelle addresses the myriad sexual harassment allegations against Louis C.K., only he doesn't take the side of the victims. Instead, he calls one accuser, Abby Schachner, a "brittle-ass spirit" and says the allegations make him laugh. The comedian also goes on to mock trans people. Hopefully 2018 is the year we don't have to hear more of this shit.

Then he wraps up the bit by echoing a sentiment shared by a lot of men: now that he has a daughter, he sees women as people. Chappelle says he “feels bad” and wants women to “win this fight" because while a decade ago, he “might have been scared," now that he’s got a daughter, he tells women, “if you win, she wins, and I’m rooting for you.”

In another bit, Chappelle makes fun of trans people. "You know who hates me the most? The transgender community," he says. "I didn't realize how bad it was. These motherfuckers are really mad about that last Netflix special."

He continues, "It's tough, man, I don't know what to do about it 'cause I like them. I always have. Never had a problem with them. Ya know, just fucking around. And a matter of fact I think I make fun of everybody, and I mean as a group of people they have to admit... it's kind of fucking hilarious, man. I'm sorry, bro."

Chappelle was referring to his last Netflix special, where he made jokes about Caitlyn Jenner that a lot of people felt were transphobic. In the new set, he goes on to say that being born trans is funny if you're not the one going through it, and compares trans people to Rachel Dolezal, the white woman who identifies as black. "That is trans talk, lady," Chappelle says. He adds that he "believes" trans people, though, because some of them choose to get gender reassignment surgery.

The rate of suicide and poverty is much higher among young trans people and, according to the Human Rights Campaign, "fatal violence disproportionately affects transgender women of color." In 2017, at least 28 transgender individuals were "fatally shot or killed by other violent means." So, being trans isn't as hilarious as Chappelle thinks.

It's interesting that Chappelle can write such thoughtful jokes centered on racism and the experience of being black in America but doesn't realize how insensitive and lazy his jokes are about other oppressed groups of people. He's one of the most brilliant comedians ever born and the most nuanced joke he can come up with about the trans experience is "it's kind of fucking hilarious, man." Good one.