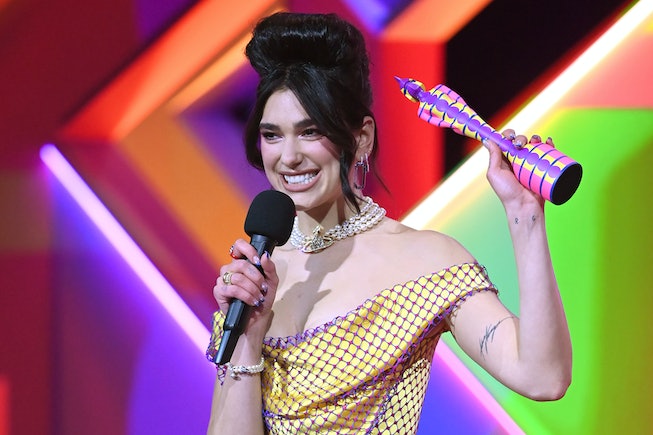 On May 22, a full-page advertisement appeared in the New York Times accusing model sisters Gigi and Bella Hadid, as well as pop star Dua Lipa, of antisemitism after the three women criticized the Israeli Zionist regime and spoke about their pro-Palestine politics. The ad, placed by Rabbi Shmuley Boteach and the World Values Network, directly addresses the three woman and reads, “Hamas calls for a second Holocaust. Condemn them now.”

The ad conflates the women’s criticism of Zionism with antisemitism, and Lipa responded with a statement of her own, calling it “blatant misrepresentation” and “false and appalling.”

“The World Values Network are shamelessly using my name to advance their ugly campaign with falsehoods and blatant misrepresentation of who I am and what I stand for,” wrote Lipa. “I stand in solidarity with all oppressed people and reject all forms of racism.”

Bella Hadid recently came under fire by the official Israel Twitter account who attempted to label Hadid as an anti-semite for her pro-Palestinian advocacy. Israel and Hamas have since agreed to a ceasefire following the eruption of violence following the displacement of Palestinians at the hands of Israeli settlers in Sheikh Jarrah earlier this month.

Read Lipa’s statement in full, below:

I utterly reject the false and appalling allegations that were published today in the New York Times advertisement taken out by the World Values Network. This is the price you pay for defending Palestinian human rights against an Israeli government whose actions in Palestine both Human Rights Watch and the Israeli human rights group B’Tselem accuse of persecution and discrimination. I take this stance because I believe that everyone — Jews, Muslims and Christians — have the right to live in peace as equal citizens of a state they choose. The World Values Network are shamelessly using my name to advance their ugly campaign with falsehoods and blatant misrepresentation of who I am and what I stand for. I stand in solidarity with all oppressed people and reject all forms of racism.

NEXT UP
Life
Away’s Second Designer Collection Will Have You Traveling In Style
Life
Pamela Anderson To Release "Unfiltered" Memoir, 'Love, Pamela'
Life
Emily Ratajkowski Called Out Marilyn Monroe Biopic 'Blonde' For "Fetishizing Female Pain"
Life
Read An Exclusive Excerpt From I’ve Had To Think Up A Way To Survive: On Trauma, Persistence, and Dolly Parton