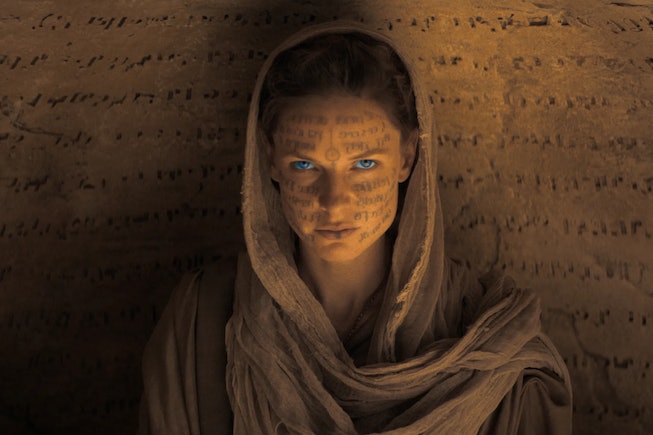 Thought the Dune mania was over? Not even close. If you’re determined to sit this trend out, it might be time to give in. Hollywood is milking the Dune franchise, which performed insanely, but unsurprisingly well at the box office, for all its worth, with or without Timothée Chalamet and Zendaya.

HBO Max has ordered a prequel to the Dune films: Dune: The Sisterhood, which will be directed by Johan Renck. According to Deadline, the show will be set 10,000 years before the ascension of Paul Atreides and “follows the Harkonnen Sisters as they combat forces that threaten the future of humankind, and establish the fabled sect known as the Bene Gesserit.” 10,000 years is quite the prequel if you ask us! Unfortunately, due to the lifespan of a person, it doesn’t seem like Chalamet or Zendaya can star, but there’s little doubt some other hunk will get tapped for the role, though there’s no word yet on casting decisions.

I’m personally looking forward to a more digestible (i.e., not two and a half hours-long) take on Dune, the Frank Herbert novel that every man in my college dorm read as obsessively as girls in Brooklyn trade Ottessa Moshfegh’s My Year of Rest and Relaxation. But a Dune series has actually in the works since 2019, when HBO Max tapped Denis Villenueve, who directed and produced the 2021 film Dune: Part One, to direct the pilot.

Now, Renck whose directed music videos for David Bowie’s final two videos for Blackstar and Lazarus, alongside episodes of Breaking Bad and The Walking Dead will take over the series. Diane Ademu-John — who recently worked on the excellent psychological horror series The Haunting of Bly Manor — will be the series’ showrunner.

Dune: The Sisterhood doesn’t have a release date yet, but in the meantime, you can rewatch Dune: Part One, or watch Chalamet nerd out as a middle-schooler talking about his custom X-Box controllers, though we must warn you it will zap up any attraction to him you might have. Meanwhile, Dune: Part Two is currently in pre-production and is set to start filming in July, according to Villeneuve. Despite nothing being filmed yet, it already has a tentative release date of October 23, 2023. Like we said, it might get increasingly more difficult to sit this trend out.