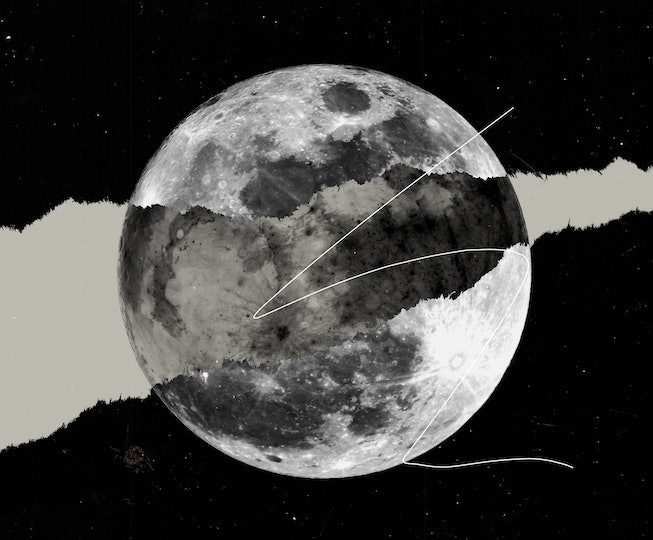 When there's a full moon in Aries, it’s important to think about Mars, since Mars rules over Aries. A full moon in the sign of Aries is bold and irreverent. It believes first and foremost in itself. One must have confidence when they’re ruled by Mars, because Mars is the force of will coupled with assertion. For those of us who have spent the past several months overcome with existential dread, a full moon in Aries is good medicine. With the Moon making a semi-sextile to Uranus, the energy is only that much more charged, that much more willing to break free from the mold. The Aries moon bets on itself because it knows if we become our own closest allies, we can’t lose. It lights up the crisp night and the newly reaped fields and reminds us that resistance and world-building are historical — that we carry within us ancient cycles of resilience.

On the topic of historical world-building, every now and then I think about Elon Musk's plan to have 100,000 people on Mars by 2050. I think about exorbitant wealth and entitlement, how so many of us are raised to believe that we can treat anything like it's replaceable and disposable — even a whole planet. I think about how inhospitable Mars is, and how, to make it more livable, Musk has proposed we detonate nuclear bombs over its poles. For water, we consider radiating a celestial body while we run ruinous pipelines through the water that we have here on Earth. There are people, powerful people, who want us to believe that our world is so irredeemable that a cold planet without oxygen holds better prospects.

This belief, this way of life, isn’t so different from our political arena where we are asked to choose between two inhospitable forces because there’s no other viable solution. The fact that Mars retrograde presides over our election season is no coincidence. This transit is already tense and only compounded by the square Mars makes to Saturn. The square thwarts the relief of Saturn stationing direct on September 29 and challenges us to find meaning in the work we do rather than the results we expect to see. On the other side of the voting booth is the much longer and arduous task of figuring out how to govern ourselves so that we might survive this government.

There is more to living than survival, however — more to world-building than claiming ownership over an un-colonized planet. There is experimentation and faith and play, all things Aries excels in when they put their mins to it — or their horns. Imagine, in this year of the elusive Aries chanteuse 2020, Mariah Carey revealed her secret alternative music project. In a tweet where you can listen to one of the songs, she shared a page from her forthcoming memoir, The Meaning of Mariah Carey. The page reads:

"I’d bring my little alt-rock song to the band and hum a silly guitar riff. They would pick it up and we would record it immediately. It was irreverent, raw and urgent, and the band got into it. I actually started to love some of the songs. I would fully commit to my character. I was playing with the style of the breezy-grunge, punk-light white female singers who were popular at the time. You know the ones who seemed to be so carefree with their feelings and their image. They could be angry, angsty and messy, with old shoes, wrinkled slips and unruly eyebrows, while every move I made was so calculated and manicured. I wanted to break free, let loose and express my misery – but I also wanted to laugh. I totally looked forward to doing my alter-ego band sessions after Daydream each night."

In the words, “I wanted to break free, let loose and express my misery – but I also wanted to laugh,” there is an echo of the tense aspect that the Sun makes to Uranus during this full moon, an aspect that holds many of these very same longings. Choosing to find joy and play in a world that has been treated as disposable is a kind of resistance, especially if you are one of the many people who have been treated like that yourself. Refusing the bare minimum terms of survival creates a link between you and the Earth, a bond — and a bond is a kind of world. If tonight, you are filled with longing to know this world and be known by it in a way that is entirely unique to you, you won’t be alone.