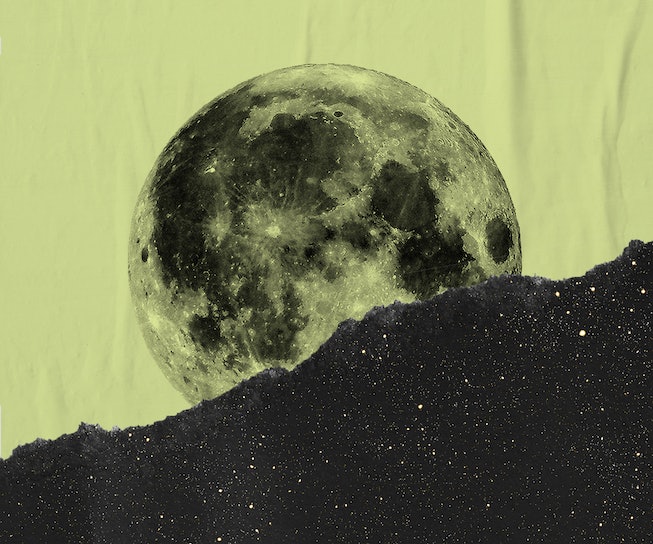 It's Friday and the moon is full in Sagittarius; it's the first week of June and the second week of riots rising up all over the nation, echoing across the world in solidarity. A penumbral eclipse, our full moon slips into Earth's outer shadow and, while North America might miss its noticeable effects, Rome's skyline won't. That, star babes, is what livestreaming is for. Speaking of Rome, during this week of civil unrest, numerous friends have reached out to me asking if it's true that Neptune was in Pisces when Rome fell and Saturn was in Aquarius during the LA riots that followed the Rodney King verdict — both transits happening at this moment. Yes, and yes, reader. I've been playing that one Tracy Chapman record that opens with "Across the Lines" almost every morning. In it, she sings: tonight the riots begin.

Out all day protesting, I sit down to rest and rehydrate in the dingy grass of a city park. I think about this week's full moon, also called a Strawberry Moon. Looking down, I realize I've settled in a wild strawberry patch. The strawberries are so unlikely, red and scrappy, yet the more I look for them the more I see. It's like that in the streets, too, amongst the protesters, dissenters, mourners, radicals, and prison abolitionists. The more you look for unlikely sweetness, the more you see angels everywhere. Backpacks brimming with offerings of water bottles and granola bars; Ziplocs stuffed with surgical masks, gloves, and pamphlets on defunding the police; bicycles rigged with portable cell phone charging stations; one elderly Black woman holding up her soft hand against oncoming traffic while she leans onto her cane, allowing the march to pass. When Gil Scott Heron said, "the revolution will not be televised," perhaps he also meant this — love as a natural part of discord, nurturance inside every fire — and so many moments that yoke us together long after the cameras are gone.

On April 29, 1992, about three hours after the unjust verdict which acquitted the LAPD officers involved, riots erupted. The True Node at the time was two degrees in Capricorn. Now that point sits almost directly on our Earth's South Node, representing a collective memory of institutional disregard, of systemic disrespect. Our True Node is positioned at 29 degrees Gemini, a completion point. A crisis point. For many astrologers, especially those invested in Spiritual astrology, the South and North Nodes speak to past lives and ongoing cycles. What was not resolved, resurfaces, and is reckoned with as we move toward the North Node’s providence. Gemini as North Node believes actions speak louder than words, believes in community and collaboration as a goal and not a byproduct, believes that the only kind of justice is justice for all. If Saturn was in Aquarius when the LA riots began that Saturn in Aquarius now is a Saturn Return. The young people you see in the streets in their late 20s are the children of that revolt, and you can't fool the children of the revolution.

Here, we return to the full moon, Earth's steadiest accomplice. In Sagittarius, the moon holds the truths and experiences of the collective in sacred balance. It believes that the people united are mighty, and where there is energy, there is the possibility for radical change. The full moon in the shadow of the Earth learns the quality of its shadow. Darkened, it's enriched by what it learns about darkness, how fertile it is and how full of life. Eclipses on the Sagittarius-Gemini axis ask us to interrogate our relationship to knowledge and to each other, the ways in which our ability to build relationships is tied to the knowledge we hold sacred. Usually, a full moon is a day of rest, and Friday, too, is the Sabbath. For those who are worn down by being brave, in need of a good long soak, and a printout or digital copy of a Black Revolutionary Text, rest assured the Sagittarius Lunar Eclipse salutes your efforts. For the ones who resist curfew because they, like all Sagittarians, believe rules were made to be broken, for the ones who cry out, that they'll rest when they're in the ground — and not one moment before that — let this full moon light your revolutionary heart to safety, from one sanctuary to the next.