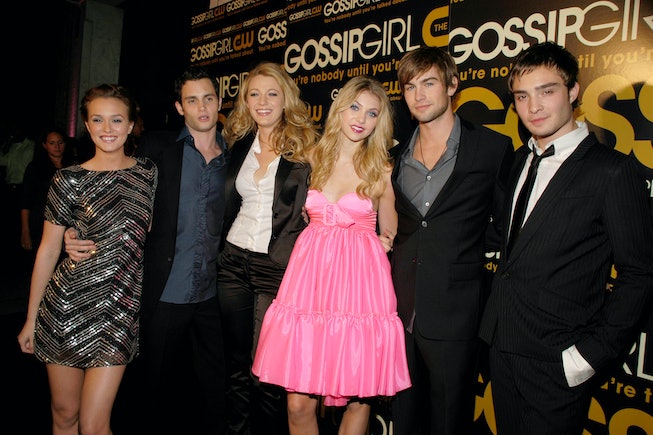 The following contains spoilers for the original and rebooted Gossip Girl series.

The Gossip Girl reboot airs this week, which gives former Gossip Girl writers (maybe with freshly expired NDAs?) an excuse to dust off some secrets about the original series, which ended in 2012.

Joshua Safran, a writer and producer for the original series and a creator of the reboot (who left after Season 5 to work on NBC’s Smash), told The Daily Beast that it wasn’t Dan who was originally meant to be the voice behind the blog chronically the scandalous lives of Manhattan’s elite — but Nate.

He said in the interview:

I think there would have been holes in anybody being Gossip Girl, and it wasn’t Dan when I left the show [after Season 5], but I also understand why it is Dan. Yes, I agree there are things that don’t line up, but it had to be Dan. I wanted it to be Nate, and it actually makes much more sense when it’s Nate—even when it doesn’t make sense. I mean, it would have been great to never reveal it.

Finally, an acknowledgement that it doesn’t make sense why it’s Dan, or Nate! He continued:

It was Nate. It was Nate until the day I left. I think we all came to the conclusion that it might be Nate by the end of Season 4, and then we spent Season 5 teeing it up. If you watch it, there are many clues to it being Nate. But I also think weirdly, in noir fashion, it’s great that we dropped a red herring. But it wasn’t as organic as Dan. With Dan, it makes sense because he wanted to find a way in; but with Nate, it was because he’d never sent anything in to Gossip Girl, and if it had been Nate, it was based on this idea that he’d felt so guilty for sleeping with Serena that he had to create an alter ego to bring us all to it.

Apparently, the original Gossip Girl was actually supposed to be Eric van der Woodsen, Serena’s little brother, but Safran revealed in 2017 at Vulture Fest that they scratched that plan after NY Post wrote an article revealing it Eric.

We all know Nate couldn’t have even crafted those corny posts because he literally never says anything remotely interesting, and there are obviously a million plotholes with it being Dan (why would he leak that Serena bought a pregnancy test?!) But either of those options are probably better than the teachers being Gossip Girl, which is the plot of the reboot.