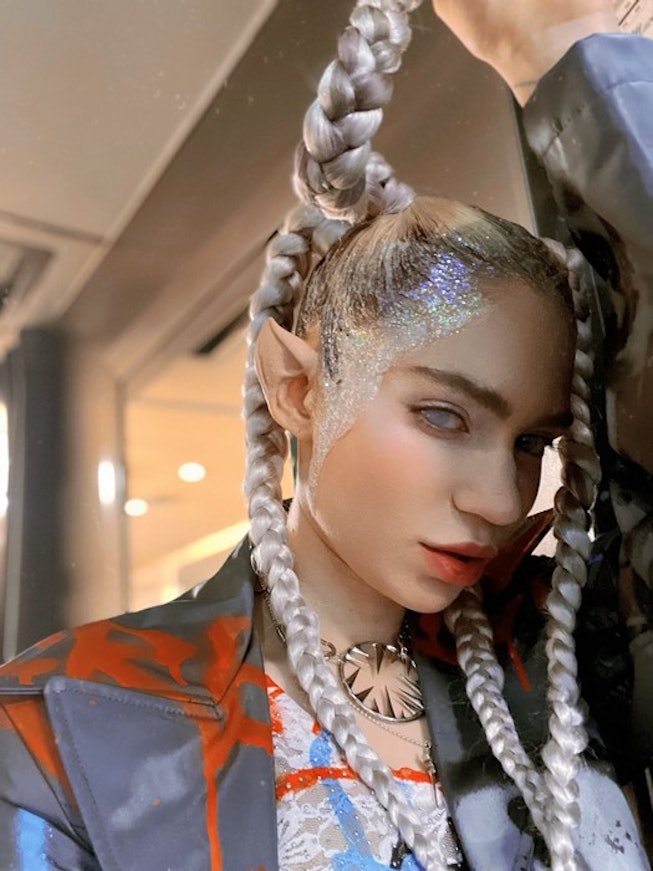 As the one of the driving forces of the pop music vanguard, Grimes has a lot to say. Sometimes it’s wacky, like when she tried to explain how artificial intelligence was the fastest route to communism. Other times it’s just straight up riveting, like when she said that motherhood is a “war-like” and “feral” state. The relationship between Grimes and the masses is symbiotic: Grimes is obsessed with talking and people will listen to everything she says, get mad, then come back for more. The logical next step is clear — a Grimes podcast, baby!

The singer announced that she too was joining the podcast industrial complex during a transmission on the “Metaverse Stage” of her newly launched Discord server. The new project, likely titled Homo Techno, will be co-hosted with her friend and frequent photographer Liv Boeree and most probably get into Grimes’ favorite topics: AI, techno music, faeries, life on Mars, the intricacies of sword dancing, the Dune saga, and more.

Grimes also used her transmission broadcast to tease a new song, “Shinigami Eyes,” a techno track that’s part ode to the iconic anime Death Note and that time she trolled everyone into thinking she got experimental eye surgery to block out all blue light. Grimes initially hinted the song’s title with binary code — she is nothing if not but on brand.

Her obsession with anime has been well-documented, and Grimes scholars already knew she was captivated by Shinigami, the supernatural spirits that invite humans toward death in Japanese culture. “I got Shinigami eyes. It cost me half my life span but now I can see the true name of everyone and when they will die,” she tweeted in 2019. “Only the real will ones will understand.”

Aside from “Shinigami Eyes,” Grimes also teased new music with EDM DJ Chris Lake and starred as the party girl alien of her dreams in Doja Cat’s futuristic vision for “Need To Know.” All that, plus a new Discord and podcast? Buckle up, Grimes stans, a new epoch is in the works! Until then, get a taste of “Shinigami Eyes,” below.